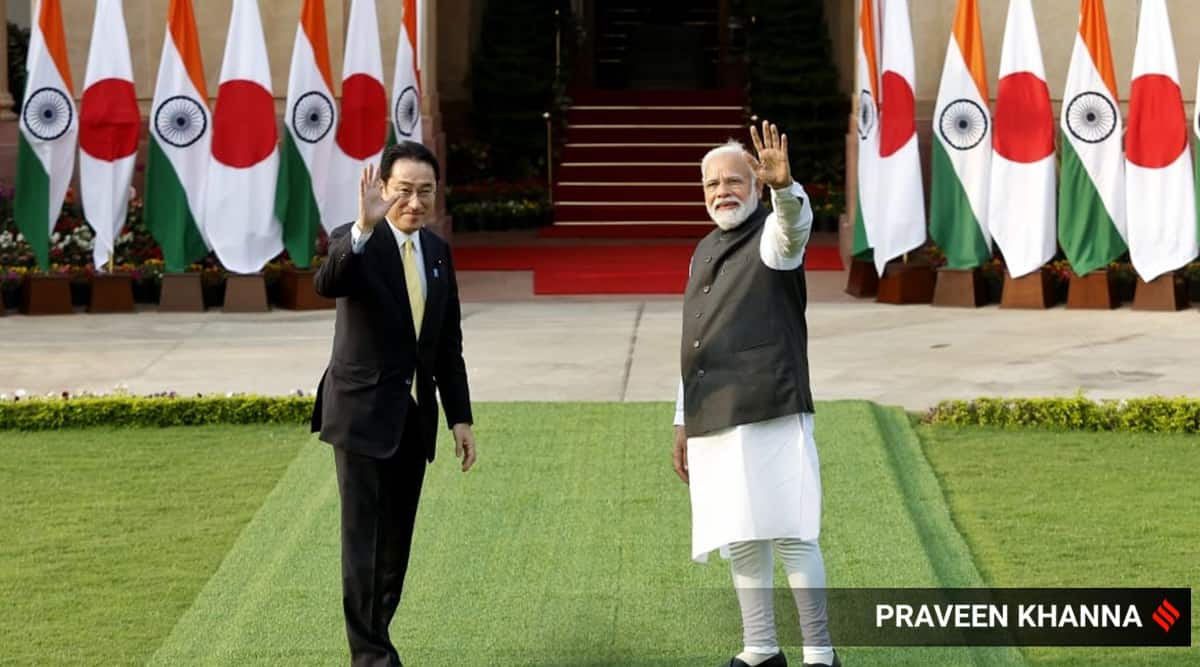 Listening to Prime Minister Narendra Modi, Japanese Prime Minister Fumio Kishida on Saturday denounced Russia’s aggression against Ukraine, calling it a “serious development” that has “shaken the foundations of the international order”.

Modi, who spoke with Kishida at Hyderabad House in New Delhi, did not mention Ukraine directly and referred to “geopolitical developments”.

“Geopolitical developments present a new set of challenges. In this context, deepening the India-Japan partnership is not only important for the two countries, but also for the Indo-Pacific region and will promote peace, prosperity and stability in the world,” Modi said, adding that They had also exchanged views. on regional and global issues.

This stems from the investment promotion partnership of 2014 when the two parties agreed to invest 3.5 trillion yen in the period 2014-19. This objective has been achieved, taking into account official development assistance and investments from Japan. The new target will offer the possibility of greater involvement of Japanese companies in the Indian economy.

The joint statement said the prime ministers noted with satisfaction that since the elevation of ties to a special strategic and global partnership, there has been a significant growth in economic cooperation.

“They expressed their satisfaction that the investment target of 3.5 trillion Japanese yen announced in 2014 had been achieved. Noting the steps taken by India to improve the business environment for Japanese investors in India, along with other measures to boost economic growth and improve the ease of doing business, they expressed their joint intention to make 5 trillion yen in public and private investment and financing from Japan to India over the next five years, to fund appropriate public and private projects of mutual benefit,” he said.

Both parties have signed cybersecurity pacts and announced a clean energy partnership.

They agreed to convene a two-plus-two meeting between their foreign and defense ministers as soon as possible.

After meeting Modi, Kishida, on his first visit to India as Prime Minister, said: “Russia’s invasion of Ukraine is a very serious event that has shaken the foundations of the international order. I expressed my views to Prime Minister Modi. I said that unilateral attempts to change the status quo through the use of force should never be allowed in any sphere.

Japan’s comments are in line with its position expressed at the Quad leaders’ summit – it joined the United States and Europe in condemning Russia’s actions and also imposed sanctions.
He told Modi and he agreed that “peaceful solution is needed for all issues in accordance with international law”. And given these developments, he said, both countries should make efforts for a free and open Indo-Pacific.

He said Japan, along with India, would continue to call for a ceasefire and want the conflict to be resolved through diplomacy.

Japanese Prime Minister’s spokesman Hikariko Ono said “most of the time” of the discussion was devoted to the situation in Ukraine. She said the leaders met for 110 minutes.

She also flagged the issue of nuclear threats from Russia. “Prime Minister Kishida, who is from Hiroshima, which was badly devastated at the end of World War II,” said “any nuclear threat posed to its use cannot be tolerated.”

She said Kishida had actually called the Russian aggression “outrage” and a flagrant violation of international law.

Foreign Minister Shringla said Ukraine was discussed at the bilateral meeting and quoted the joint statement.

Although the statement did not mention Russian aggression, it said the prime ministers “expressed grave concern about the ongoing conflict and humanitarian crisis in Ukraine and assessed its wider implications, in particular for the Indo region. -peaceful”.

“They underscored that the contemporary world order was built on the Charter of the United Nations, international law and respect for the sovereignty and territorial integrity of States,” reads the joint statement – language similar to the declarations of India to the UN where it did not name Russia but flagged areas of concern.
“They underlined the importance of the safety and security of nuclear facilities in Ukraine and recognized the active efforts of the IAEA in this regard,” the joint statement said.

“They reiterated their call for an immediate cessation of violence and noted that there was no other option but the path of dialogue and diplomacy for the resolution of the conflict,” he said. , adding that the leaders had affirmed that they would take appropriate measures to deal with the crisis. humanitarian crisis in Ukraine.

The summit between Indian and Japanese PMs took place after three and a half years – the last summit was held in Japan in 2018.

The 2019 summit in Guwahati between Modi and Shinzo Abe, his Japanese counterpart at the time, was canceled following protests over the amended citizenship law.