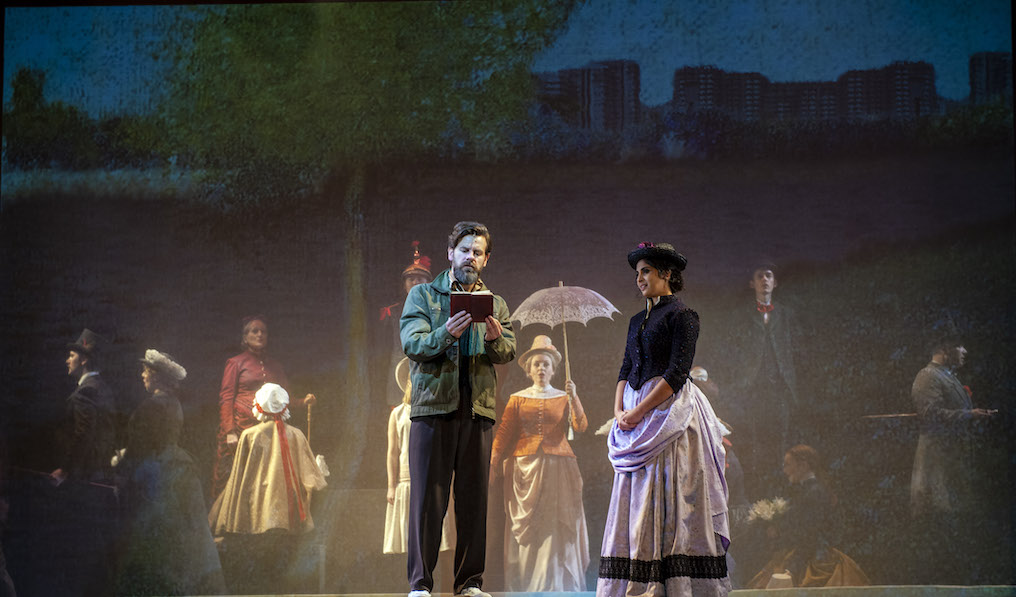 A creative journey with Sondheim

What did Stephen Sondheim mean to me? It is an attempt to bring order to chaos.

My first encounter with his work is a rerun of the 1962 film adaptation of West Side Story (1957). I am about 7 or 8 years old. It has an immediate effect on me – the lyrics and the book in particular. The translation of the family divide in Romeo and Juliet into a story exploring social disadvantage, racial tensions and violence. It’s fascinating, young as I am.

At 16, I see an Into live Woods (1986). I’m learning that theater can be both playful and cerebral, ironic and emotionally compelling. It resonates deeply with me as a passionate and disoriented teenager in need of guidance. Not only does it frame my understanding of theater, but it shapes my way of thinking about the human condition.

I am 26 years old and we play We ride happily (1981) for our final production at the Drama School. â€œHow is all of this going to play out for us? We can’t help but wonder.

It’s a show that I revisit again and again as an artist, including with the company I founded, Check it out, in 2017. When a once-in-a-lifetime pandemic locked us all in our homes, I play Sondheim’s incredible overture and soundtrack for my kids. We spend mornings dancing and to sing:

Some roads are soft
And some are bumpy
Some roads you really fly
Some rides are difficult
And leave you nervous
Why make it difficult
By becoming cranky?
Lots of routes to try

Sometimes life pulls you into a ditch and you just have to lay there until you can crawl. I rely on the music and lyrics of Sondheim to convey this difficult truth to my children.

In 2011, I embarked on the project of creating a repertoire company in Sondheim, Watch This. It amazed me that Australia does not have one.

It was a singularly intimidating thing to set my course to carry out such heavy work with an independent company and all the constraints that that implies. You want to do his work justice.

When inviting an audience to see a Sondheim show, I always try to be clear-headed about how it speaks to us here and now.

In 2014, when we produced Pacific openings (1975), it was an election year and much of the political rhetoric was to ‘fill up with the sea’.

Pacific openings takes place in Japan after about 200 years of deliberate isolation from the world, at the time of the Western incursion. It was important for us to ensure that the Japanese characters were centered in the narrative rather than being exotic, with our audience positioned squarely as â€œthe outsidersâ€.

We see the story unfold from a Japanese perspective, through our two heroes who are sent to the water’s edge to literally stop the boats and hold back the flow of the story.

we staged Society (1970), a musical about relationships and intimacy, during the national debate on marriage equality.

In a twist of fate, we programmed In the woods, a story about a motley collection of characters who must unite to face an existential crisis, in 2020.

In 2019, I had the chance to co-direct Sunday at the park with George (1983) with Dean Drieberg and an amazing team. It was a highlight of my career.

It is worth stopping for a moment here.

Often people approach this musical as if it were George, the author-artist. But Dot, her lover and muse, is just as important. She makes an incredibly difficult decision to prioritize a future for their child. His choice is what propels us into act two.

George chooses a vertical eternity: he devotes himself to “finishing the hat” so that his experimental masterpiece can be hung forever in a gallery. The choice of Dot extends horizontally on the axis of time: it is perpetuated in the generations which follow it.

It’s a show about inheritance and mortality. Children and art.

It’s a strange and disorienting thing to cry for someone you’ve never met. I didn’t expect him to hit me so hard. When you spend a decade in someone’s work delving deeper and deeper into different worlds and a myriad of complex ideas, it’s an incredibly intimate relationship.

I know I am not alone in this feeling. Many people all over the world feel a deep sense of loss. Grief in the theater community is like an electric current. I cried on the phone to a longtime collaborator, because it’s hard to explain to someone outside of our community – it’s incredibly personal.

In a 1988 interview with 60 Minutes, Sondheim was asked if he would have liked to have children. You can see the regret on his face. ‘Yes’ he replies, but adds:’art is the other way‘.

He is. There are generations of theater makers and audiences who have an extremely personal relationship with Sondheim’s work. This is his heritage. His musicals – even those 40 or 50 years old – still speak so directly to my own generation and to the younger ones. His works are porous, allowing for constant re-imagining and immediate and contemporary connections.

Sondheim revolutionized American musical comedy and changed us with it. He completely changed me. His career is a testament to an artist’s need to take risks and change, to “move on to something new”. And his works reflect the beauty, the terror and the exquisite pain of being alive.

The fact that we seek his lyrics and music as the very tools to process his death indicates Sondheim’s impact on the world he left. It is the imprint of a giant.

This article is republished from The conversation under a Creative Commons license. Read it original article.