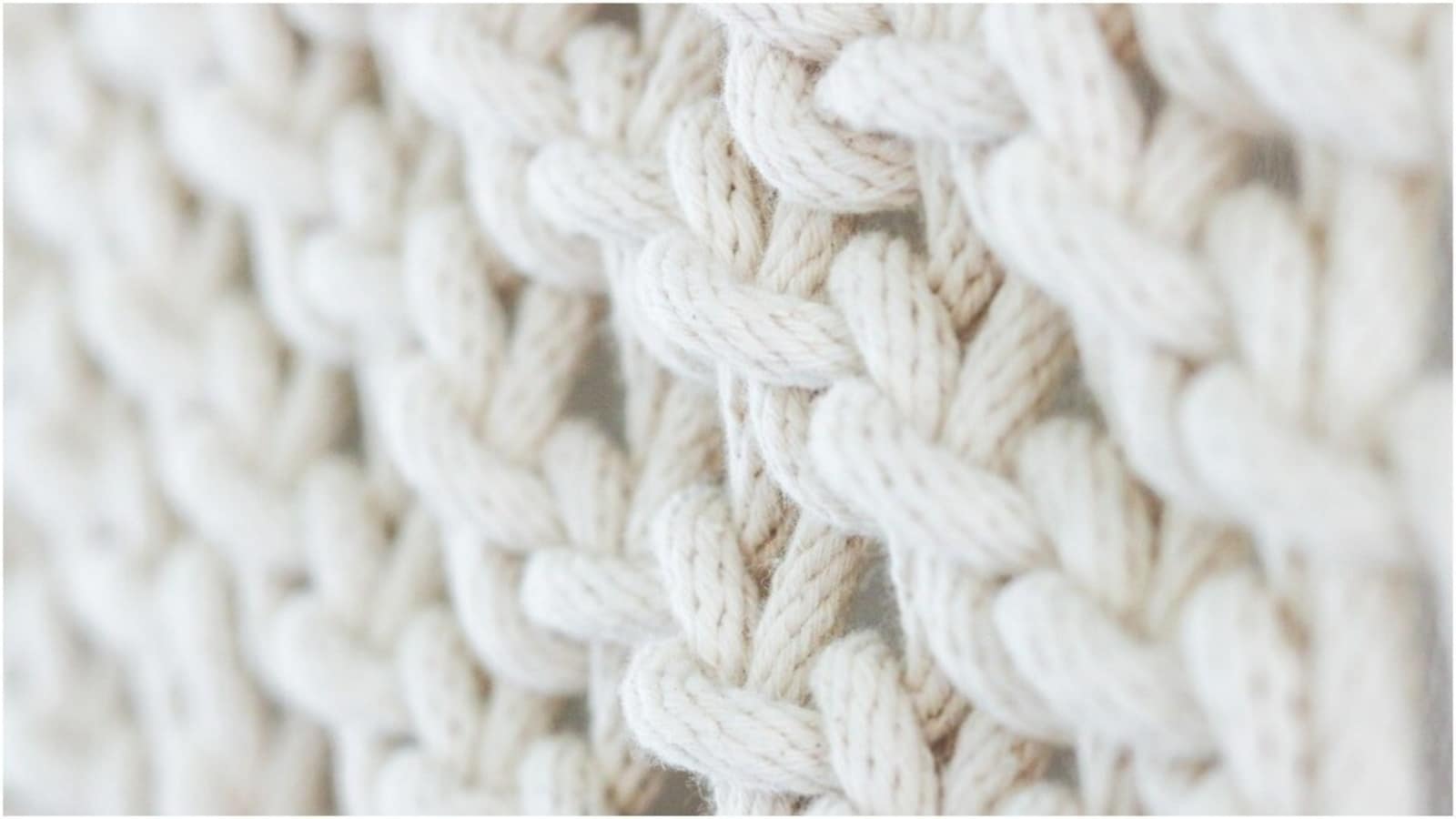 
Using a long needle, Chinese artist Yin Yue diligently pushes a piece of wool onto a pink-purple wool-felt elephant in his Beijing studio.

She stumbled upon the art of wool felt about ten years ago and made a career out of it. His current exhibition at a Beijing art center features mushroom-headed figures sitting on chairs, as if posing for a family portrait.

“I stumbled across some wool felt art photos online by chance. I was very interested in this type of material, so I researched and started trying to do something,” Yin, 31, said.

“At first it was just a small hobby. I wouldn’t have thought I would do it as a profession.”

The elephant, the size of a small child and depicted in a fetal position, has special meaning for her. She started working there when she was pregnant with her son, who is now five months old.

“When I was doing this piece, every time I held it, I imagined what my baby would look like in my womb,” she says. “I felt like the room grew with the baby. In my imagination, they have connections.”

This sense of family came through his artwork at the Beijing exhibition, visitors said. One featured a small mushroom-headed family and another featured an adult and a full-sized mushroom-headed child. The exhibition opened in April and runs through September.

“When (I saw them), a feeling of warmth came over me. This set of figures looks like a mother and her daughter, ”said college student Shi Wenjie as she toured the exhibit.

“They all wear comfortable clothes with gentle gestures, making people feel like they are at home.”

Yin was first recognized by publishing her works online and has participated in nine exhibitions in China and Japan since 2012, including three solo exhibitions.

Some of her works are sold in galleries and others to individual buyers, she said.

This story was posted from an agency feed with no text editing. Only the title has been changed.