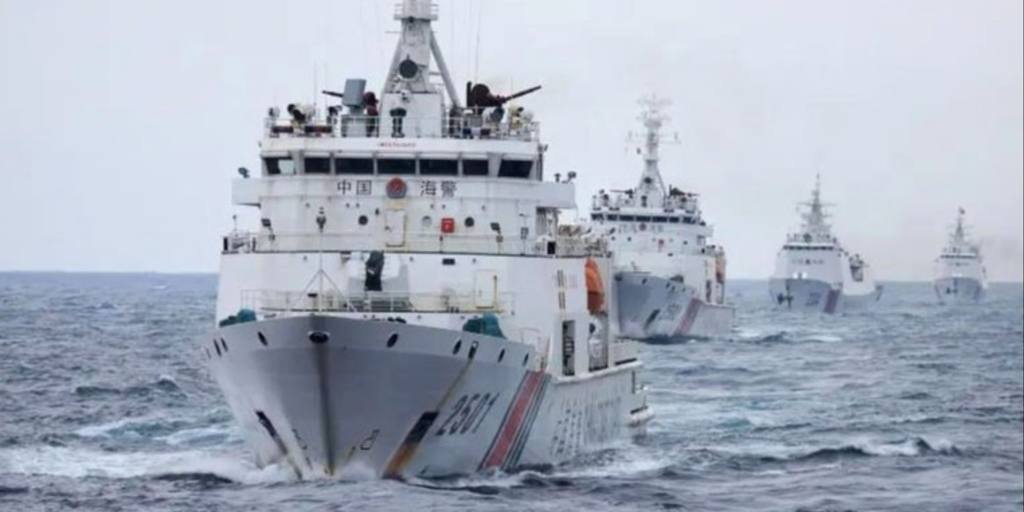 
TOKYO – The Chinese coastguard has made repeated forays into the waters around the Japanese-administered Senkaku Islands in the East China Sea, setting a record for the number of consecutive days.

Chinese ships crossed the contiguous area around the islands on Friday for the 112th day in a row, according to the Japanese Coast Guard. They have entered the contiguous zone every day since mid-February, surpassing the previous record of 111 consecutive days from April to August 2020.

China also trespassed into the territorial sea of ​​Japan for four days in April and five days in May. From January to May, China entered the waters for a total of 20 days. This has led to a number of incidents where Chinese vessels have approached Japanese fishing vessels. On May 29, four Chinese Coast Guard vessels approached three Japanese fishing boats, prompting Japanese Coast Guard patrol vessels to ensure their safety.

The islands, which China claims and calls the Diaoyu, lie about 170 km northeast of Taiwan.

“This year is a special year for the government led by Xi Jinping as it marks the 100th anniversary of the founding of the Chinese Communist Party,” said Rumi Aoyama, professor at Waseda University in Tokyo. “He is focusing on sovereignty issues to show his strength at home. He could therefore take aggressive action around the Senkaku to keep Japan in check.”

“It will be important for Japan to make an effort to make its position understood,” she added. “Collaboration with the United States and Europe will have a chilling effect. And we also need a mechanism to prevent unexpected developments by setting up a channel [of communication] with China. “

The Senkaku Islands in the East China Sea. © Kyodo

Japanese Defense Minister Nobuo Kishi said the actions of Chinese ships “are unacceptable” during a press briefing on Friday. “We will take all possible measures for vigilant surveillance and intelligence gathering,” he said.

Chinese Navy warships have also been spotted around the Nansei Islands, a chain stretching southwest from Japan to Taiwan. On May 31, three ships, including a guided missile destroyer, crossed the southern coast of Kagoshima Prefecture, entering the Pacific Ocean. In April, the Chinese aircraft carrier Liaoning sailed between the main island of Okinawa and the island of Miyako on two occasions.

“In another scenario, China invades an isolated island off the coast of Taiwan and the US military steps in. Since China considers the Senkakus to be part of Taiwan, tensions will rise,” he added. .

“The [Japanese] Self-defense forces will have to be deployed to face [China] Coast Guard vessels that are more heavily armed than before, “he said.” Showing that you are ready to deal with specific situations has a deterrent effect.

China has taken the position since the 1970s that the Senkaku Islands are its territory. When Japan nationalized the islands in 2012, Chinese ships began to enter the territorial sea more frequently. In February, China enacted a new law that gave its coast guard extensive powers as a quasi-military organization, which led to more activity around the Senkaku Islands.

Some in the Japanese government believe that China is trying to put pressure on Japan, which has become more involved in the Taiwan issue.

Last April, Japanese Prime Minister Yoshihide Suga and US President Joe Biden underlined “the importance of peace and stability across the Taiwan Strait” in their joint statement following their meeting in Washington. It was the first time since 1969 that the island had been mentioned in a post-summit document by leaders of both nations. Japan also pledged to “strengthen its own national defense capabilities to further strengthen the alliance and regional security.”

China condemned the two countries for mentioning Taiwan, accusing them of interfering in China’s internal affairs. 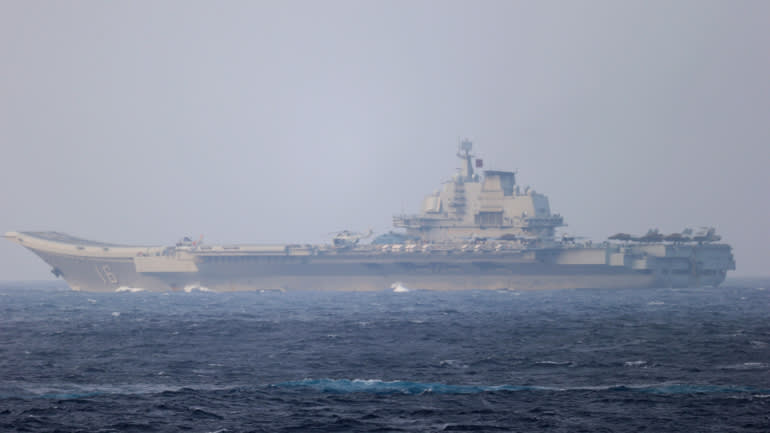 Some Japanese government officials and ruling party lawmakers fear that depending on Japan’s actions, China may increase intrusions into the territorial sea around the Senkaku Islands, which could eventually lead to an inadvertent escalation between the guards. – coasts of countries.

Japan aims to cooperate with the United States and Europe to urge China to show restraint. Country leaders plan to discuss China’s continued intimidation in the East and South China Seas at the Group of Seven summit, to be held in the UK from next week, to highlight a united front to face the problem.

Japan plans to deepen security cooperation with European countries like the UK and France, in addition to strengthening security ties between the Quadrilateral Security Dialogue, or Quad, which brings together Japan, United States, Australia and India.

Japan will also seek to engage directly with China. On Thursday, senior officials from the foreign ministries of Japan and China held a video conference. Japanese Foreign Minister Toshimitsu Motegi told reporters the next day, “We will reach out to China and continue to monitor the situation.

In March, defense officials from the two countries held an online meeting to discuss a mechanism to prevent accidental collisions at sea and in the air.

Some lawmakers from the ruling Japanese parties and the opposition are convinced that the coast guard alone cannot stop the actions of the Chinese coast guard who have improved their weaponry. They think Japan should indicate how the Self-Defense Forces will get involved in deterring threats from China.