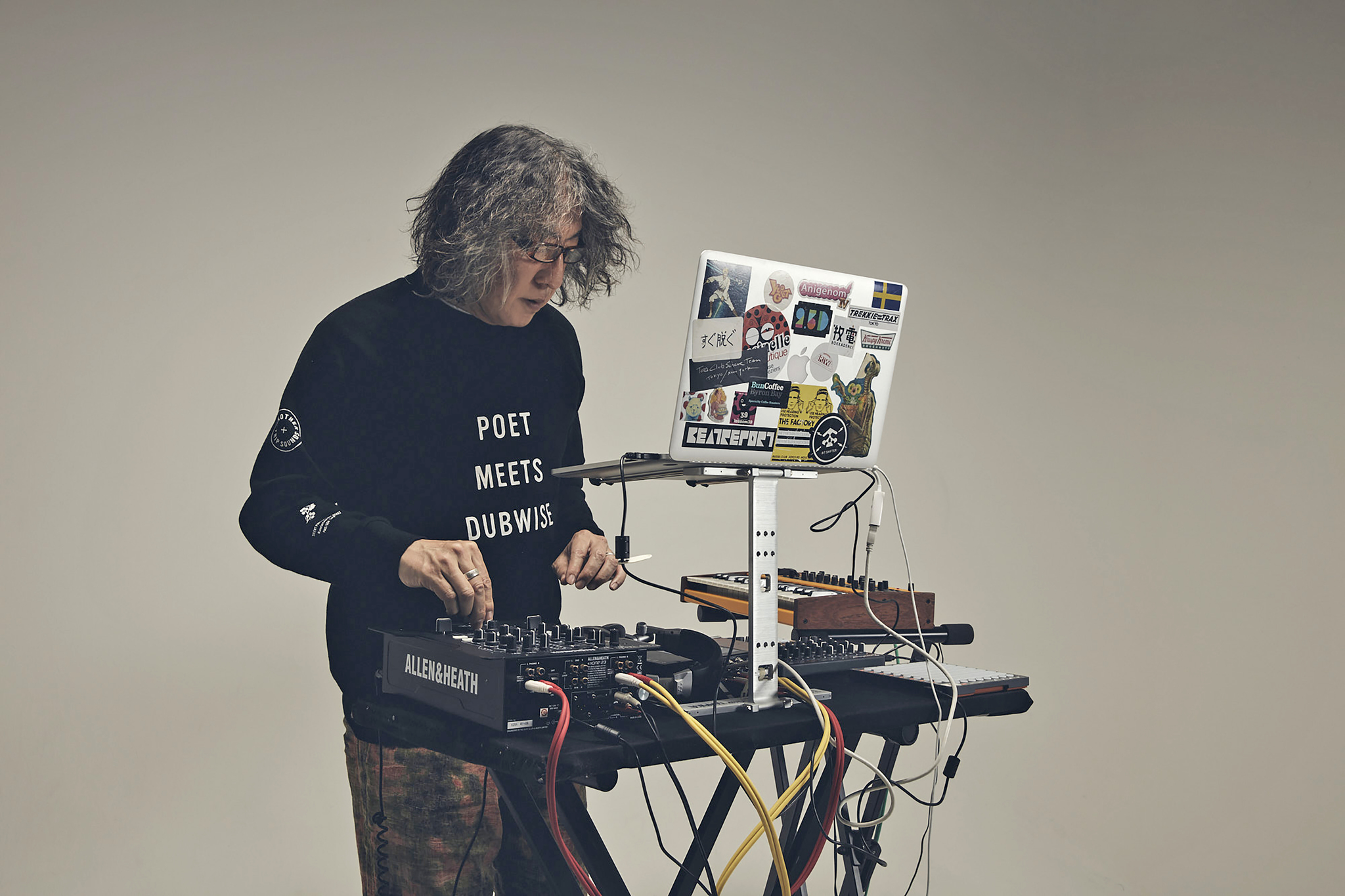 Even if you don’t know Hirokazu Tanaka’s name, there’s a good chance you know his music. Best known to video game fans as Chip Tanaka, he’s the guy behind some of Nintendo’s most famous soundtracks from the 80s. Tunes maker featured in nostalgic tracks like “Metroid”, “Super Mario Land “and” Tetris “, it also produced the opening theme song” Pokemon “in 1997. When it first launched, few people expected” Pokemon “to be as popular as it is today. , and the original song has now surpassed two million CD sales.

Tanaka had made a real name for himself in the late 80’s, but, never satisfied, he continued to research chiptune sounds even after leaving Nintendo. After celebrating his 50th birthday in the winter of 2007, he was thirsty for a new project to put his creative teeth into and decided to give himself a new name: Chip Tanaka. Before the coronavirus pandemic, he actively played DJ sets in some of Tokyo’s renowned venues. Thus, Tanaka is still one of the main legends of today’s Japanese music scene, releasing his third album. Domani this november.

The Italian word domani translates to “tomorrow”, a fitting name given that the album addresses ideas of permanence, impermanence, transience and dreams. The pandemic allowed the artistic legend to return to the rock albums he listened to as a youth, prompting the 64-year-old to aim higher than ever. Metropolis met the artist of living legend on this highly anticipated album.

M: You performed regularly at events and shows. How did you spend your time at home after the pandemic?

HT: Every event was an inspiration to me so I always felt I could improve my set after playing. I already had some ideas for this album at the end of 2019, even if it was shortly after the release of the previous album. But after the pandemic, I started listening to my favorite albums like The Beatles or The Rolling Stones again.

M: Do you think it helped you make this album in some way?

HT: I’m just a fan when I listen to my favorite music. During the pandemic, I spent a lot of time reading interviews and articles about these artists.. There was a lot to learn about them and their professionalism blew me away. These guys are already in their seventies but have been at the top of the music industry for over half a century. I think it’s amazing. Everything, even the small details, are carefully considered. From the color of the ties they wear to the way they appear in the media.

What fascinates us is their attitude, not the music itself. Their life is entertainment, and it has always felt more real to me than the music they create. I probably wouldn’t have achieved this without the pandemic. It’s not easy to take a break from life when you live in a society that places so much emphasis on productivity and efficiency. Still, that was definitely a positive aspect of the pandemic for me.

I recently started Pilates because I think Paul and Mick Jagger need to do exercises like Pilates [laughs]. I’m just in awe of how they are the best artists today and couldn’t help but start doing something for myself too.

M: When it comes to Tokyo, cyber / electric sounds seem to be what people are likely to associate with the city. For example, the song by British artist Squarepusher Terminal snap. You were walking through Harajuku in the Netflix documentary series “High Score”. Was there a specific reason for you to walk to Harajuku? What does Tokyo look like to you?

HT: When I make music, I sit and focus in my studio, so walking around is not inspirational for me. But I like Tokyo more than Kyoto. I was born in the rural area of â€‹â€‹Kyoto, which had a lot of traditional wooden houses. Unlike the younger people who live in urban areas and yearn for this kind of life, I’ve had enough [laughs].

In my opinion, Tokyo still has a lot of primitive elements everywhere, even though the city is one of the biggest cities in the world. For example, places with the Japanese characters è°· (valley) like Shibuya (æ¸‹ è°·) â€‹â€‹and Yotsuya (å›› è°·), were once creeks or rivers. I was amazed when I discovered that Tokyo Bay had an estuary coast.

If you link all the shrines and temples of Tokyo on the map, you can see the shape of the estuary coast from thousands of years ago. I found it very interesting. Cities like Osaka and Kyoto also have a long history but, in Tokyo in particular, you can really trace the physical history of over 10,000 years.

I used to live in Harajuku and it has been a while since I been there. I started revisiting Harajuku recently and realized that I had forgotten how much I loved the young and energetic atmosphere. I don’t think you can find places like Harajuku in western cities. I said I don’t go for a walk to write a song but maybe my walks in Harajuku subconsciously affect my writing on some level.

M: How would you like your listeners to appreciate your new album? Domani?

HT: I’m grateful if my fans are listening Domani as an album or as individual tracks. I have a lot of younger fans, and I’m aware that they listen to music on subscription platforms. But I cared about the flow of this album, so it’s possible to enjoy it anyway. The first half is pop and the second half is sweeter.

M: How much do you consider your young audience when making music?

HT: The other day, a friend of mine told me that his grandson was a fan of the â€œMotherâ€ video game. I wondered why such a young boy knew such an old game. It turned out that the American game creator Toby Fox, who created the game “Undertale”, is also a fan of the same game and the grandson has discovered the game on YouTube.

I thought it was a very modern way of rediscovering things, and I felt it all told me that I didn’t have time to be happy with what I’ve accomplished so far. I must continue. However, I thought it was cool that one game influences another like music does.

M: What are your current plans for the future?

HT: Ideally, I would like to do a new song every day, as YouTubers post a new video on their YouTube channel. Even if I do a song that I don’t really like, it might be someone’s favorite song. Whether it’s a one-minute or a five-minute track, you should get it published. It’s not you who decides if it’s a good song, it’s the audience that makes it.

As long as they’re online, someone will find you someday. Making music seems to produce something completely new, but it’s actually putting in your favorite music and what influenced you in your style. I believe there is no such thing as plagiarism.

I look forward to a day when we can get together again to enjoy the music from the speakers as we did before the pandemic. I hope I can meet my fans and that they can dance to this album one day in real venues. Until then, I’ll keep making music and have to do Pilates until the day comes.