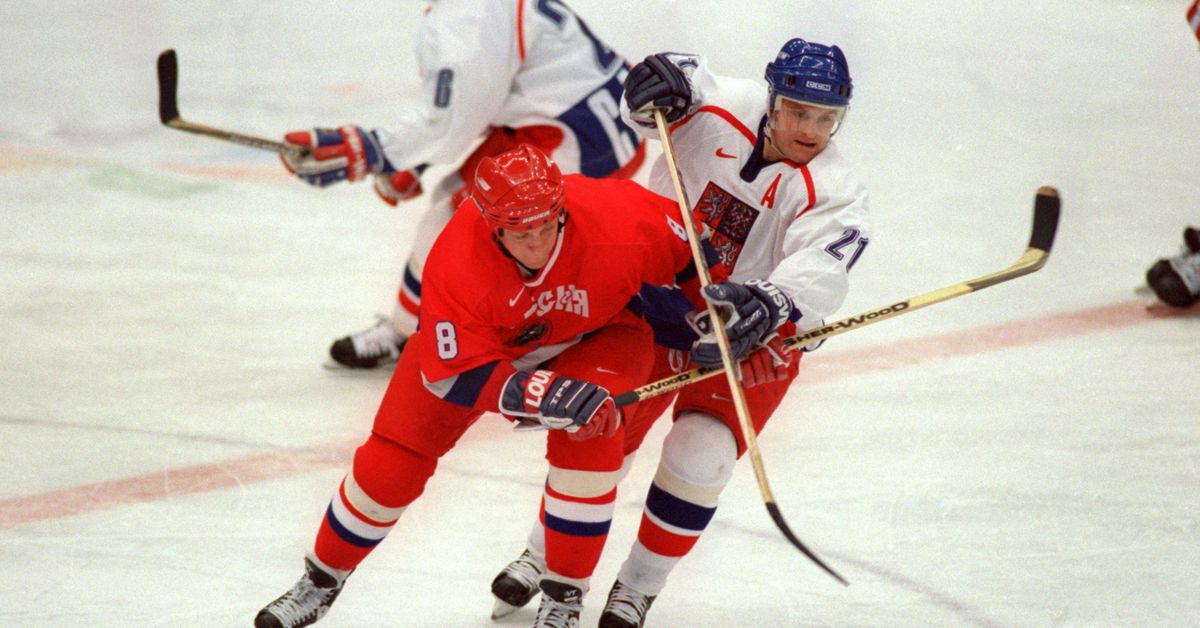 Director explains why this Olympic hockey documentary references the anime


Stop what you’re doing now and go watch the very beginning of Nagano bands, a documentary about the Czech hockey team that competed in the 1998 Winter Olympics. Seriously, just watch the first 2 minutes and 40 seconds. Go ahead. We will wait.

[Warning: The following story contains spoilers for the opening sequence of The Nagano Tapes. You will ruin the surprise if you keep reading.]

Alright, great! Now that you’re back, now you know the twist: the title sequence is a tribute to the classic anime. Neon Genesis Evangelion. The opening uses the show’s theme song, “A Cruel Angel’s Thesis,” and is meticulously edited to show footage of hockey and political unrest in time to the song. It even uses a font similar to the one in the anime.

While not necessarily recent news – Nagano bands released in 2018 – the film was recently rediscovered by internet users thanks to a viral tweet.

I can’t stress enough that you have to stop whatever you’re doing and watch the first few titles of this documentary. I promise you that you are not ready for what is to come. https://t.co/UenN1Zs9iO

The inclusion of Evangelion in the movie surprised a lot of people online. But the documentary’s director, Ondřej Hudeček, tells Polygon that there were both narrative and personal reasons behind the decision to include elements of Evangelion. He wanted to start with a strong hook that unexpectedly introduced various subjects of the documentary. So, “quick editing with cheeky music seemed like a fun way to do it,” he told Polygon on Twitter.

“When I was looking for the right song that would do the trick, I remembered that I was obsessed with Neon Genesis Evangelion in the late 90s when the Olympics in Nagano, Japan were held, and it just clicked: Japanese music, the use of title cards, personal nostalgia, the subversive mix of hockey and d ‘anime… ”Hudeček said.

So he tried to put together an opening montage that would work both as a narrative hook and as a tribute to Evangelion, and it worked.

When asked if he had any refusal to include such an unconventional idea in his film, he said that initially the producers were “quite surprised” by his choice, but that they ” quickly fell in love with the idea and supported it to the end. . “