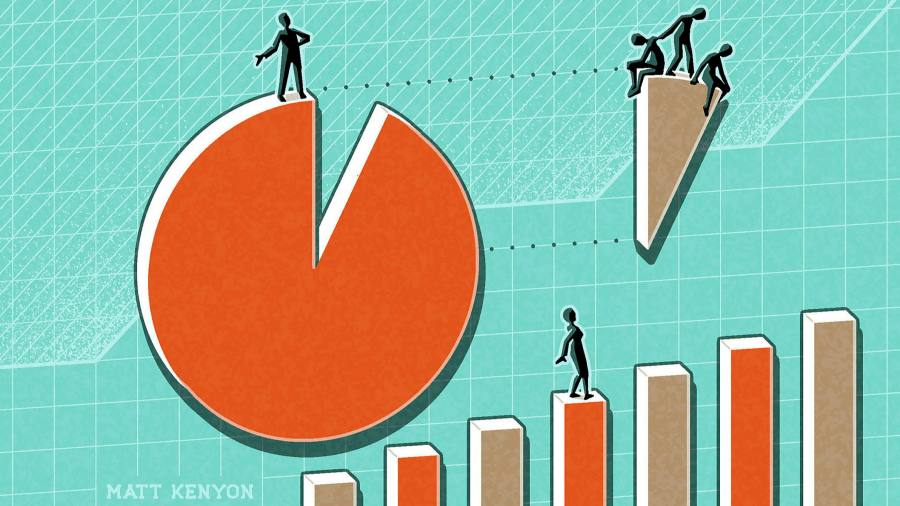 
The past two and a half decades have been good for big business. While the size of the private sector as a percentage of OECD economies has remained relatively stable since the mid-1990s, the share of firms with annual turnover above $ 1 billion has grown by 60% since then. 1995. Big business got bigger, and the rich got richer. But behind this flagship trend, there are a lot of geographic and socio-economic nuances, as a new white paper from the McKinsey Global Institute shows.

Researchers examined the economic contributions of private and public companies in rich countries over the past 25 years. As I read the document, I was struck by five key lessons for policy makers and business leaders that should inform the debate on the role of business in society.

First, the losses suffered by labor relative to capital are even more extreme than previously thought. While productivity gains since the mid-1990s have amounted to 25 percent in real terms, wages have only increased by 11 percent. Meanwhile, capital income has increased by two-thirds. If there is any doubt that the link between productivity and wages is broken, it should put it to rest.

This strengthens the argument for a much wider sharing of capital wealth. Right now, the richest 10 percent of households in the United States own 87 percent of the shares. “It is crucial that we have more people participating in the capital income path,” says James Manyika, director of MGI, “because while labor income remains the most important for the majority of people, capital income is an increasingly important part of the destination of value. . “

Companies could offer equity participation to more employees, if not all. But the public sector could also tax corporate equity wealth, as recently suggested by the University of California, Berkeley economists Emmanuel Saez and Gabriel Zucman. Or it could pay a digital dividend to individuals that is a share of the data wealth collected by the biggest and wealthiest companies, including Big Tech platforms.

This points to another key lesson: the rule of intangibles. Of all the ways that companies can impact the economy – from the wages and taxes they pay, to the consumption surpluses they generate with cheaper prices, to negative externalities such as spillovers. environmental – the one that has increased the most in the last 25 years, we invest in intangible assets such as technology, software, patents, etc. That’s a 200% increase. This makes businesses more productive, but is also associated with short- and medium-term jobless recoveries – a major political concern.

This brings me to the third lesson, which is that different types of businesses have very different impacts on households and economies. The MGI article divides companies into eight archetypes: discoverers (eg, biotech companies, which push scientific boundaries); technologists, including the platforms that build the digital economy; experts (professional services, hospitals and universities); delivery people, who distribute and sell the products; manufacturers (manufacturers); builders; supply vessels; and financial.

For most of the 20th century, manufacturers and builders were preeminent. Over the past 25 years, they have lost ground to other archetypes. While manufacturers made up 56% of large companies in the dataset in 1995, they represented only 41% in 2016-18. But as they decrease, so do good jobs. Manufacturers contribute 20 percent more than average to labor income, employ the most people, and have the greatest geographic distribution of value through their supply chains and their physical space and investment needs in tangible property.

No wonder they are at the center of the national debate on competitiveness. Some countries, like Japan and Germany (where policymakers have not refused at all), have made specific policy decisions to support them. Others, like the United States and the United Kingdom, have not done so to the same extent.

Here is the fourth lesson: countries have very different trade interests. Technologists lead the United States and South Korea, while manufacturers lead Germany. The leading financiers in the Netherlands and France concern discoverers and deliverers, particularly in the luxury goods sector.

While the study does not specifically examine small and medium-sized businesses, it does suggest some tough times for them. Large companies today pay less as a percentage of revenue to their suppliers than they did 25 years ago, and many of these suppliers are SMEs. Since these companies are very labor intensive, usually more than large ones, this has important social and political implications.

Which brings me to the last lesson: Competition matters. We know we live in a superstar economy. This is in many ways the natural result of globalization, financialization and the rise of platform giants, which are criticized around the world for the monopoly power they wield. Big business, especially in the United States, have been the biggest economic winners of the past quarter century.

But for the business sector to enjoy another 25 years of unhindered growth, it will need to show that it can enrich a wider range of stakeholders. The consumer surplus brought about by lower prices for products and services created by technologists and manufacturers does not fully compensate for job losses due to automation. High-income households, especially in the United States, take the lion’s share of corporate wealth.

The past 25 years have shown that businesses can generate tremendous wealth. The next 25 must show that they can share this wealth more evenly.