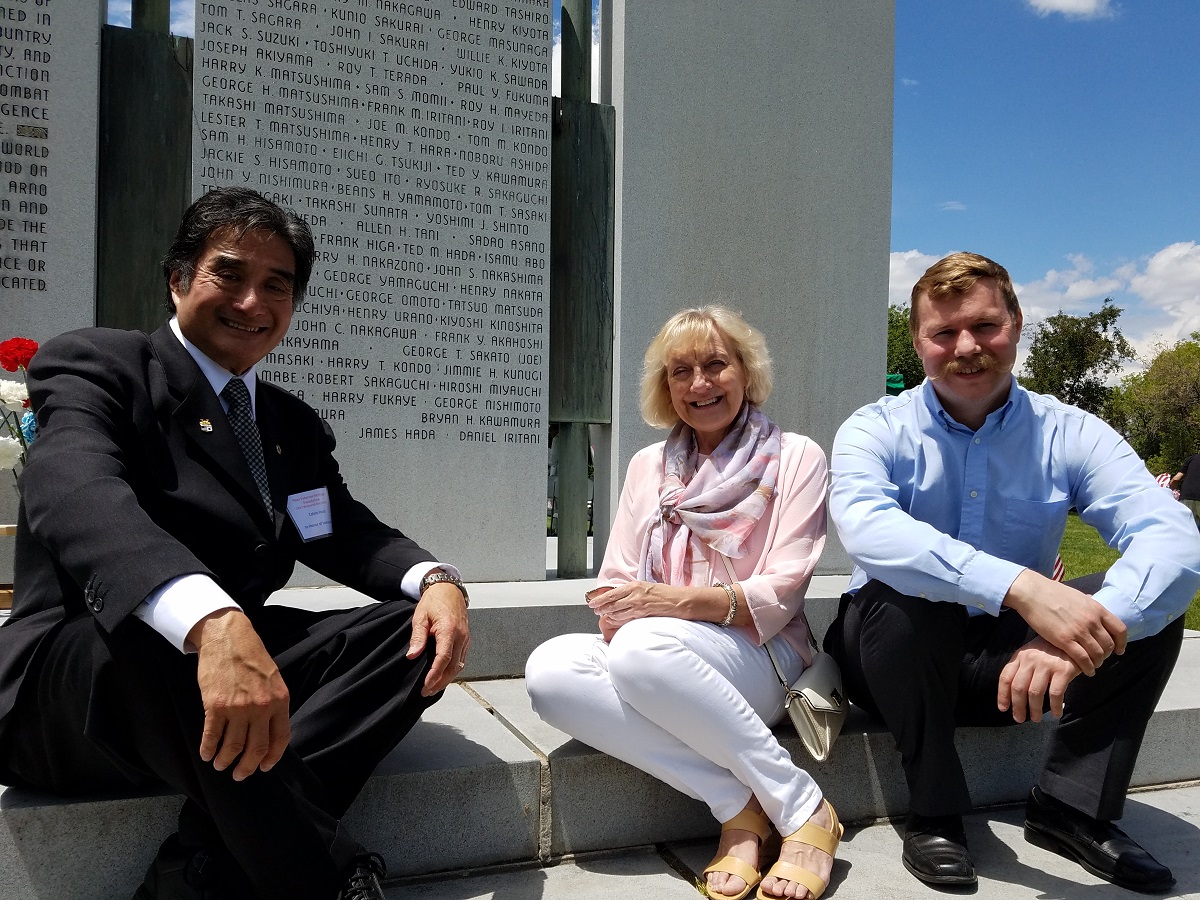 For the grandson of the Camp Amache internee, the historical designation “creates permanence”

Camp Amache was one of 10 internment camps — or, as Hada called them, “concentration camps” — created after the attack on Pearl Harbor in December 1941. Executive Order 9066 of President Franklin D. Roosevelt created a military zone along the coast of California, Oregon and Washington in which he gave the military the power to expel anyone they deemed a threat – this included over 120,000 Japanese Americans.

Hada’s grandfather, father, and siblings lived in Fort Lupton at the time of Executive Order 9066. But he said his grandmother remained in California to tend to a boarding house, and the troops Americans arrested and transferred her. at Camp Amache.

Hada’s father, James, decided to join the military after the United States entered World War II and went to say goodbye to his mother at Camp Amache before being deployed to Germany, not knowing s he would come back.

“The guard at the gate wouldn’t let him in, even though he was wearing his army green uniform,” Hada said. “So he had to say goodbye to his mother through the barbed wire fence.”

James Hada went to war to defend his country, the very country that had imprisoned his mother. When the war ended, James returned to Colorado, but his mother was so hurt by the internment that she returned to Japan.

“It’s very hard for my father and his siblings. I know they met her a few times before she left. And when she came back to Japan, we had no idea what happened to her. It was a terrible place after WWII… So I often wonder about her,” Hada said.

However, Hada did not learn of her grandmother’s internment in Granada, or even Camp Amache itself, until she was a teenager. Growing up in the 1950s and 60s, Hada’s parents wanted to raise him and his brother like “any American kid,” he explained.

“I had very little understanding of my heritage or my racial culture or anything like that. My parents just wanted to have “Leave It To Beaver” basically. And I didn’t know anything different until I was about 14,” Hada said.

It was then that his father gave him a book about the internment of Japanese Americans during World War II. After reading about it, her immediate reaction was anger.

“I couldn’t believe this was done to my family by my country,” Hada said. “So that started me on a decades-long journey of trying to uncover my Japanese roots.”

“We don’t have a large percentage of Colorado who are Japanese-American, but we’re pretty tight-knit,” Hada said. “I do a lot of other things in the Japanese-American community [which] were made primarily so that I could fill the void in my understanding of my heritage.

James “Jim” Hada, died in March 2016 at the age of 91. He has spent much of his life advocating for the Japanese-American community, serving as president of Colorado’s Nikkeijin Kai before his son. And all of James’ work to help build cultural bridges between Japan and the United States earned him the Kunsho-Order of the Rising Sun with Gold and Silver Rays award. It is the highest honor a non-Japanese citizen can receive from Japan, an award Hada learned he would also receive.

Japan in song again in the grass sprint