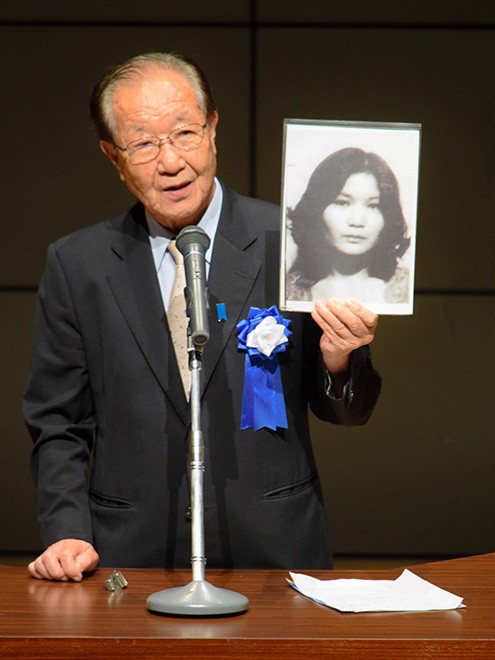 Shigeo Iizuka, who until a week ago led a group of family members leading a decades-long campaign for the return of loved ones abducted by North Korea, died on December 18. He was 83 years old.

Iizuka joined the group after a landmark meeting in Pyongyang in 2002 between then Prime Minister Junichiro Koizumi and North Korean leader Kim Jong Il in which the recluse regime admitted seizing Yaeko Taguchi, the younger sister of ‘Iizuka.

“I offer my sincerest apologies for the extreme regret that I was unable to bring Yaeko Taguchi back to Japan for a meeting while he was still alive,” Chief Cabinet Secretary Hirokazu Matsuno said in a statement on the 18th. December. Matsuno simultaneously serves as state minister in charge of the kidnapping issue.

Iizuka resigned as head of the family group on December 11, citing health concerns. He was replaced by Takuya Yokota, 53, a younger twin brother of Megumi Yokota, an iconic figure in the kidnapping issue.

Iizuka had repeatedly expressed his frustration over the past few months over the lack of progress in addressing the kidnapping issue and his own failing health.

â€œSince we started our activities there have been countless changes of Prime Ministers and Ministers of State responsible for the kidnapping issue, yet, to my eternal regret, almost no progress has been made. in resolving the issue, â€Iizuka said in a meeting with Prime Minister Fumio Kishida in October.

At a subsequent press conference, Iizuka admitted that there was nothing he could do about his failing health. However, at a group meeting in November, Iizuka vowed never to give up.

Taguchi disappeared in 1978 when she was 22, leaving behind two young children. Iizuka adopted Taguchi’s son, Koichiro, who was only 16 months old at the time. He is now 44 years old and serves as general secretary of the family group.

Koichiro released a statement on December 18 that Iizuka must have been bitterly disappointed never to have found his younger sister.

In 1991, Japanese police announced that it was very likely that Taguchi, using the Korean name Lee Un Hae, had taught the Japanese language to Kim Hyon Hui, the North Korean spy held responsible for the bombing. the bomb against a Korean Air airliner in 1987.

But during the 2002 meeting between Koizumi and Kim Jong Il, North Korean officials said that Taguchi died in a car crash in 1986. But Iizuka found inconsistencies in Pyongyang’s explanation and continued to work for his return.

Iizuka succeeded Shigeru Yokota, Megumi’s father, as head of the family group of those kidnapped in 2007. Shigeru died in 2020 at the age of 87.

Iizuka has spoken about the kidnapping issue not only in forums across Japan, but also overseas, including at the United Nations.

In 2009, Iizuka and her adopted son met Kim Hyon Hui in South Korea.

The Japanese government suspects that up to 17 of its nationals traveled to North Korea in the 1970s and 1980s to teach Japanese language, customs and culture to North Korean spies.

At least 24 dead in building fire in Osaka, Japan amid suspicion of arson

Torisho, a popular Japanese fried chicken restaurant, opens its first restaurant in the United States in Long Beach • the Hi-lo