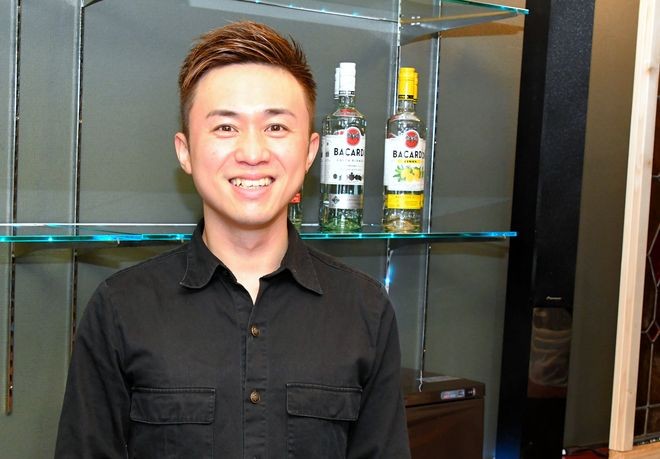 YAMAGUCHI — Tokyo-born Aiki Tanaka loves the town of Yamaguchi, where he has lived since 2019, but as a gay man he has always felt the community there is quite conservative.

It was all the more reason for Tanaka, 32, to open a bar in the city’s Yuda onsen hot spring resort in March. He hopes this will help foster a better understanding of sexual minorities.

He said he gave the bar a simple name, the Tanaka Gay Kikaku (Project), to make it clear that it is LGBT friendly.

“Being a foreigner in Yamaguchi, I want to breathe some fresh air into the city,” he said.

The nearby city of Ube remains the only municipality in Yamaguchi Prefecture to have introduced a partnership system to officially recognize same-sex couples and make them eligible for benefits and services.

The Yamaguchi city government has made little effort to implement such a system, saying it pays attention to how other municipalities deal with administrative issues regarding same-sex couples.

Tanaka himself once overheard someone say that it was hard to believe there were sexual minorities in the city.

“I love Yamaguchi’s historic climate so much. So I want it to be a more livable city for me,” Tanaka said.

The bar welcomes all customers regardless of sexual orientation, but it also intends to host events exclusively for gay people.

The owner wants to make the bar a gateway to experience gay culture while customers enjoy drinking together.

He also believes that a cheerful town where all kinds of people are treated equally can also help create a comfortable community for longtime residents.

Tanaka had a life-changing experience traveling through Spain after graduating from high school. He saw how people accepted being gay as part of their identity and that gay people were treated with respect.

He had suspected he was gay at the time, and his negative feelings about it quickly dissipated.

However, it took time for him to come out to his family and friends in Japan.

Tanaka moved back to Japan to settle down and when he turned 30 he made up his mind. He sent a letter and a comic called “Uchi no Musuko wa Tabun Gay“ (I think our son is gay) to his mother.

He quickly received a warm response from his mother, who said she already knew.

Tanaka came out soon after and participated in Mr. Gay Japan 2022, a nationwide contest held to promote gay men’s rights.

After being selected as one of six finalists last summer, Tanaka has poured his energy into promoting understanding of sexual minorities on social media and via video-sharing sites.

He decided to move to Yamaguchi because he wanted to live in an area along the Seto Inland Sea, which reminded him of the European Mediterranean Sea.

He started working under a program to promote the benefits of Yamaguchi. He collaborated with beekeepers to develop products and worked with other local resources.

Aspiring to become cool and beloved like those in the gay community he encountered in Spain, Tanaka decided to open the bar after his tenure as a member of the regional revitalization program expired.

He worries about how he is being received by the residents, but he wants to generate sympathy instead of forcing them to understand his point of view.

Tanaka Gay Kikaku is open from 8 p.m. to 3 a.m. Tuesday through Saturday.