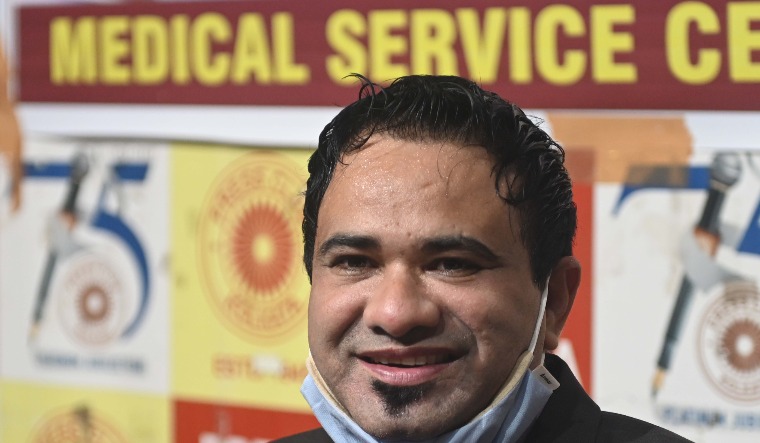 Kafeel Khan, the doctor at the heart of the so-called Gorakhpur oxygen tragedy, has joined the Samajwadi Party (SP) and is the party’s candidate for a seat in the upper house – the Vidhan Parishad.

In doing so, Khan has drawn the ire of many of his supporters, including the media who have written harshly in his favor. He realizes the tricky path he has chosen and says, “If I do wrong, please criticize me. It will help me learn. »

Since Khan was released from Mathura prison in September 2020, Congress has supported him, but the party has not offered him any political office. In fact, speculation was rife that he (or someone in his family) would fight the 2019 Lok Sabha elections on an SP ticket. The whole family denied it.

Khan says that while he still can’t say with clarity why he said yes to the offer. He knows that the next five years (with Yogi Adityanath at the helm) will be difficult for him.

” I am unemployed. As part of my Smile foundation, I want to use crowdsourcing to build a hospital that will serve children suffering from chamki bukhar and Japanese encephalitis from Nepal and India,” he said.

By becoming a politician, Khan risks losing the media support he has always enjoyed as a man perceived to have been wronged by a system. As a politician, he will receive far more criticism than praise. “Even as an MLC, if you don’t see me caring for children, ask me. But give me a chance,” he said.

His own family disagrees with the decision. However, he said it was a decision to be made as the realities on the ground were very difficult. Not having a job put a lot of emotional and financial stress on the family. They had to resort to selling household goods to make ends meet at some point.

Khan also realizes that his dream project – a hospital to treat children – will not be possible without government support. A government that relentlessly targets him. “The day you feel that I am doing wrong, ask me, report me,” he told this reporter.

The SP is fielding 16 candidates for the MLC elections to be held in May. In this list, 13 are Yadav candidates. There are 100 places in UP Vidhan Parishad.