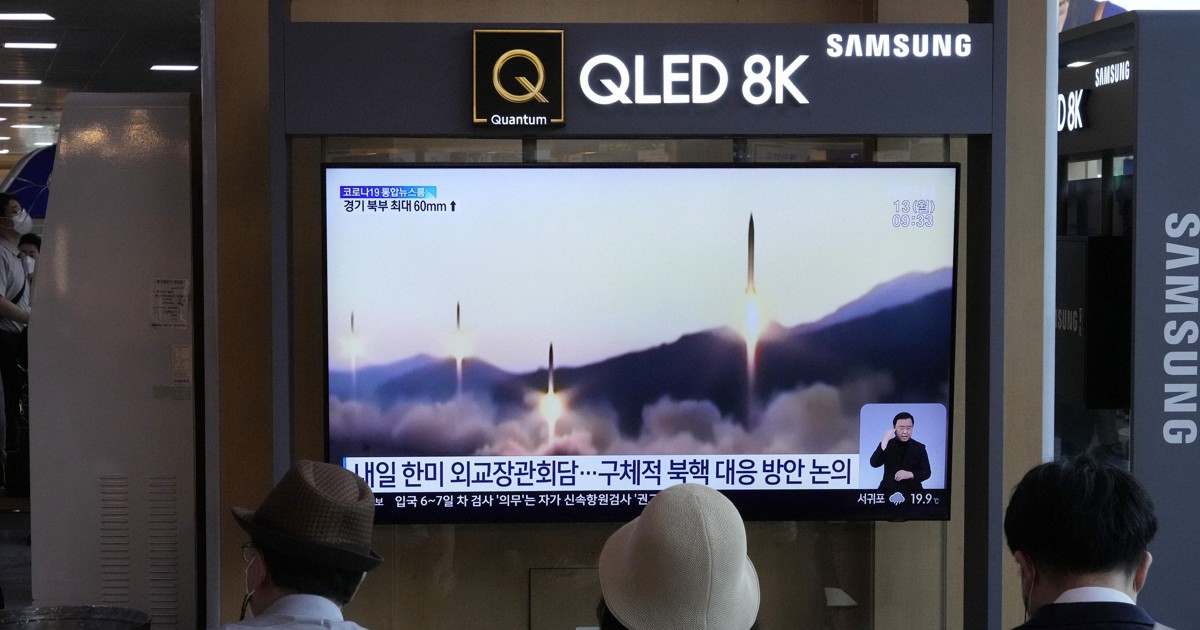 Following Russia’s invasion of Ukraine, Finland, which shares a long border with Russia, and its western neighbor Sweden applied to join the North Atlantic Treaty Organization (NATO) . This is arguably the most significant tectonic shift in European international politics since the end of the Cold War, as the Nordic countries abandon their longstanding military neutrality.

By contrast, in East Asia, China and North Korea are also direct neighbors of Russia, but remain friendly with Moscow. However, there was a clear difference in the initial responses from Beijing and Pyongyang: On March 2, in an emergency special session of the United Nations General Assembly, North Korea, along with Belarus and others voted against a resolution condemning the Russian invasion of Ukraine. North Korea’s support for Russia stood out against China, which abstained. On February 28, a spokesperson for the North Korean Foreign Ministry claimed that “the roots of the situation in Ukraine lie in the hegemonic policies of the United States and Western Europe”.

In fact, North Korea has repeatedly tested new intercontinental ballistic missiles (ICBMs), using the invasion of Ukraine as a “tailwind”, and on March 25 the reclusive country announced the successful launch of the test of the largest “Hwasong-17” in the world. The achievement was a must to celebrate the 110th birth anniversary of the late President Kim Il Sung, the founding father of the Democratic People’s Republic of Korea, on April 15, and to commemorate the 90th anniversary of the founding of the Revolutionary Army of the Korean People’s Army with a military parade on April 25. Meanwhile, the UN Security Council failed to pass a new sanctions resolution against North Korea due to vetoes by Russia and China.

North Korean leaders should have heeded the situation in Ukraine and Russian President Vladimir Putin’s remarks regarding nuclear weapons and learned a lot from them. In his speech announcing the start of the war on February 24, Putin stressed that “Russia today remains one of the most powerful nuclear powers in the military field” and on February 27 he ordered the introduction of a “special combat duty scheme”. in the deterrent forces of the Russian army. The following day, Russian Defense Minister Sergei Shoigu announced that the nuclear force had been placed on “heightened combat alert”.

However, this position began to change after the successful test firings of a series of long-range missiles and the failure of the “Hanoi Deal” with US President Trump. At the 8th Party Congress in January 2021, Party Chairman Kim Jong Un reversed his no-first-use stance, saying, “We will improve our nuclear first-strike and retaliatory capabilities to strike and destroy with precision any strategic target within a Range of 15,000 km.” Needless to say, he was referring to the ICBM “Hwasong-17”.

North Korean leaders have recently pushed their case for the first use of nuclear weapons to the extreme by noting the inferiority of its conventional forces in the fight of the Russian army in Ukraine. Unlike Ukraine, South Korea hosts US forces and maintains an alliance with Washington. A prolonged war would result in a miserable defeat for the North Korean military. This is why the North Koreans are probably discussing the possibility of using tactical nuclear weapons in a local conflict on the Korean peninsula, apart from the “Hwasong-17” nuclear deterrent against the United States.

This possibility was made clear in a statement by Kim Yo Jong, Kim’s younger sister and deputy director of the party’s central committee. She criticized the ROK’s “preemptive strike” declaration, saying on April 4 that if the ROK chooses military confrontation, “nuclear weapons will be mobilized to seize the initiative at the start of the war and prevent prolonged fighting in order to preserve our army”. Power.” South Korea, she continued, “should accept a disastrous fate of destruction and near-annihilation,” adding, “That’s not a threat.”

However, for these words to have any credibility, they must be backed up with something substantial. In this sense, it should be noted that North Korea has been striving to develop not only ICBMs, but also a hypersonic irregular-trajectory missile similar to the Russian Iskander. On April 16, he also tested two new tactical guided weapons to confirm “the effectiveness of tactical nuclear operations.” The next nuclear test will likely be aimed at developing tactical nuclear weapons.

US President Biden’s visit to South Korea and Japan in late May reaffirmed that aside from Russia’s invasion of Ukraine, the greatest threat to the United States and its democratic system is an authoritarian China, followed by of nuclear proliferation in Iran and North Korea, and presented efforts to counter these threats through alliances and regional cooperation. North Korea was also expected to conduct a nuclear test to coincide with Biden’s visit to South Korea.

Therefore, it was natural that Biden’s diplomacy in South Korea would be based on the theory of “extended deterrence” (a nuclear umbrella) and Japan-US-South Korea cooperation. As noted in the joint statement, Biden pledged to defend the Republic of Korea with “the full range of American defense capabilities, including nuclear, conventional, and missile defense capabilities.” He and South Korean President Yun Suk-yeol also agreed to resume the dormant “Expanded Deterrence Strategy and Consultation Group” as soon as possible and discuss expanding the scope and scale of exercises and US-South Korean joint training.

The two presidents also stressed the importance of trilateral cooperation between Washington, Seoul and Tokyo, affirming the importance of “addressing the challenges of the DPRK, protecting shared security and prosperity, upholding common values ​​and strengthening rules-based international order”.

Fortunately, the Yun Suk-yeol administration, which took office on May 10 after an intense election, has made restoring relations with Japan a priority foreign policy issue. In addition to Foreign Minister Park Jin, who is fluent in Japanese, the administration’s foreign affairs and security officials include Kim Sung-han, head of the National Security Bureau, Kim Tae-hyo, first chief office assistant, and Yun Duk-min. , the new ambassador to Japan, who all know Japan well and support the US-ROK alliance. Their prioritization of cooperation between Japan, the United States and the Republic of Korea likely undermined the growing case in South Korea for developing nuclear weapons and “nuclear sharing” with the United States.

It is an ironic phenomenon that the war in Ukraine and the North Korean provocations demanded the normalization of Japan-South Korea relations on the common basis of the “extended deterrence” theory. However, this could be the first step for Japan and South Korea to overcome historical frictions. While the clash between the two identities of Japan and South Korea in their disputes over history will continue to produce anger and hatred, a shared strategy between Tokyo and Seoul based on Japan-State cooperation United-South Korea will facilitate the formation of a new common identity.

Masao Okonogi was born in 1945. He served as Dean of the Faculty of Law and Politics at Keio University, as well as a specially appointed professor at Kyushu University. His specialties include international politics and contemporary South Korean and North Korean politics. He served as Chairman of the Japan-Korea Forum. He is the author of numerous books, including “The Korean War: The Process of US Involvement” and “The Origins of the Korean Division: The Conflict between Independence and Unification” (Grand Prix Asia-Pacific).