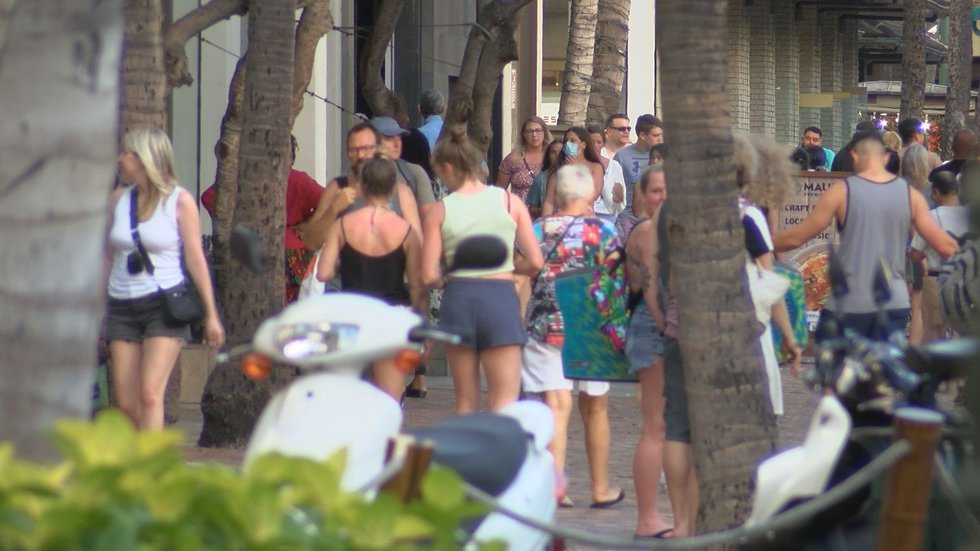 The state is prioritizing returning Japanese visitors, not only to boost the economy, but also to set a new tone for Hawaii’s tourism industry.

While there, Ige hopes to have a direct meeting with Japanese Prime Minister Fumio Kishida.

“I think we all recognize that Japanese visitors are the ones we want,” Ige said on Honolulu Star-Advertiser’s Spotlight Hawaii. “They tend to engage the community, they’re very, very respectful of Native Hawaiian culture.”

Ige also said he wanted to negotiate a special travel relationship with Japan.

“I’m going to talk to them about treating Hawaii differently than the rest of the United States,” he said. “I don’t know how successful I will be, but really talk about the idea that Hawaii has the lowest infection rates in the country and that many are still wearing their masks.”

The pandemic has crippled Hawaii’s tourism industry, particularly with Japan being “the largest international source of travelers to Hawaii.”

The Hawaii Tourism Authority said there were 1.5 million Japanese visitors in 2019 before the pandemic, spending more than $2 billion. Last year, there were only 24,000 visitors from Japan. This week Hawaii saw an increase in Japanese travel due to Golden Week, but the numbers were still well below normal.