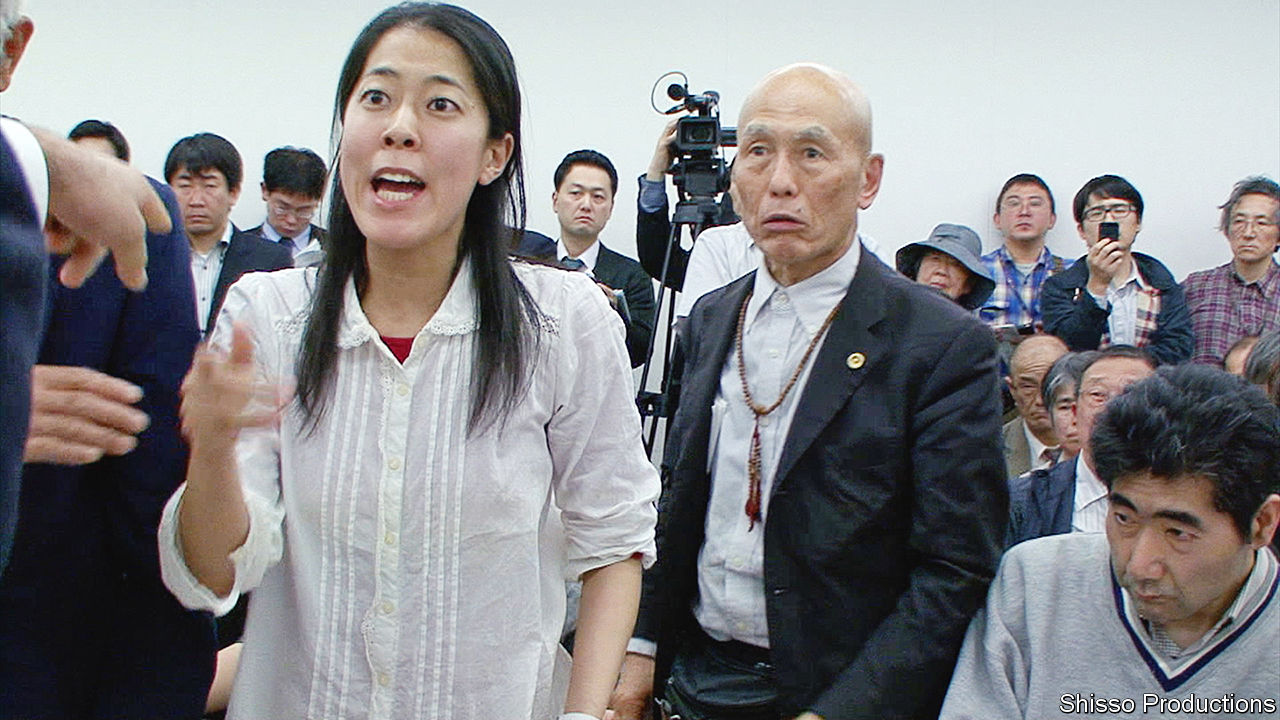 MINAMATA WAS a sleepy little town on the western island of Kyushu in Japan. But in the early 1950s, strange things started happening there. The birds circled and fell into the sea. The cats “danced”, as the locals say, as if in agony. Soon the people also lost their minds; some were left paralyzed and bedridden.

The city had been the victim of one of the worst pollution scandals of Japan’s post-war boom. A neurological disorder bears his name: Minamata disease. Chisso Corporation, a chemical company, had discharged sewage containing methylmercury into the bay; the government failed to stop him. A 2021 Hollywood film, starring Johnny Depp as a photojournalist who travels to the 1970s, has brought back memories of the episode. But “Minamata Mandala,” a six-hour documentary also released last year, told the story best. “I realized that the situation was far from resolved,” says Hara Kazuo, who spent 15 years shooting and five years editing the film. “I knew someone had to do something about it.”

As little known as his name is in the West, in five decades, the 76-year-old filmmaker has left an indelible mark on documentary form. His best-known film is “The Marching Emperor’s Naked Army” (1987); it introduces Okuzaki Kenzo, an anti-war anarchist who once bombarded the Emperor with pachinko bullets. Mr. Hara’s interventionist style – in which he abandons the pretense of objectivity and steps into the limelight – influenced Michael Moore. After watching “Extreme Private Eros: Love Song 1974,” Mr. Hara’s provocative portrayal of a former girlfriend, Martin Scorsese wrote to her, “No one has ever made a movie like this. No one has ever seen a movie like this.

Its themes and techniques have followed the development of Japanese society, but its mission has always been to tell stories that are silenced and marginalized. His goal with “Minamata Mandala” was to “change the air” around the scandal (the lawsuits asking the State to recognize the disease and compensate the victims are still in progress). Its daunting 372 minutes is an “approximation of the temporality of patients,” who endure year after year of pain and neglect, says Aaron Gerow, a Japanese film historian at Yale University.

Mr. Hara’s urge to challenge oppression stems from his childhood. He was born out of wedlock at the end of the Second World War; his poor mother worked in the nightlife entertainment industry. As a young man, he witnessed the student uprisings that swept Japan during the soul-searching end of the 1960s. Distant revolutionaries such as Che Guevara and Fidel Castro also inspired him. “Most Japanese only know how to obey their superiors, but such moves have taught me to fight with the authorities,” he says. The camera was his weapon.

As Mr. Gerow notes, the director spotlights basic human emotions and experiences such as love and sex, to illuminate the effects of power. This interest in the private realm sets him apart from earlier Japanese documentarians, who focused more on contexts and environments. Anger is “sacred” for Mr Hara, says his producer Shimano Chihiro. In a society that values ​​good manners and order, it’s “an emotion of the marginalized class”, observes Ms. Shimano. “Minamata Mandala” evokes a wide range of feelings. Sometimes it’s a courtroom drama, sometimes a romantic comedy, as Mr. Hara explores the love lives of victims.

For a moment, ideas – or Japanese society – seemed to betray him. From the mid-1990s, he struggled to find subjects, which led to long gaps in his filmography. In his earlier works, the protagonists were iconoclasts like the pachinko thrower Okuzaki. But as Mr. Hara grew older, he struggled to identify anyone in Japan who was even remotely so daring. “I thought my career was doomed,” he says. As prosperity had made life more comfortable for the Japanese, complacency and conformity had taken hold. “It’s a bit difficult to breathe in today’s society,” says Mr. Hara’s wife and aide, Kobayashi Sachiko.

Yet he made a glorious comeback in 2017 with “Sennan Asbestos Disaster,” which chronicled the battle of asbestos victims for compensation. This time his apolitical subjects learned the art of rebellion under his influence. “It’s interesting to have a ripple effect on reality by intervening in people’s lives,” he says. There were still stories to tell and new ways to tell them. The collaborative style of this film paved the way for Mr. Hara to portray more subtle forms of activism. While making “Minamata Mandala”, he saw how everyday scenes could resonate with audiences.

He also began to see himself in his subjects. Like them, he’s proof that anyone can cause the right kind of trouble and challenge entrenched worldviews. “I am an ordinary man from the lower echelons of society who has obtained the means to probe the meaning of life through documentary,” he says. “I feel like I’ve come full circle.”