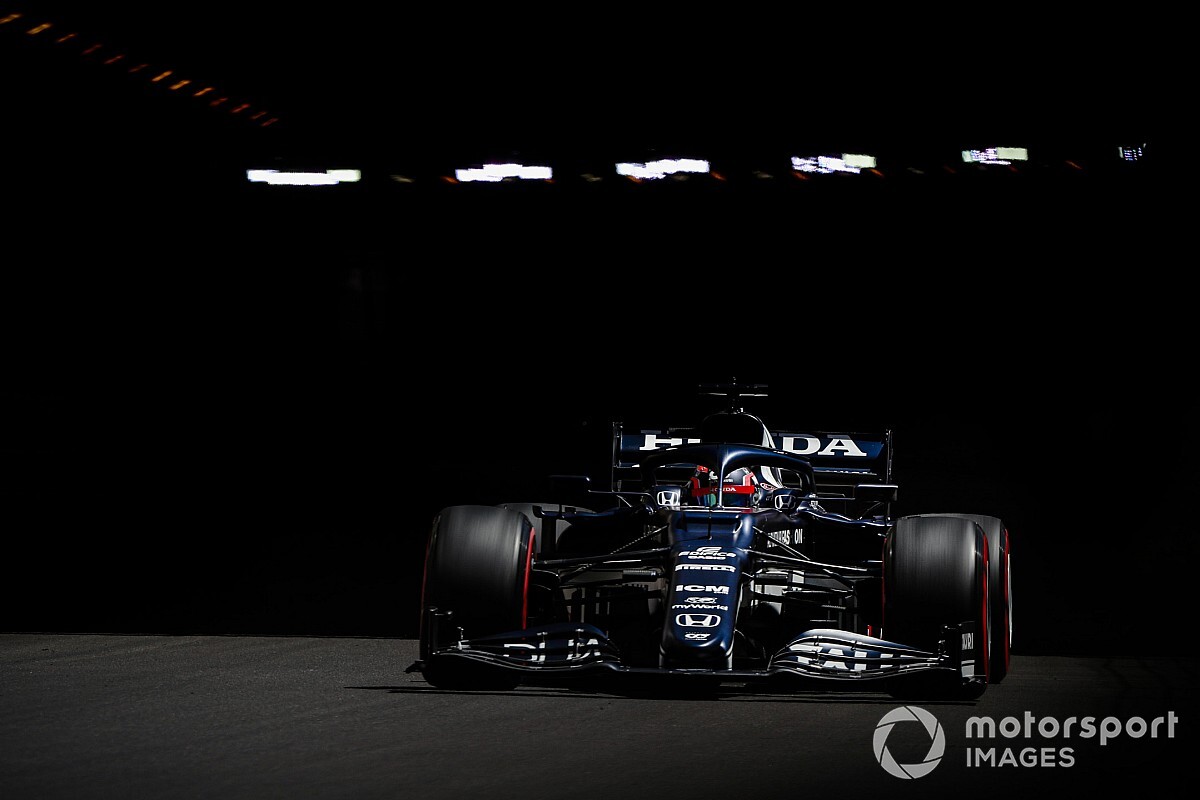 
Motorsport.com spoke to racing engineer Mattia Spini about how AlphaTauri is trying to turn Japanese ‘fury’ into a driver who can ‘do what we all want him to do’.

Tsunoda impressed by scoring points on his F1 debut as he finished ninth in Bahrain. A qualifying accident at Imola, particularly tricky conditions for a rookie in Portugal and a technical problem in Barcelona meant that the first Formula 1 driver born in the 21st century has not increased his points total since.

Nonetheless, many agree that Tsunoda is a shining star of the future, with AlphaTauri team principal Franz Tost even claiming that Tsunoda will be the world champion if he continues to develop as he has.

Asked what it’s like to work with a future world champion, AlphaTauri racing engineer Mattia Spini responded with a smile: “So of course it’s a good challenge to bring this young talent in the first year of Formula 1. His raw talent is clear to everyone. He is able to do quick laps together.

“He had a great overtaking race in Bahrain, so he showed he was capable of great things on the track. Obviously he’s young and certainly doesn’t have the experience of some of the other drivers who are in Formula 1. But it’s our job to bring him through the journey, learning everything he needs. to excel in Formula 1..

“If Franz said that – Franz has a lot of experience with pilots – he means he sees something in Yuki. And I think we see the same as an engineering group. Obviously, his career has only just begun. It is up to us to help him on his journey towards achieving what we all want him to accomplish.

Tsunoda, however, offers Spini a different ‘challenge’ than the riders he has worked with in the Faenza-based team before.

“I have worked with novice pilots in the past, Pierre [Gasly] is a. But I think with Yuki, it’s different because first of all he’s very young, he’s 21, ”he added.

“Second, he has had a very fast career in the past. He did a year in Formula 3, a year in Formula 2 and then, bang, he’s in Formula 1. So he didn’t really have time to experience all these different scenarios that you can face in the others. formulas. So, it’s always in this process of exploration, of experimentation, of knowing what’s going to happen on the right track.

“Last year I worked with Daniil [Kvyat], who has a lot of experience in Formula 1 and in different teams. So there are some things that are default for an experienced pilot. You don’t need to say certain things then. Because they know. It’s their life. They’ve done it so many times that it’s something hard-coded into the way they do things.

Over the winter months, Tsunoda had a decent time in a 2019 spec Toro Rosso at Imola and Misano, to prepare for his F1 debut.

“It has been helpful both for him and for us,” said Spini. “Because we did a test last year, when we didn’t yet know if he was going to be our driver. But we’ve done a few this year and [this time] we actually knew it was the start of our relationship.

“So we tried to build all the automatisms which, once again, during a race weekend are taken for granted. Things like the style of communication. How much we talk, when we talk, what we talk about. All these little things that need to be internalized, both for us, the engineering team, and for him as a new pilot who is coming into this completely different world than he was used to. 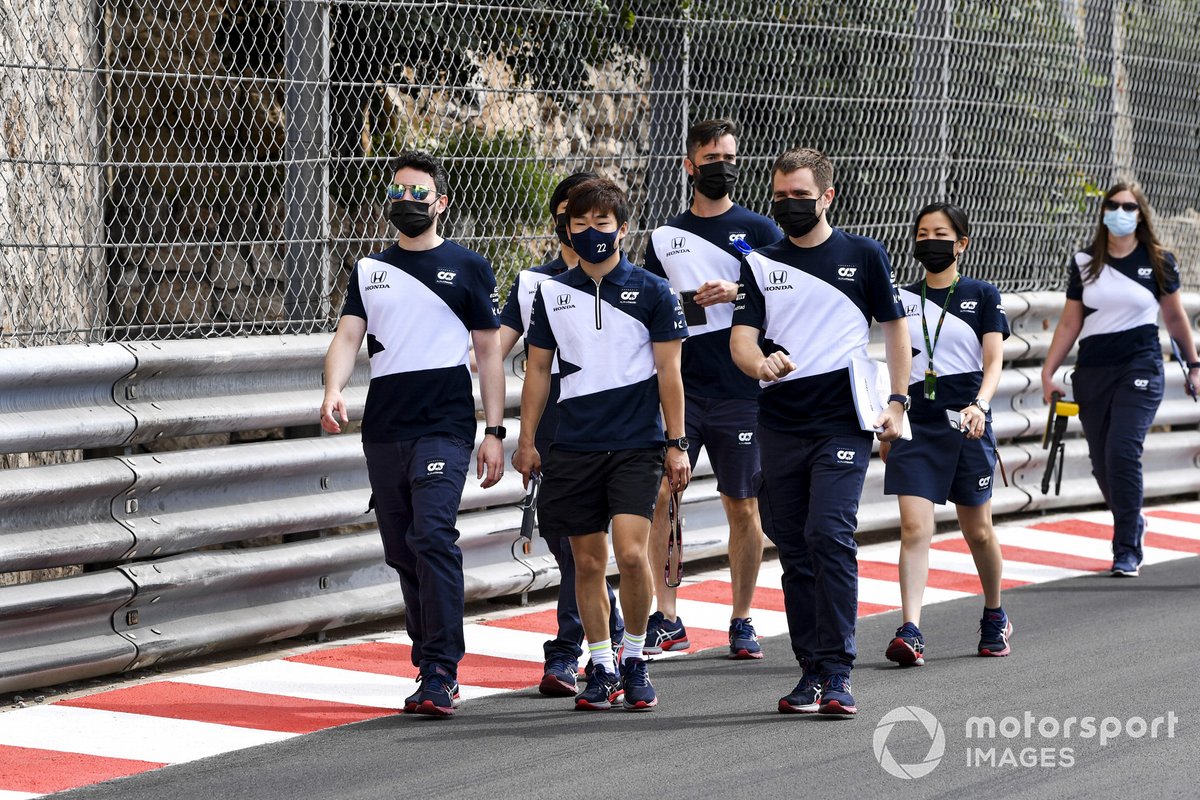 Yuki Tsunoda, AlphaTauri, walks the track with his team

The fact that the Italian team had a Japanese engine supplier for a few years helped Spini to start the relationship with Tsunoda well.

“Having to be in contact with them [the Japanese people who work on the engine] for years now you’ve been getting to know a little bit about their culture, their way of communicating with people, their way of working and how I need to identify with them too. And it certainly helped me with Yuki because there are things about Japanese culture that are completely different from European culture. It doesn’t mean it’s good or bad, it’s just different and you just have to adapt. Because what we need is to get the message across.

“And all you need is good,” continued Spini. “For example: they’re pretty visual people, so often we used to draw things or write things and that way it’s a lot clearer for them how to approach it. And it was also with Yuki. But it’s an ongoing process. It never ends. But yeah, it was good to work with the Japanese Honda to get to know the culture a bit and then get a better interaction with Yuki.

Those who followed Tsunoda into the junior formulas already knew he could be pretty fiery on team radio. During FP1 in Bahrain, the F1 world got their first glimpse of Tsunoda, when the Sagamihara-born driver encountered traffic on one of his push laps. Tsunoda later admitted that his swearing was his “ weakest point ”, as it could take away some of his concentration while driving.

“So live, of course, we tend to ignore that part of the message, only get the important element, the relevant element, so that we can pass it on and think about the next step.

“But then [out] out of the car, we sit and try to break it down and say, “Look, why were you so upset? “Because I had traffic. “OK, the next time you get traffic, we can do this, this, and that.” So we try to work with him to make him better at handling these kinds of situations that will always happen in Formula 1 and in motor racing. So yes, again, that is part of the journey. 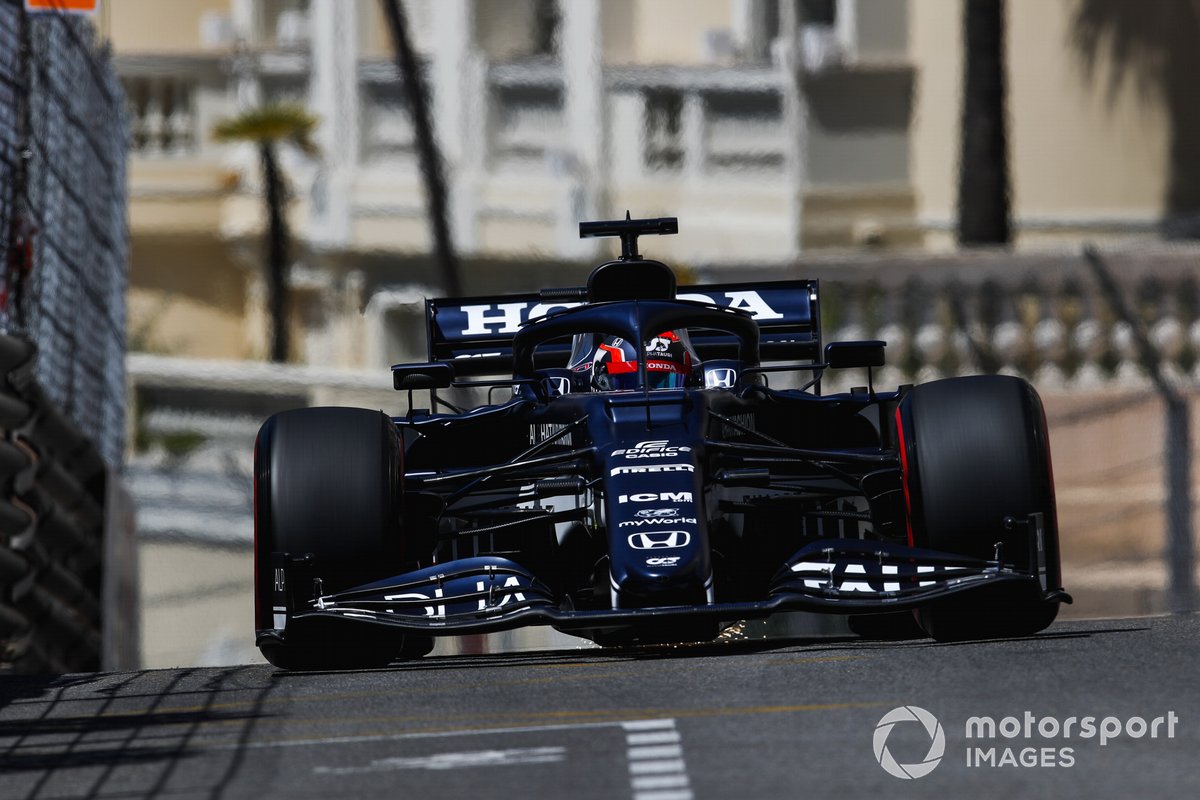 Spini admits he was surprised when he was first confronted with a scream from Tsunoda. “You see this very nice young man playing and making jokes and getting out of the car is very cold and playful. And then he puts the helmet on and he’s just a fury, he’s a thunderstorm in the car. You get this surprise the first time.

You imagine yelling and cursing can be a frustrating thing to hear, but Spini says racing engineers are “pretty used to it” and “it will always come for the driver, kind of frustration when things don’t go right. good. , or some kind of bad weather. And it’s always part of my job to get them back on track, in the right frame of mind and in a good mood. So, quite normal.

After Tsunoda crossed the finish line in Bahrain, Spini came over to the radio to say, “We’re going to have fun this year.” The Italian hopes that “sooner or later we will have very good results with him”.

“The most impressive things I have seen from him so far have been the overtaking in Bahrain. I was impressed because the way he was rushing into the car without thinking about it [while] fight with the car in front and just try to overtake. And most of the time, he managed to pass. It was impressive, especially for a beginner pilot. I think that’s why I made this comment at the end of the race.

“And [out] car, he is certainly determined to win the award and he is determined to get better and better and achieve good results. So that’s the right mindset he has right now. And I’m sure we’ll do better. Our hope would be soon.