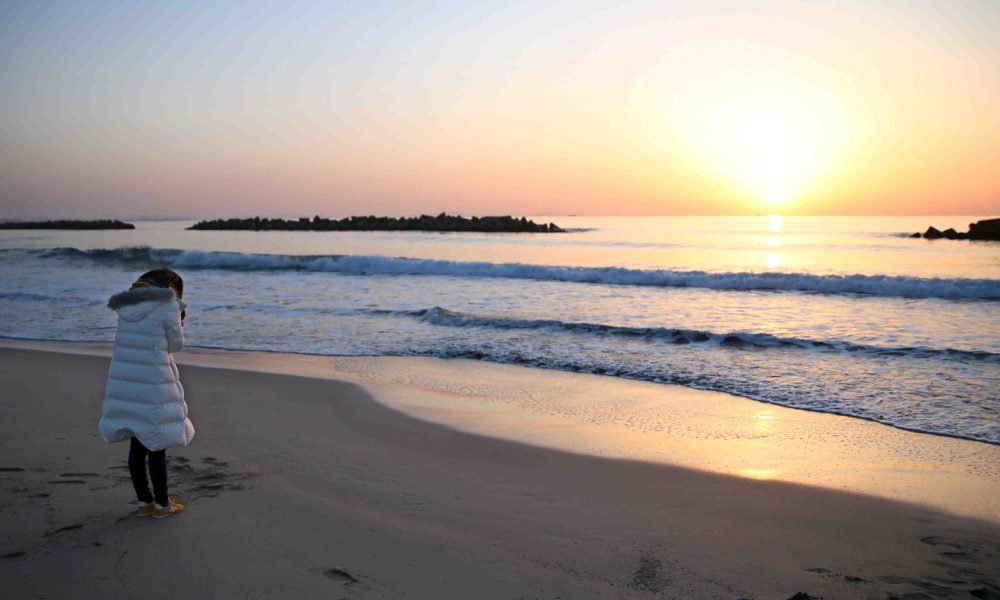 Our Earth is approaching its limit. The abnormal weather conditions observed in various parts of the world in recent years are proof enough of this.

Japan is experiencing a heat wave with temperatures exceeding 35°C (95°F). Torrential rains, not caused by typhoons, flooded many parts of Japan and caused extensive damage.

Meanwhile, Europe is facing what is said to be the worst drought in 500 years. It has reduced grain production and caused massive fires that threaten people’s livelihoods. Similar phenomena have been observed in the United States.

And that’s not all. Huge earthquakes and volcanic eruptions, the modern scourge of COVID-19, and full-scale warfare have wreaked havoc around the world. In these extraordinary times, something must be done to protect our Earth, and therefore our future.

It was this sense of urgency that stimulated JAPAN Striker to launch its brand new Japan 2 Earth site after a year and a half of preparation. The website provides information on Japanese environmental initiatives with the aim of reaching like-minded collaborators and partners in Japan and overseas.

August 16, The Sankei Shimbun announced the launch of Japan 2 Earth in the article “New Website Shares Japan’s Environmental Initiatives Toward the SDGs”.

The launch had also been announced by JAPAN Forward the day before, on the anniversary of the end of World War II, in the article linked here.

The objective of Japan 2 Earth is to build a network of collaborators and partners acting for the Earth. Sharing the stories of Japanese citizens, communities, businesses and organizations, it will share information on initiatives to protect the global environment and achieve the Sustainable Development Goals (SDGs).

The meaning of the platform’s name is the question: “What can Japan do for the Earth, and therefore for the world?” The logo is a pheasant, the national bird of Japan, designed in an origami style.

Japan 2 Earth’s editor, Susan Yoshimura, is from the United States and speaks English and Japanese. Although the website is available in both languages, Yoshimura emphasizes the importance of providing information in English.

“Japan’s innovative environmental technology, ideas and rediscovery of traditional methods of environmental protection are not widely known overseas, so it is particularly important to make information available in English.”

By providing information in English, Yoshimura hopes the platform will spark action overseas as well as in Japan.

Hideaki Ota, representative of the board of directors of JAPAN Strikerwho manages the platform, explains:

“During Japan’s economic growth, the country developed advanced energy-saving technology, which spread the concept of ‘mottainai’ [don’t make waste] throughout society. The time has come to rediscover this foresight and wisdom, and share it with the world.

Japan 2 Earth provides plenty of inspiration to galvanize action for the future. An article is about a Japanese businessman in Hanoi exploring the potential of applying Japanese technology to Vietnam’s pollution problem. Another story is about a Saitama city official channeling Japanese know-how into an international water supply project in Laos.

Less than two weeks after launch, a partner company of Japan 2 Earth said, “The appeal of Japan 2 Earth is that it operates with a high degree of freedom without being influenced by the self-serving opinions of certain organizations.

By facilitating the sharing of information in English and encouraging communication between different industries, the platform is expected to play an important role in promoting mutually beneficial relationships between partners.

In an increasingly chaotic world, Japan should strive to win the trust of the international community and seek a deeper connection with the rest of the world.

Together with our partners, we hope to continue exploring what Japan can do for the Earth.

Join us to spark the action with Japan 2 Earth!

Japan 2 Earth was launched to coincide with JAPAN Striker5th anniversary. The platform works with partners and collaborators to develop innovative projects for the future of the planet. If you would like to become a partner or find out more, visit the website or call 03-3275-8511.

Watch for our next issue on September 12.

(Read the column in Japanese on this link.)