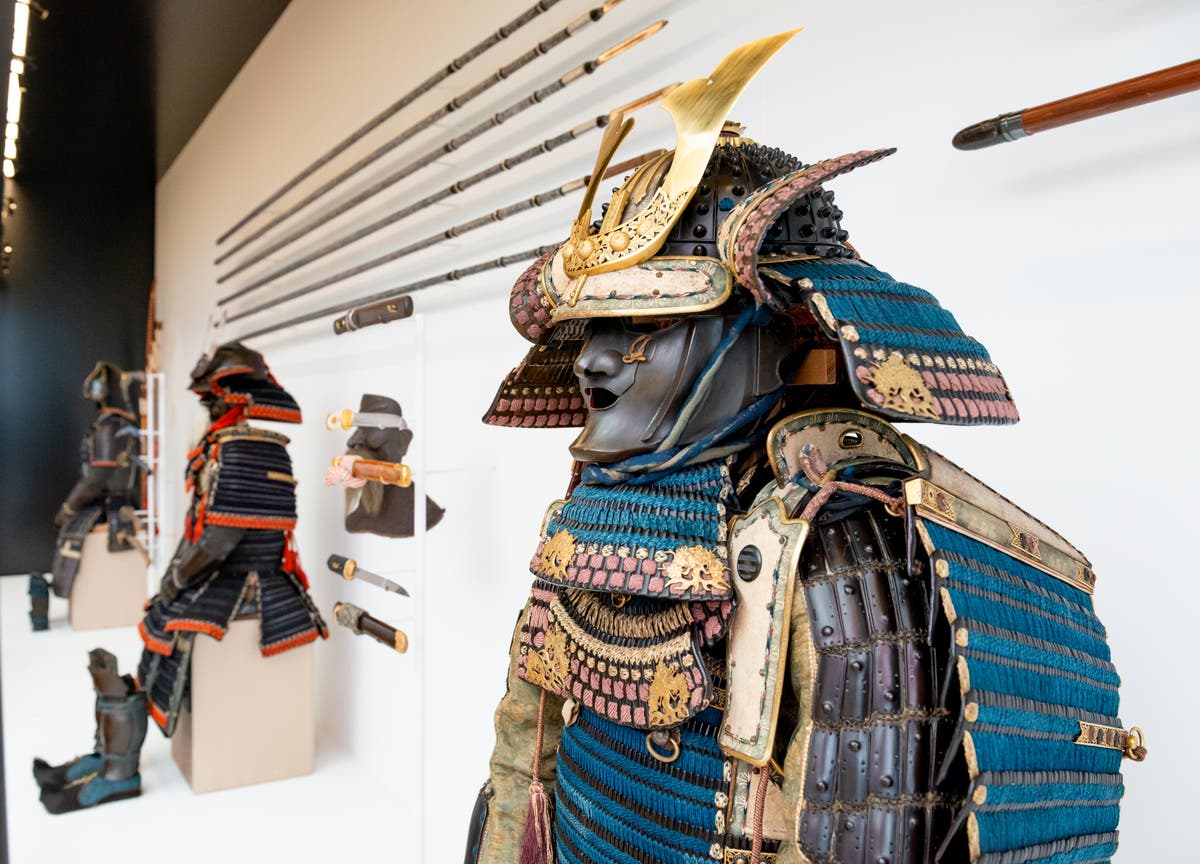 Review at a glance

his exhibition at the Queen’s Gallery in Buckingham Palace is a strange slice of life. This is not an overview of Japanese art and artifacts through the centuries; it is a reflection of these things in Japan’s gifts to English/British monarchs and the Japanese artifacts they collected, resulting in one of the most important collections of that country’s art in the West.

It begins in 1613 with remarkably fine samurai armor sent to James I by the Shogun – alas, there is no record of what this clever monarch did with it. Then there is a void in the exchange of gifts for the next two centuries. But when contact resumed in the 1860s with a visit from Queen Victoria’s second son, Alfred, Duke of Edinburgh, to Japan, the Emperor sent another gift of samurai armor – and remarkably, it’s pretty much the same as in the 17th century. version, only with an intimidating set of mustaches attached.

What this reflects is the astonishing reality that Japan remained confined for just over two centuries, from 1630 to 1850, during which time it refused all contact with the outside world. The exception was the Dutch, who may have been Christians but at least were not Catholic (the Church drew fierce hostility due to earlier Jesuit activity in Japan), and who were the only conduits of goods Japanese to Europe.

And so, while this exhibit is surrounded by gifts from Japanese monarchs to their British counterparts (alas, we don’t see the returning gifts), in between the gap is filled by Japanese artifacts collected by various monarchs. Mary II was fond of Japanese porcelain, while Queen Caroline – the wife of George II – collected fashionable Japanese lacquer cabinets. The manufacturing secrets of these two objects were not discovered until later by Europeans, the Meissen company being the first to decipher the porcelain code; meanwhile, the wily Japanese learned what thrilled the Europeans and tailored their wares accordingly. We see with two Queen Mary’s hexagonal jars that the digits of each correspond to each other, in a way that was not found in the merchandise for the domestic market.

The Europeans in turn adapted Japanese objects. Thus, the beautiful ceramic jars which George IV acquired from Japan for the Brighton pavilion, had ornate gilt fittings attached in France, to make them even more fabulous.

When contact finally resumed between Japan and the outside world in 1850 – a victory for American gunboat diplomacy – with Prince Alfred’s visit in 1869, his letters home suggest he was quite upset by the strangeness of the place. Contact continues uninterrupted thereafter, recorded in the gifts – a striking silk-embroidered folding screen presented to Edward VII; a gold box decorated with an exquisite heron for the current queen.

What this interesting exhibition should do is inspire one of the great galleries to give us the exposure we really need, of Japan’s astonishing influence on Western art in the late 19th century – from Woodcut Mikado. In the meantime, there’s a lot to enjoy here.

Mellman: The limits of diplomacy