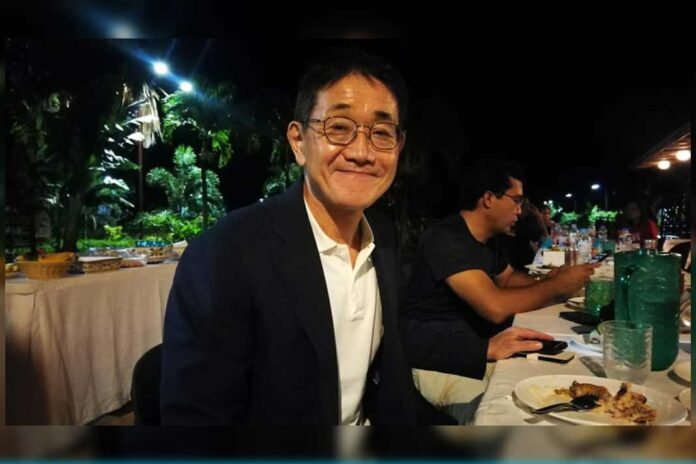 Japanese Consul General Kawasaki Toshihide spoke of his country’s strong bilateral relations with the Philippines during the latter’s courtesy visit to Dumaguete City. He met with Mayor Felipe Remollo to discuss the continued cooperation between the city of Dumaguete and Japan.

The Japanese Consulate General in the Cebu Jurisdiction notes that the city of Dumaguete is home to hundreds of Japanese nationals and their families and praised the city and province for its beautiful scenery and welcoming people.

Mayor Remollo and Consul General Kawasaki discussed ongoing and completed infrastructure projects in the city to include continued shoreline protection that will save the homes and lives of residents of Poblacion 1 (Tinago) from storm surges and strong waves.

Mr. Kawasaki is the first Japanese Consul General in Cebu and has made a special trip to meet with Mayor Remollo since arriving in Cebu City last year, but has been barred due to restrictions from the current COVCID-19 pandemic ,

This year 2021 marks the 65th anniversary of the friendship between Japan and the Philippines. It is a significant year for both countries as Japan and Manila celebrate decades of solidarity, trust and mutual understanding.

Both Consul General Kawasaki and Mayor Remollo hoped that the ties that unite our countries will be strengthened and cleared up in the years to come!

In a CHRONICLE interview with the editor of this newspaper, Consul General Kawasaki said that to celebrate the momentous occasion of this year’s 65th anniversary of mutual relations, the Japanese Embassy in the Philippines has embarked on a series from programs designed to further improve our people – to human relations – the heart of our exceptional bilateral relationship.

Kawasaki also extended Japan’s desire to invest more in the Cebu and Negros areas. He explored the expansion of cultural and educational exchanges of this university town of Dumagtuete and Japan.

A creative journey with Sondheim