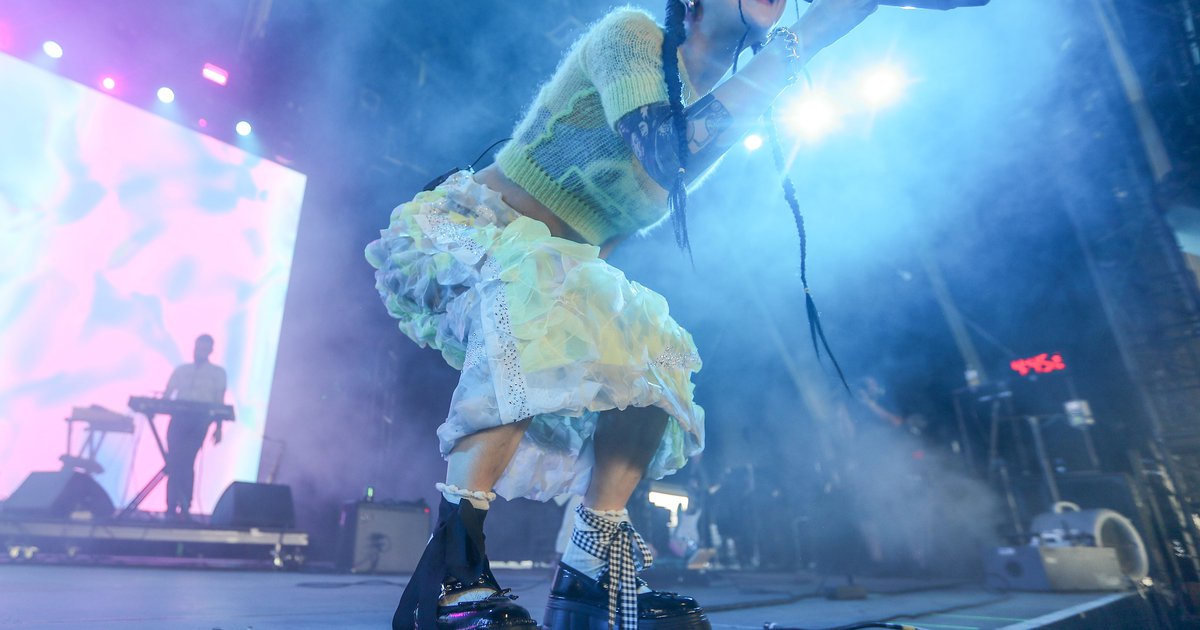 The group’s lead singer, Michelle Zauner, sang “Be Sweet” and “Paprika,” two popular songs from the acclaimed 2021 record that earned the group their first Grammy nominations for Best New Artist and Best Alternative Music Album. earlier this year. She starred with host Natasha Lyonne, who also debuted on the long-running NBC variety show.

The upbeat and ethereal live performances may also be an introduction for some viewers to Zauner and Japanese Breakfast, which has been making the rounds on late-night television in recent months as the Bryn Mawr graduate continues to promote the album. with his best-selling memoir, “Crying in H-Mart”.

While Zauner was in rehearsal for her “SNL” performance at NBC studios in New York, she made a quick stop at “The Tonight Show,” where she spoke with Jimmy Fallon about her Grammy experience and inspiration. behind “Crying in H-Mart.”

“I’m half Korean and my mother is Korean and so in a way I felt like I was losing part of my culture on top of losing my mother,” Zauner said. mentioned in the episode, which aired Thursday. “I started going to H-Mart and learning how to cook Korean food and every time I came home it was a way for me to remember my mother and stay connected to my culture. “

Following a personal essay entitled “Crying in H-Mart” published in the new yorker in 2018, Zauner decided to continue writing about grief after her mother’s death. She is currently working on writing the screenplay for the film adaptation of the book, which has been on the New York Times bestseller list for 30 weeks since its release in April 2021.

On Thursday, Councilor Helen Gym presented a resolution to recognize Zauner’s work in honor of Asian American and Pacific Islander Heritage Month. In the resolution, Gym noted Zauner’s gig in the early 20s working the locker room at Union Transfer before selling the venue five times as part of Japanese Breakfast.

The concert hall named its dressing room after Zauner, whom it celebrated in a Instagram post Last year.

Gym also noted the significance of “Crying in H-Mart”, both as a personal essay-turned-memoir for Zauner, but also as a celebration of Korean cuisine as a way to honor his late mother, who was the main source of inspiration for the book. .

“Through her music and writing, Zauner has created a unique voice for Asian America. Her work has deeply explored themes of belonging, motherhood, grief, renewal and recovery, and recovery. cultural preservation,” said the resolution bed. “His words – whether on the page or reverberating in a concert hall – remind us that through grief and joy, conscious acts of cultural recovery, oral histories and storytelling, and the power of artistic expression pay homage to the relationships we have with those closest to us, and with those who have passed.”

Japanese Breakfast will return to Philadelphia on July 23 as part of their North American tour, performing at the Dell Music Center in North Philadelphia. The tickets are still available.

Joe Biden might just give the boost Japan needs