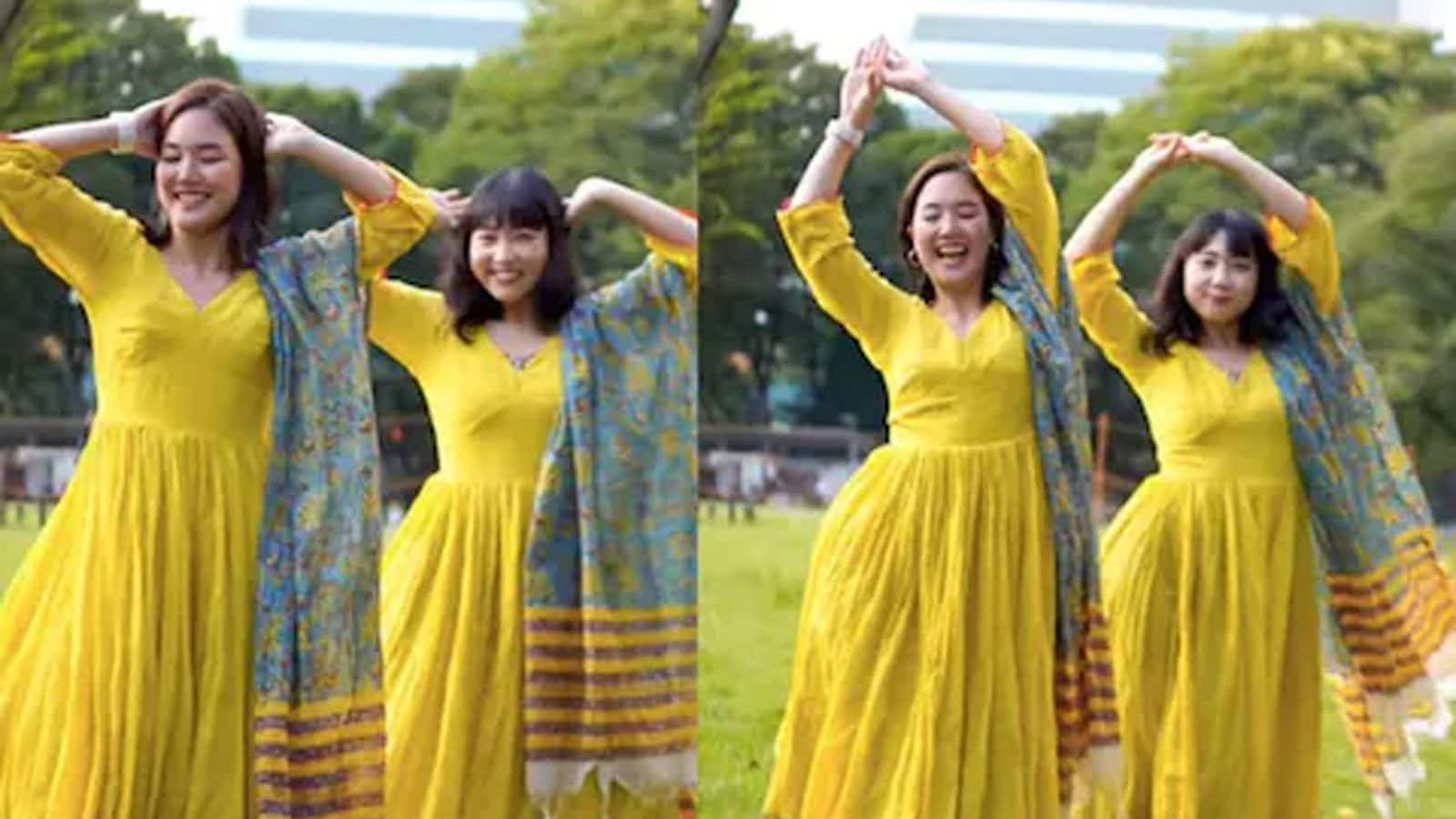 A video in which two Japanese girls dance their hearts out to Bollywood diva Aishwarya Rai’s song Kahin Aag Lage Lag Jaave has gone viral on social media. The duo can be seen dressed in a yellow Anarkali salwar kameez and they look stunning.

The duo’s video was shared on Instagram by a Mayo Japan account with the caption, “It’s Friday!!! How was your week? Let’s enjoy the weekend!!!”

In the viral clip, the two girls danced to the popular soundtrack to the 1999 romantic drama Taal directed by Subhash Ghai. The film starred Aishwarya Rai Bachchan, Akshaye Khanna, Anil Kapoor, Amrish Puri and Alok Nath in the lead roles.

Watching the video, people can’t keep calm. Since being shared on the internet, the video has garnered lots of views and comments. One user wrote, “This is an epic Bollywood song! Girls, you look gorgeous in those party dresses.

Another user said, “You are so so beautiful in this Indian Salwar Kameez and your dancing is so graceful with that little naughtiness. I simply love it. Lots of love from India.

A third user wrote: “You both look gorgeous.” The video has received 230,000 views on Instagram so far.

In the era of social media, the distance between the countries of the world has also come to an end. Whether it’s food or culture, people in one country are learning more and more about another country through the internet. Earlier, a group of African children were seen dancing to popular Bollywood tunes.