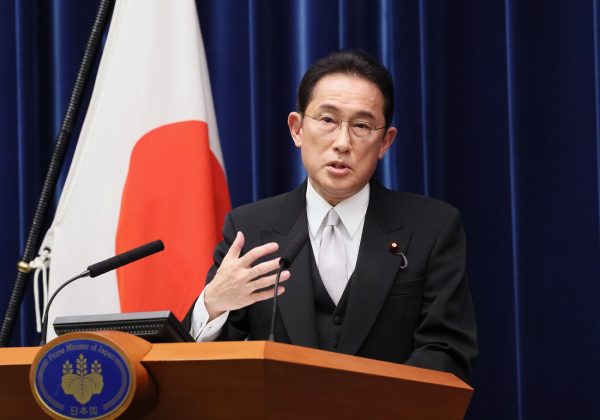 Less than a year after he became prime minister and led his Liberal Democratic Party (LDP) to a significant victory in lower house elections in October 2021, Kishida Fumio faces a crucial national election next month. His party’s success in winning a stable majority in this election will guarantee Kishida his full mandate and should allow him to pursue his political agenda, as no national election is scheduled before 2025.

Japan’s 26th triennial election to elect half of the 248 members of the upper house, or House of Councilors, will be held on July 10. The official campaign started on June 22. The upper house of the National Diet is a relatively less powerful body than the House of Representatives, the lower house, from which the Prime Minister and many of the cabinet ministers come and which also controls legislation on key issues such than the national budget.

Yet elections to the House of Councilors are not taken lightly in Japanese politics. Election results in the upper house can have a significant impact on the government of the day, both for legislative purposes and in judging the credibility of the ruling party and its leader. Not only can the upper house check legislation passed by the lower house, but history also suggests that poor election results in the House of Councilors can even unseat prime ministers. Then-Prime Minister Hashimoto Ryutaro resigned following a massive loss of LDP seats in the 1998 upper house elections. Similarly, Prime Minister Abe Shinzo resigned just months after the 2007 upper house election, largely under pressure due to his party’s poor performance.

In the 2019 election, the upper house was made up of 245 members, but following electoral adjustments, the number rises to 248 this year. It is a “permanent” chamber which is never dissolved, half of its members being elected every three years. Members are elected by a combination of single vote and proportional vote. Fifty members are elected through a complex system of open-list proportional representation. Another 74 members will be directly elected by candidates in 45 prefectural constituencies – 32 members from single-member constituencies and 42 from 13 multi-member constituencies, with Tokyo returning six members, for example.

This election comes at a time when Japan is facing several economic and strategic challenges, particularly in the wake of Russian military intervention in Ukraine and China’s ever-increasing military assertiveness in the region, including around waters. Japanese.

On the economic front, the Japanese currency has fallen to its lowest level in 24 years against the dollar and the cost of living is rising, including rising fuel prices. It is unclear how Kishida’s flagship economic project, “new capitalism,” a virtuous cycle of growth and better distribution of income, will help voters address immediate economic challenges. The government adopted a supplementary budget at the end of May offering subsidies to keep prices low. But its impact was minimal and it doesn’t seem to have made any difference to ordinary households.

In opinion polls after the supplementary budget, 56 percent had a negative view of the government’s attempt to stabilize prices. In another poll, 64% said the current level of inflation was “unacceptable”. There has also been a decline in support for the Kishida cabinet according to a Mainichi poll conducted in mid-June. This is by no means good news for Kishida.

On the diplomatic front, Kishida largely follows Abe’s initiatives such as a “free and open Indo-Pacific”, deeper engagement with the United States and the investment of diplomatic capital in the Quad process, while engaging Southeast Asian nations. Even Kishida’s emphasis on increasing defense spending is nothing new, although no leader before him has announced the prospect of doubling the current budget by 1% to 2% over the next five years. years.

What distinguishes Kishida from Abe is his policy towards Russia in the aftermath of the war in Ukraine. While Abe has followed a policy of engagement with Russia in the hope that an agreement on the territorial dispute with Russia can be reached. But it didn’t progress at all and Abe’s efforts ultimately failed. Kishida took a hardline approach to Russia after the invasion of Ukraine. His policy towards Russia and his support for Ukraine have been strongly embraced by Japanese citizens.

Public opinion polls suggest that Kishida’s plan to increase defense spending and his policy of developing counterattack capabilities are gaining more and more public support, unlike in the past. More than 50% of Japanese are now in favor of spending up to 2% of GDP on defence.

Kishida has set a low bar for himself in this election. Along with LDP coalition partner Komeito, 69 seats currently held by the ruling bloc are up for replacement; the remaining 69 will continue until the next election. However, Kishida has set a goal of winning just 56 seats, which will give the government a simple majority. This is a tactical decision as Kishida will claim a bigger victory if the coalition wins additional seats above the modest target.

Various polls suggest that the LDP with its partner should retain its majority, as the two parties work in tandem to maximize their electoral gains. On the other hand, opposition parties are in disarray and have been unable to cooperate, as they did in the 2019 upper house elections, and are instead fielding candidates against each other. others. A fragmented opposition gives the LDP and Komeito an electoral advantage.

While the coalition is poised to win the election and should easily achieve its modest goal, for Kishida domestic challenges remain significant and foreign policy issues are not easy to negotiate either. Rising prices and weak wage increases will seriously hurt ordinary households and the weakening of the yen will put additional pressure on prices. There is no indication that the war in Ukraine will end soon, which will keep oil prices high. Energy costs are likely to skyrocket as a result.

It is doubtful that Kishida will be able to increase defense spending as much as he would like. Japan’s fiscal health is not healthy. In addition, the LDP’s coalition partner, although few in number, wields significant influence over policy decisions. The Komeito did not wish to significantly increase defense spending, nor did they approve of Kishida’s counterattack policy.

Even with a stable majority in both houses of parliament, the road ahead for Kishida on domestic and foreign policy issues is not smooth. Politics in Japan will be interesting to watch to see how Kishida moves forward with his “new capitalism” plans, defense spending, and other critical strategic choices, including developing counterattack capabilities.

Okinawans pray for peace amid growing tensions abroad, at home

‘I Was on a Treadmill Until Death’: The Amazing Worlds of Chiharu Shiota | Art