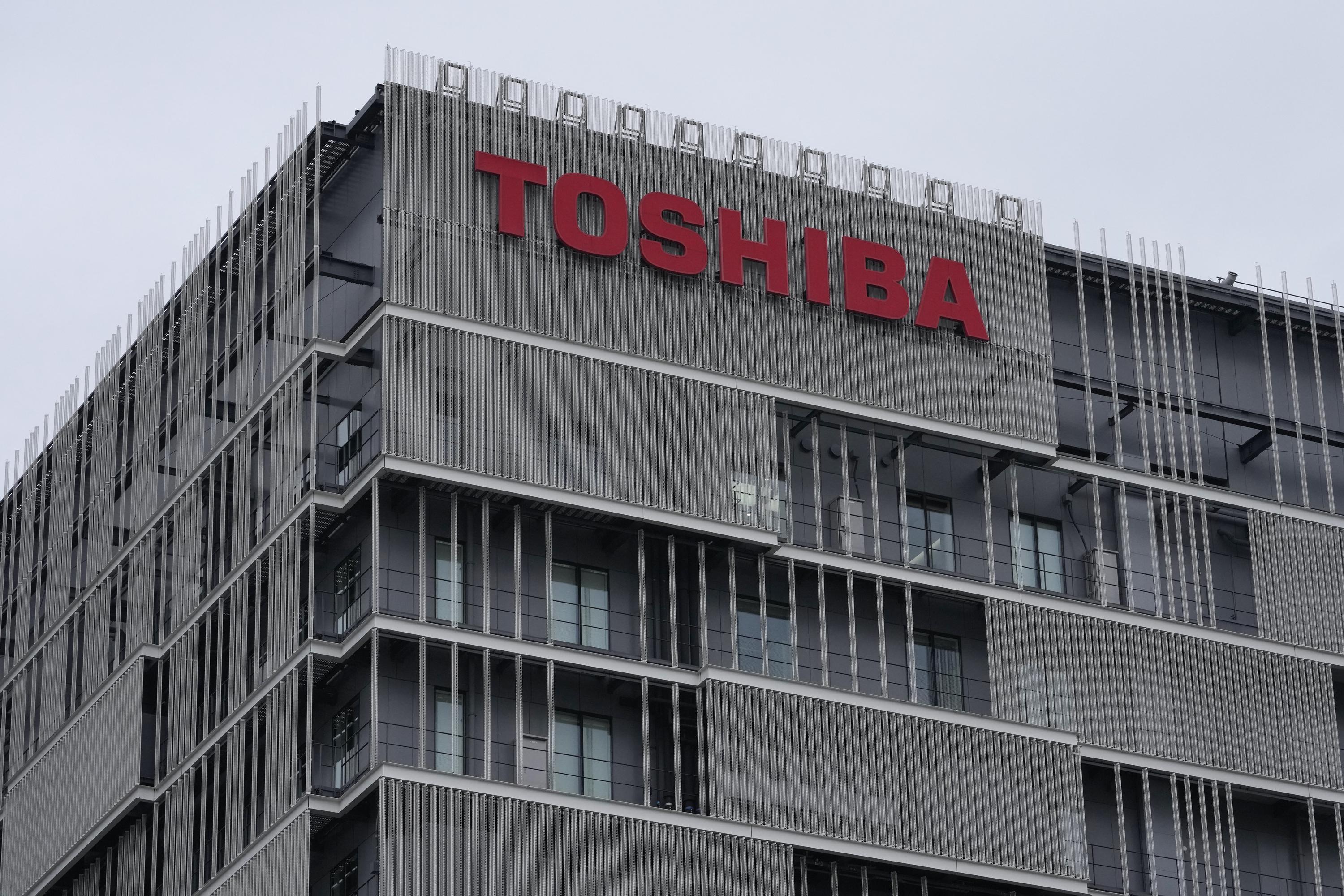 Japanese tech giant Toshiba is considering privatization as an option

TOKYO (AP) — Toshiba executives said Friday that privatization remains an option for the Japanese technology company, as they defended their efforts to pick the right bidder to restore what they called “a strong Toshiba.”

Toshiba, based in Tokyo, is trying to convince shareholders of a restructuring plan. The company did not give the nationalities or other details of potential investment partners, including eight who recommended Toshiba Corp. to become private.

Toshiba President Jerry Black stressed in an online press conference that how bidders’ proposals are evaluated will be transparent to all stakeholders.

The goal is for Toshiba to quickly go through what he called a “radical transformation,” showing clear direction and leadership, Black told reporters.

Some shareholders, including foreign investment funds and US proxy advisory firm Institutional Shareholders Services, opposed the plan. An earlier plan that was also scrapped called for a three-way split.

Black, who has experience in international consulting and the turnaround of struggling Japanese companies, and Taro Shimada, a former Siemens executive, tried to come up with an alternative plan.

“It is important that we concentrate our strengths going forward. A lot of people say Toshiba has gotten weaker,” said Shimada, who took over as chief executive three months ago.

The options will be restricted after a general meeting of shareholders on June 28, according to Toshiba. The company is seeking shareholder approval at this meeting for the appointment of certain outside directors to the board. Selected investment partners will be invited to submit legally binding proposals in July.

Japan Investment Corp., partly owned by the Japanese government, and US investment fund Bain Capital are said to be among those trying to acquire Toshiba.

Black said Toshiba is working closely with the Japanese government to assess its options.

It is still unclear if a suitor needs a Japanese partner to be able to close the deal.

“Japan and the world will need a strong Toshiba,” Black told reporters.

Toshiba has been struggling since the Fukushima nuclear disaster in March 2011. A tsunami sent three reactors melting, spewing radiation over an area that is still partly a no-go zone. The company is involved in the dismantling effort, which will take decades.

His reputation was also tarnished by an accounting scandal, involving books that had been doctored for years.

Former chief executive Satoshi Tsunakawa, who had tried to lead Toshiba through reforms in recent years, is leaving the board.

Toshiba, founded around 150 years ago, has prided itself on its technological prowess for decades. He still has a sprawling business that includes computers, electronics, and home appliances.