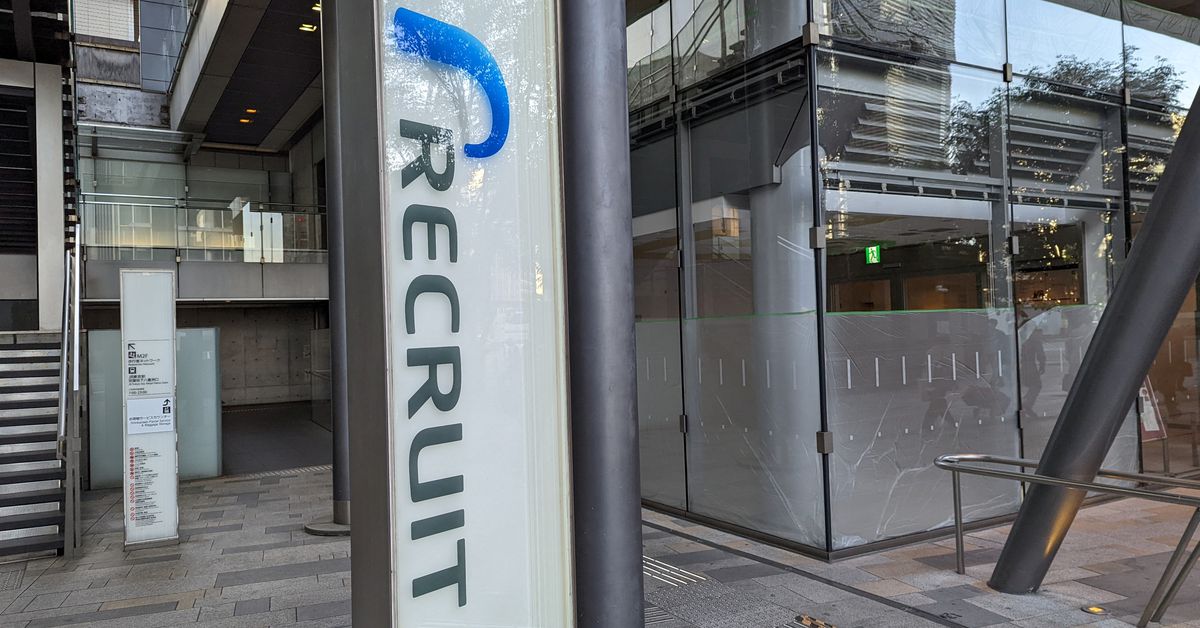 TOKYO, May 16 (Reuters) – Glassdoor owner Recruit Holdings (6098.T) says it wants 50% of management and leadership positions to be held by women within 10 years – a rare promise in a country where men dominate the upper echelons of society. business, politics and public service.

The push for more women in the upper levels of Japan’s largest human resources services company is part of a diversity drive to ensure a flow of brilliant business ideas, COO Ayano said. Sena” Senaha, its highest leader.

As of April 1, 21% of senior executives at Recruit, including heads of major business units, were women, up from 10% a year earlier, according to company data seen by Reuters.

“It’s a survival mechanism – it makes business sense,” Senaha told Reuters in an interview. “We don’t manufacture things, unlike many other Japanese companies, and we launch services based on fresh ideas from the employee base.”

Recruit is already an outlier in Japan, the world’s oldest society, where many graduates still expect to spend their entire career working for the same company.

Although three-quarters of Japanese companies have one or two female directors, only 5% have three or more, according to data from the MSCI index.

In contrast, two-thirds of companies in the United States, 85% in Great Britain and 100% in France have at least three female directors.

Recruit’s workforce is young and half are women. Senaha, 39, was promoted to the board in June 2020, becoming the youngest female director among the Nikkei 225 companies.

She assumed her current position in April 2021. The company announced her commitment a month later as a measurable goal to accelerate its diversity campaign.

“We need that pressure,” Senaha said.

Recruit will appoint a third woman, Keiko Honda, as an outside director to its 10-person board of directors at next month’s annual shareholders meeting. Recruit once had a female CEO, Eiko Kono, from 1997 to 2004.

“It’s a great first step and I hope they expand to other diversity metrics and disclose everything,” said Nicholas Benes, a corporate governance expert.

“Diversity should also include nationality, upbringing, upbringing and key skills,” said Benes, who heads the Board Director Training Institute of Japan.

Over the past decade, Recruit’s purchase of US job search engine Indeed and job assessment site Glassdoor has boosted overseas revenue to about half of the company’s total, from less than 4%.

It has a market capitalization of $60 billion and said its operating profit more than doubled to 379 billion yen ($2.9 billion) in the fiscal year ended March 31.

Indeed co-founder Rony Kahan is the only foreigner on the board.

In recent years, successive prime ministers have stressed the need for Japanese companies to diversify and offer flexible working.

Under revisions to Japan’s corporate governance code last year, companies are encouraged to disclose goals for promoting diversity. The Keidanren business lobby has called for 30% of executives to be women by the end of the decade, but these voluntary calls to action have an uneven track record.

Japan continues to be known for its long working hours and many women still leave the workforce after having children. Few men take substantial paternity leave.

A Japanese Perspective on Humanistic Psychology