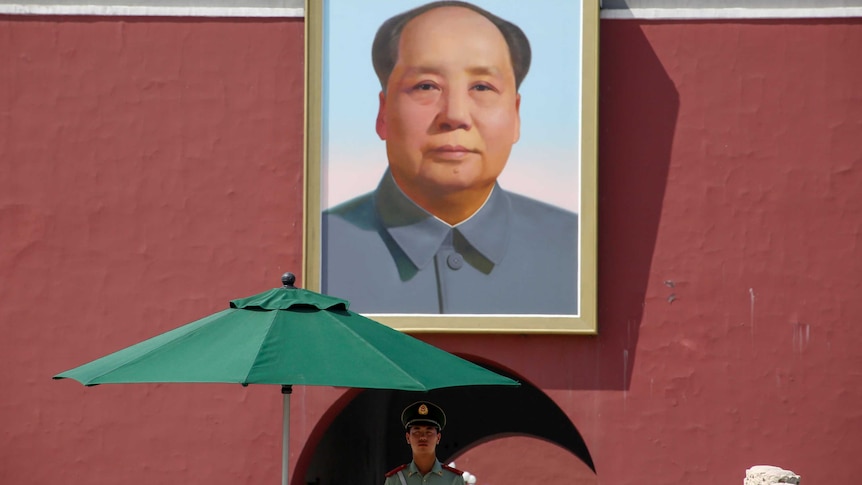 Japan’s ambassador to Australia has warned of the risks of putting ‘too many eggs in one basket’ with China as he signals increased investment by Japanese companies in Australian resources such as minerals and critical gas.

Yamagami Shingo, who has been Tokyo’s top diplomat in Canberra for more than a year, said Japan sympathized with Australia over a Chinese campaign of economic coercion targeting trades such as coal, beef and wine.

He said the episode was the catalyst for Japan to abandon near-total dependence on Chinese rare earths on other suppliers, including Australia.

And he noted that the decision had all but guaranteed the development of the Mount Weld mine in Western Australia, which is operated by local rare earths champion Lynas Corporation.

“Japan has managed to reduce dependence on the Chinese source from almost 90% to 60%,” Yamagami said.

“I think it’s a great testament to the importance of not putting all the eggs in one particular basket.

“And that’s, I think, exactly something that our friends in Australia are learning through the recent lessons of wine or coal or barley, timber, lobster… all those commodities that have been subjected to economic coercion .

“Certainly we would like to reduce our dependency further, and in that regard any help from Australia would be most welcome.”

Yamagami’s comments came during a visit to WA, where Japanese companies have large investments in industries ranging from coal power, liquefied natural gas and logging.

Amid a massive push by Japan to develop a “hydrogen economy“, Mr Yamagami said Tokyo was betting big that Australia would be crucial in making ambition a reality.

Just as Japan funded Australia’s iron ore and LNG industries in the 20th century, he said everyone expected the same to happen with hydrogen.

He said while the most advanced project between the two countries was coal-to-hydrogen conversion in Victoria – a so-called brown hydrogen project – there were as many as 20 other projects on the drawing board.

Many of them, he said, would produce fewer or even no emissions by using gas or renewable energy as feedstock, potentially holding the key to both countries’ emissions targets.

“If you are a student of history, throughout human history eyes of doubt and suspicion have been cast upon the development of, for example, steel, oil, coal, LNG, little matters,” he said.

“I strongly believe that hydrogen is the future. It’s not in abstract terms. It’s in concrete terms.

“And I think the outlook for Australia is very promising and we expect a lot from Australia.

“For example, with vast land, sunshine and proximity, I think Australia is perfectly positioned to be a big exporter of hydrogen to Japan.”

Despite the focus on hydrogen, Mr Yamagami acknowledged that Japan will rely on natural gas to power its $6.6 trillion economy – the world’s third largest – for many years to come. .

He declined to be directly drawn to industry speculation that the massive Browse gas field off the northwest coast of WA could be used to fill the $45 billion Ichthys LNG project owned by the Japanese company INPEX.

However, he said the benefits to Japan of a stable energy supply from a country like Australia were paramount and “there is scope for INPEX to improve its project in Australia.”

“After all, we live in a market economy in Japan and Australia. It’s up to private companies to decide.

“But having said that, as a government, I would like to see a healthy and steady development of energy cooperation between Australia and Japan.

“We are not here for short term profit, we are here for long term commitment.”

Hayley Channer, senior policy fellow at the Perth USAsia Center, said Canberra and Tokyo have grown much closer in recent years, thanks in part to China’s growing belligerence.

Ms. Channer noted that while Japan and Australia have long had close economic ties, these extend to the areas of defense and security.

As proof, she pointed to the signing at the beginning of the year of a defense pact, which will allow closer military cooperation between the two countries.

She said the pact, known as the reciprocal access agreement, was historically significant as it was the first time Japan had signed a defense agreement – a series of multilateral agreements. — with any country other than the United States since 1945.

“What it is actually signaling is that Japan, for the very first time since the end of World War II, is distancing itself from the United States.

“So he doesn’t just see himself as being under the U.S. security umbrella.”

With COVID and Russia’s invasion of Ukraine upending supply chains, Ms Channer said there was impetus for “like-minded” countries such as Japan and Australia cooperate on trade.

She said China’s actions against the two countries, as well as Russia’s use of energy exports to Europe as an economic weapon, underscored the need to bolster supplies.

“They need to work much more closely with each other to identify what their priorities are,” she said.

“The challenge will be to identify what Australia and Japan … are most vulnerable to so they can ensure they are less vulnerable the next time a trade war with China occurs.”