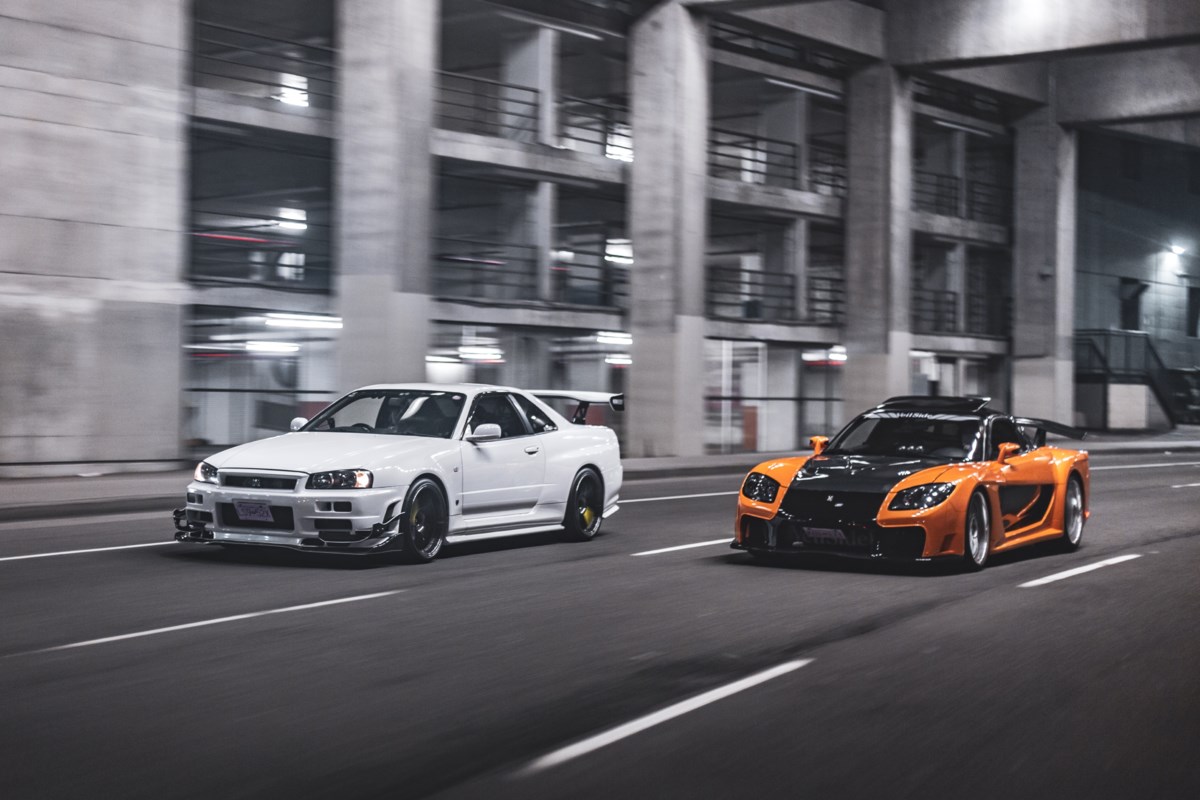 Over the past five years, he has attended hundreds of auto shows and taken photos of some of the most legendary cars in the Japanese auto scene.

Growing up, Marcus Lam used a point-and-shoot camera to take pictures of his Hot Wheels toys. Now he’s photographing automotive legends in Metro Vancouver to carry on the history and tradition of Japanese supercars.

Interested in cars from a young age, Lam attended his first automotive encounter about five years ago and packed his camera. Hundreds of cars meet later and Lam is well known in the Vancouver auto scene for his work. Even with his evocative images of some of Metro Vancouver’s cleanest builds combined with stylized montage, Lam says there’s still a lot to learn and master.

“A good photo should make you feel something”

Having seen so many highly sought after cars, Lam says that over time he sometimes becomes oblivious to a vehicle’s fame. This was far from being the case when he saw the car that was so instrumental in his passion for Japanese cars, the orange and black Veilside RX7 which drifted onto screens in 2006. The Fast and the Furious: Tokyo Drift.

“It was like the only car that had kind of been like one of my childhood dream cars,” Lam said, adding that often it’s the people behind the wheel that make the experience even more interesting. “It’s not even about the cars because most of the time a shoot is like a hangout with the owner, we chat, become great friends.”

Lam noted that there are a few “bad apples” in the Vancouver auto community that he believes can give others a bad name due to reckless driving and a general lack of common sense. Deep down, he says, most enthusiasts are respectful people and just want to have fun and share in the automotive culture.

“ Keeping the tradition of Japanese automotive culture alive in Vancouver ”

Through his photography, Lam became associated with a friend’s brand called revive199x.com which focuses on the return of ’90s style to modified cars.

“It’s just about keeping the tradition of Japanese automotive culture alive in Vancouver. Trying to promote it to the new wave of enthusiasts, ”Lam said, explaining that many people buy the brand’s stickers to enter the scene.

“The brand exists to try to give them a taste of what Japanese styling is appropriate for cars,” Lam added.

Lam attributes the fascination and obsession with these cars to the large Asian population of Richmond and Vancouver. He says a lot of his friends are from Hong Kong which has a big scene for Japanese cars from the 80s and 90s.

The lure of the unattainable

“A lot of them come here with that interest in mind,” Lam said. “They were sort of inaccessible because they were never sold here, so to get one you have to import one or find one that has been imported and I think that’s the fascination to have. things that we don’t like to have here as one thing. “

Like most things, Vancouver’s auto scene has been greatly disrupted by the coronavirus pandemic (COVID-19), with cars meeting each other becoming a rarity. Interestingly, the pandemic has also offered unique benefits to car enthusiasts. With fewer people commuting to work each day, the streets of Metro Vancouver have much less traffic and have opened up the road for longer, more enjoyable commutes. The drop in fuel prices was also a boon for those with a heavier gas pedal.

Lam says that as restrictions open up, the automotive community is eager to come together again to show off their rides.