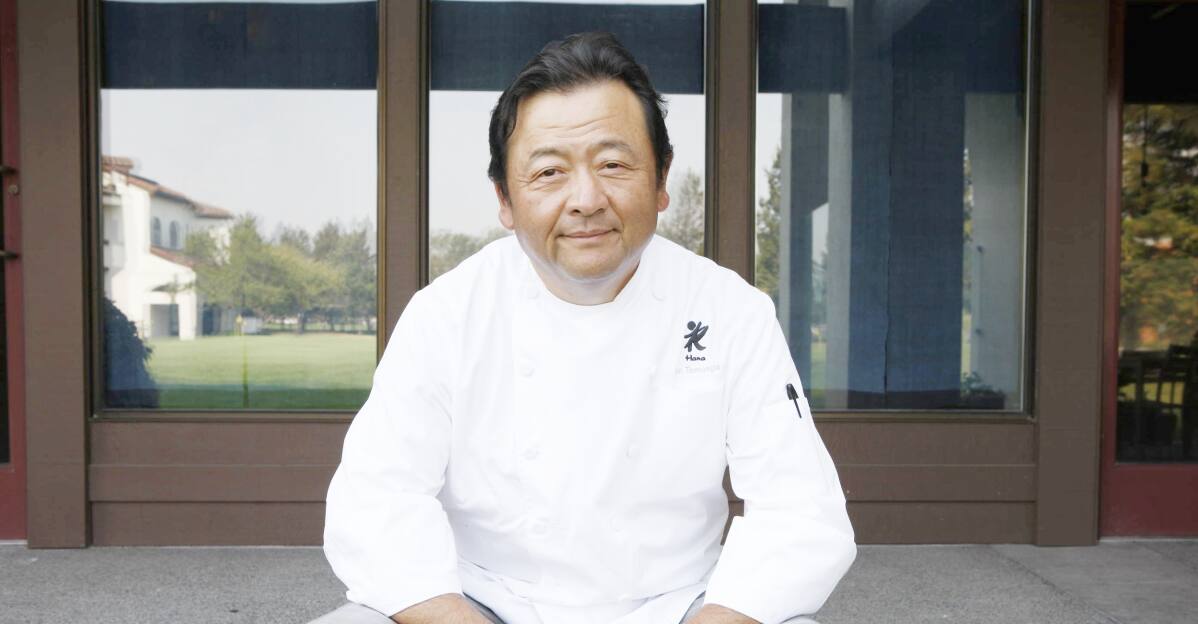 Ken Tominaga, chef and owner of Hana Japanese in Rohnert Park, dies at 61

Japanese celebrity chef Kenichi “Ken” Tominaga, legendary owner of Japanese restaurant Hana in Rohnert Park, died Monday morning after a brief illness. The 61-year-old restaurateur was surrounded by his family, including his mother, who came from Japan to be with him.

Hailing from Tokyo, Tominaga developed a cult following after launching Japanese restaurant Hana in 1990 in an unlikely location in the DoubleTree Plaza shopping mall. His goal was to whet Sonoma County’s appetite for the authentic Japanese cuisine he grew up eating at home and in restaurants.

Hana quickly established itself as one of the leading Japanese restaurants in the Bay Area, thanks to Tominaga’s fundamental principles laid out on the restaurant website: sourcing only the highest quality fresh fish; incorporate only the best local products; and trust that “if you love food, know how to prepare it, and try to make people happy, you will succeed”.

Over the years, some of Sonoma County’s top chefs have lined up at Hana’s intimate sushi bar on their evenings off, savoring not only the chef’s high-quality sushi, but also comfort food like soup of Nabeyaki Udon seafood noodles that his mother used to make.

“Ken knew all the Japanese dishes,” said chef Douglas Keane, who often cooked for Tominaga when he worked at the former Cyrus and Shimo in Healdsburg. “Other than Cyrus, he was the only one in Sonoma County that used IMT (International Marine Products) and True World Foods. They brought in the fresh fish once a week from Japan.”

Keane, who plans to reopen a new Cyrus restaurant this fall in Geyserville, said he first met Tominaga when they were both cooking for various food and wine events. He admired the chef for his hospitality, work ethic and upbeat personality.

“No matter how good he was as a leader, he was just a great human,” Keane said. “He always told you what a great meal he had somewhere, and he always made you smile when you saw him.”

Over the years, Tominaga has been sought out as a partner by other chefs and restaurateurs. When famed Napa Valley restaurateur Cindy Pawlcyn opened her seafood restaurant Go Fish on St. Helena in 2006, Tominaga held court behind the restaurant’s sushi bar.

“He was such an amazing person, with a spirit that I will always remember,” said Sean Knight, business partner of Pawlcyn. “His talent and standards were at such a high level, and he had the ability to instill that in the people around him.”

Most recently, Tominaga was a partner in Dustin Valette’s The Matheson in Healdsburg, which featured a Tominaga-run sushi bar when it opened last November. The sushi bar was recently discontinued for several reasons, Valette said, including Tominaga’s declining health.

“This guy taught me so much, not just about sushi, but about being a real human,” Valette said. “He was a great guy and an inspiration as a business partner.”

Like other chefs, Valette was a regular customer at Hana, where he enjoyed watching Tominaga choreograph all aspects of the restaurant, from the food to the welcoming ambiance of the restaurant.

“Ken made this restaurant special,” Valette said. “He was such an integral part of this restaurant. I like the food and the quality. I love watching a master paint. It’s like Michael Jordan playing basketball.

“Hana was a family restaurant, and when you were at Hana, you were part of that family,” Mina said. “Ken made this connection effortless, and I owe it to him for teaching me and showing me what it really means to run a restaurant like your home.”

After developing a close friendship, Tominaga and Mina opened PABU Izakaya in 2014 in San Francisco’s financial district. The modern izakaya and sushi bar was named by Zagat as one of the hottest Japanese restaurants in the country. In 2016, Tominaga and Mina built on the restaurant’s success by opening PABU Boston at the Millennium Tower.

Tominaga was born on November 12, 1960 in Tokyo to Katsuya and Keiko Tominaga. While raising their son in Tokyo, his parents made sure he was immersed in the city’s vibrant food scene. In high school, Tominaga worked his way up the restaurant ladder, first as a dishwasher and then as a prep cook, squeezing out a few hours of sleep before heading back to class.

While studying engineering at university, he met his wife, Emiko Tominaga, when they were both 19 years old. They got married in Tokyo.