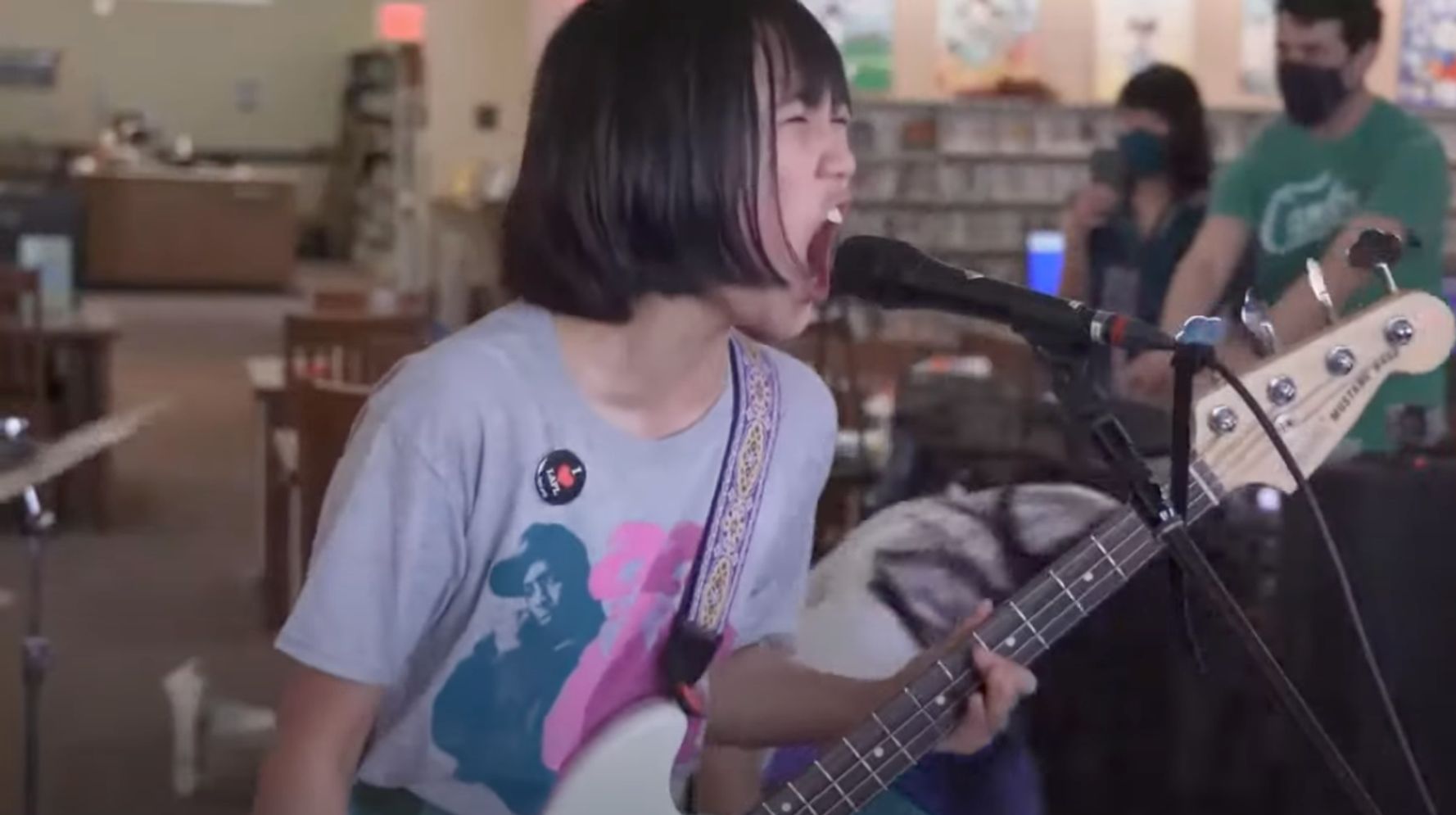 A group of teenagers wrote a song about racist and sexist boys and it quickly became a viral pandemic-era anthem.

To celebrate Asian and Pacific Islander Heritage Month, the Los Angeles Public Library recently hosted a concert in which garage punk band called The Linda Lindas performed some of their songs, including one on anti-Asian discrimination called “Racist Sexist Boy. “

“A little while before we were locked up, a boy from my class came to me and told me that his father had told him to stay away from the Chinese. After I told him I was Chinese, he walked away from me, ”Mila, the band’s 10-year-old drummer and singer, said to introduce the song.

“Eloise and I wrote this song based on this experience.”

A video of the show posted by the library was viewed more than 3.4 million times on Saturday night. Other clips uploaded have also been viewed millions of times.

Don’t mess with The Linda Lindas.

The group is made up of cousins ​​Mila; Éloïse, 13 years old; and Lucia, 14 years old; and their close friend Bela, 16; who are all both Asian and Latin American.

According to their website, their music “channels the spirit of original punk, power pop and the new wave through the ears, eyes and minds of today.” They released their eponymous EP last year, as well as a single called “Vote!”

“There was an election that was going to change all of our lives, right? But we weren’t old enough to vote, so we wrote a song to encourage those of voting age to vote, ”Eloise said in an interview on their library show.

Their new hit song – and the band’s Riot Grrrl vibe – was announced by fans new and old online. Between Thursday and Saturday, Linda Lindas’ number of Instagram followers rose from 50,000 to over 172,000.

“It was so awesome! All the songs are great but “Racist Sexist Boy” was particularly badass. It’s so overwhelming that you’ve had this experience, but great, you could make such an amazing song out of it, ”one commentator wrote on YouTube.

“For example, I wish I had this anthem for my own racist and sexist boy this latest pandemic. An anthem, these super stars, ”wrote a person on Twitter.

Another tweeted: “This is the first band I am RUNNING to see once I get my second shot.”

Last year, the group wrote and performed an original song for “The Claudia Kishi Club,” a Netflix documentary about the Japanese-American character in the iconic Baby-Sitters Club books. The documentary explores how for many Asian American women, Kishi was one of the first times they were portrayed in popular media in a way that shatters stereotypes.