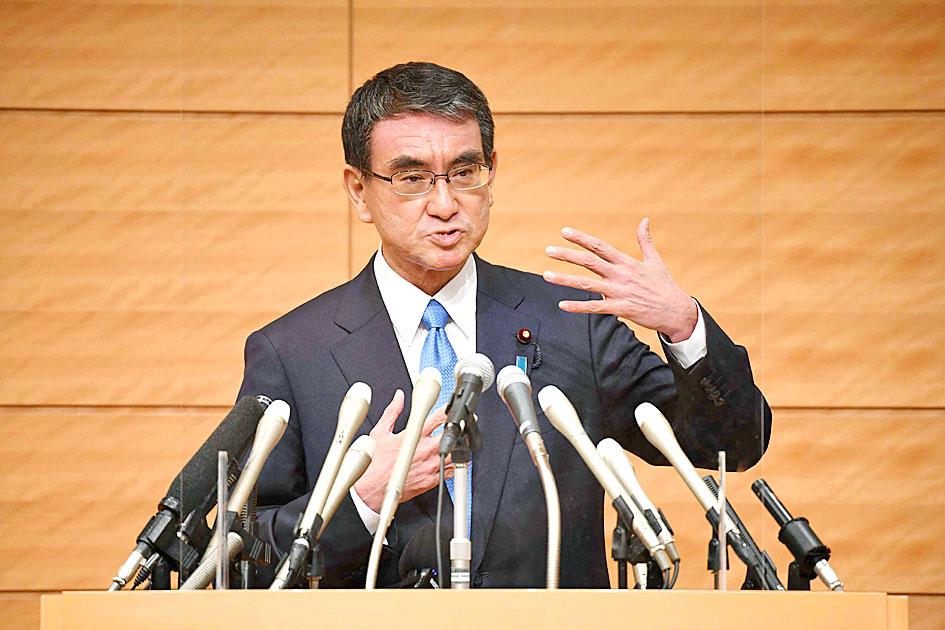 Japanese Minister of Administrative Reform and Regulatory Reform Taro Kono, who is responsible for overseeing the national COVID-19 vaccination program, yesterday officially announced his candidacy for the ruling party and, by extension, to become the next prime minister.

Kono said at a press conference that he would be an empathetic leader who “laughs and cries together” with the Japanese people.

Kono becomes the third candidate to throw his hat into the ring for the leadership of the Liberal Democratic Party (LDP), which opened last week when Japanese Prime Minister Yoshihide Suga announced he would step down.

Almost a third of those polled in a poll by national media last week said Kono, 58, a graduate of Georgetown University, was the most suitable to succeed Suga.

Kono said he informed Suga of his intention to show up several hours before the press conference in which he made the official announcement.

The winner of the September 29 vote of grassroots members of the party and its lawmakers is virtually guaranteed to be prime minister because the LDP has a majority in the lower house of parliament.

The new leader would then lead the party in a lower house election due to take place by November 28.

Kishida is reasonably popular and can count on the support of her party faction, while Takaichi, who hopes to become the first female prime minister of Japan, enjoys the support of the party’s conservative flank, including that of the influential former Japanese prime minister. Shinzo Abe.

One open question is whether former Japanese Defense Minister Shigeru Ishiba, who is also highly regarded by party members, would stand alone or support Kono.

While Suga’s support has been undermined by his haphazard handling of the COVID-19 pandemic, Kono, who has been in charge of a difficult vaccination rollout, has remained popular, especially among younger voters.

That’s in part thanks to his ability to reach audiences via Twitter, where he has 2.3 million followers – a rarity in heavily scripted Japanese politics dominated by older men less adept with social media.

Some PLD members believe Kono is too young, and their concerns include his lone wolf style in a system that works on consensus and a straightforward streak that can sometimes see him defy the party line.

Comments will be moderated. Keep comments relevant to the article. Comments containing abusive and obscene language, personal attacks of any kind or promotion will be removed and the user banned. The final decision will be at the discretion of the Taipei Times.

It’s time to give Enya another listen