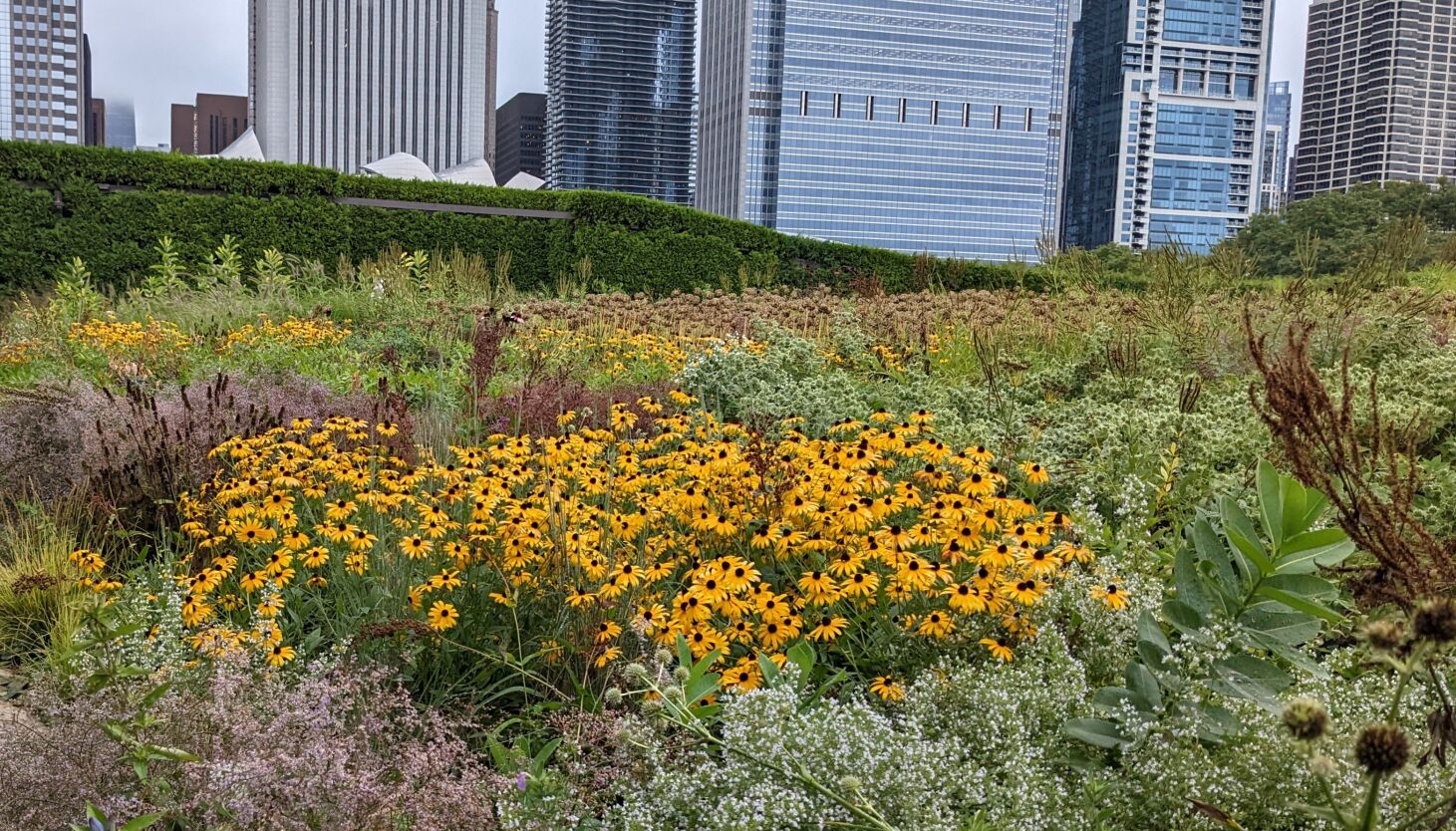 Lurie Garden to Park 566, find beauty and music in Chicago in natural or wild settings

Somehow, Woody Goss and I discovered a mutual love for Park 566.

Considering we just met in early June when I followed Goss as he birdwatched at Cap Sauers Holding Nature Preserve in the Palos region, that our conversation ended in an obscure park on the south side was surprising.

566 Park runs south from Rainbow Beach Park along the edge of the lake to the North Slip off Calumet Harbor across from Steelworkers Park.

I hiked the full length 566 years ago before it was even numbered, trying to learn another way to legally access winter perch at the North Slip. The walk was wonderfully wild, going nose to nose with a red fox.

Since then, some restoration work has been completed but 566 remains wild.

Goss, a musician best known as the keyboardist for global funk band Vulfpeck, surprised me when he said he was so inspired after watching birds that he made a composition: Park 566 (Reprise), available on YouTube. Its composition, Steelworkers Parkis also on YouTube.

For some of us, the essence of the outdoors is a combination of wilderness and seclusion, a getaway to clear our heads.

In the Chicago area, my favorite getaways are Mazonia State Fish and Wildlife Area and Midewin National Tallgras Prairie.

Back in July, when I wrote a column for South Shore Nature Sanctuary, I casually mentioned that I was making a list of the top five places in Chicago in my head. Ken “Husker” O’Malley sent a message saying he would like to see this list.

Thus, Park 566 and the South Shore Nature Sanctuary make two out of five.

I remembered this list on Sunday as my wife and I were strolling after visiting the Cézanne exhibit at the Art Institute. We ended up at the Lurie Garden because Jazz Fest provided the background music.

Considering there are thousands of people within a few blocks of Lurie Garden, it seems like a stretch to think of isolation and naturalness. But that’s the genius of this urban space. I visit Lurie Garden every chance I get. Each season brings different colors, different scents, different shapes and each time feels like living it again.

The trick to these urban wildernesses is to carve out some kind of personal space.

For me, the classic location would be Wooded Island in Jackson Park, which is truly a classic designed for the 1893 World’s Fair by famed landscape architect Frederick Law Olmsted.

I’ve grown to love it over the years, regularly covering the Chicago Half Marathon on a Sunday in September. After filing my story, I would walk to Wooded Island, where I could let my mind wander practically alone with just a few like-minded people, while a few blocks away, thousands of people clustered around the racing festivities.

North Park Village Nature Center also appeals to me. It is a much used natural space, but you can easily create your own space on your own, whether sitting by the water or walking through the woods or the hill.

The personal history helps in this natural time which enlightens the head. When our two eldest were little, we lived a few blocks away and went there often so I could tire them out until nap time.

This time alone and in the natural world has layers of value, some of which are very practical.

For the record, Montrose Harbour, Palmisano Park, Steelworkers Park, and the confluence of the North Fork Chicago River and North Shore Channel were also considered for this list.

A Japanese Philosophy for the Quiet Generation