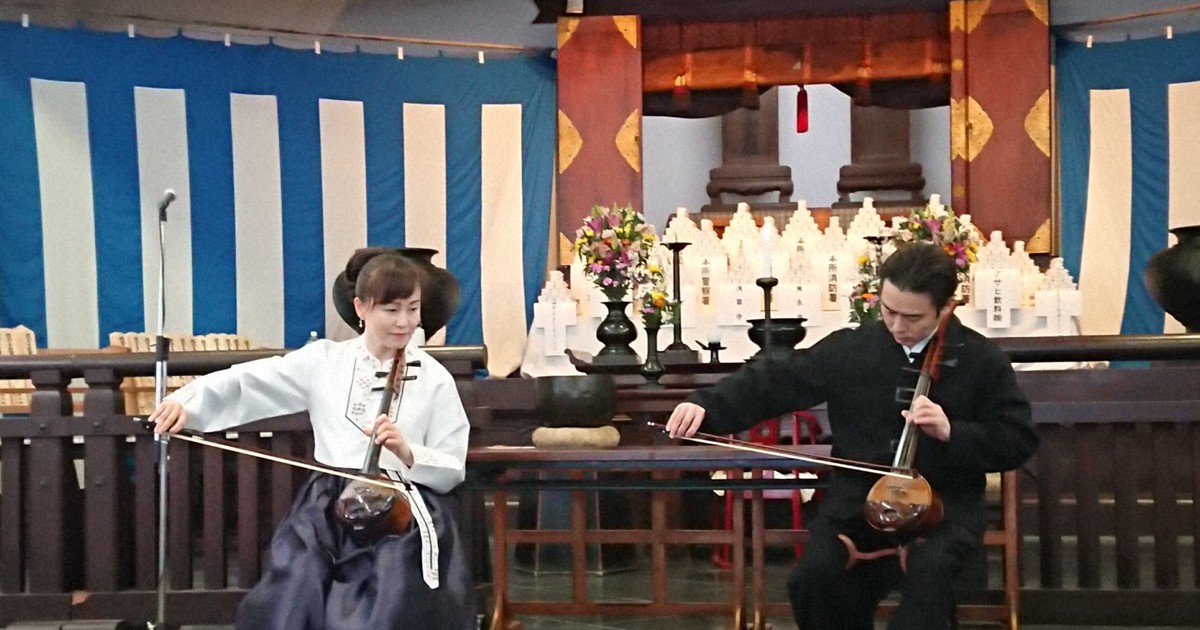 TOKYO — A memorial service for the Korean victims of the March 10, 1945 air raid on the Japanese capital was held March 12 at the Metropolitan Memorial in Tokyo’s Sumida district.

It was the 16th edition of these rallies, which began to shed light on the fact that among the more than 100,000 dead and hundreds of thousands injured in the airstrike, there were also many Korean casualties. Similar rallies were also held in Osaka, spreading the spirit of mourning.

The March 12 memorial service, organized by the Tokyo Air Raid Korean Victims Memorial Association, began with a performance of the Korean folk song “Arirang” on the haegeum, a traditional stringed instrument.

Messages of condolence were read by South Korean and North Korean organizations, and memorial speeches were delivered by those including the Tokyo Legislators’ Liaison Group for Promoting Japan-Korea Friendship of the North, and Shunichi Mizuoka, member of the House of Councilors. In light of Russia’s invasion of Ukraine, many messages called on attendees to reflect candidly on the past of colonial rule and air raids to never allow war.

Seri Min, whose grandfather was the late Iruman Ri, who was actively involved with the Tokyo Investigation Group for Truth About Korean Forced Labor Conscription, read a message on behalf of those present at the rally.

“I want to pass on to the younger generation the fact that Koreans have also been victims of air raids and discrimination, so that this fact is not buried in the darkness of history,” Min said.