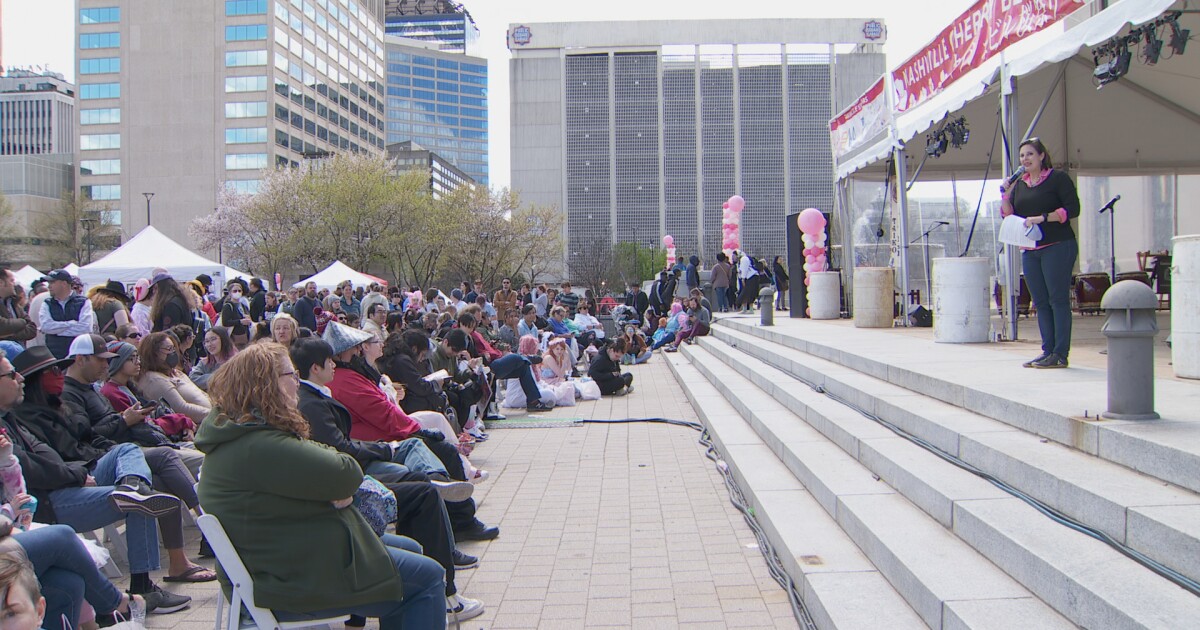 NASHVILLE, Tenn. (WTVF) – It was an immersion in Japanese culture as the Nashville Cherry Blossom Festival made its long-awaited return. For the first time since 2019, thousands of people gathered outside the Metro Courthouse for the festival.

“We didn’t know what to expect, but I think looking at the number of people who are here today, I think it probably exceeded our expectations,” festival director Ginger Byrn said.

The cherry blossom symbolizes a new beginning, often ushering in a new season.

The festival offered something for all ages.

The day started in the morning with a 2.5 mile “Cherry Blossom Walk” along the Cumberland River Greenway. Throughout the day, attendees enjoyed live music, dancing and martial arts.

One of the highlights of the festival was the cosplay contest where participants modeled handmade costumes for a prize of $500.

The festival dates back to 2009 when the first trees were planted in Public Square Park. “It was a project that was started by the Consulate General of Japan in Nashville, Consulate General Sato, and when he came to Nashville, he had the idea of ​​planting cherry trees because of the importance you know in Japan – cherry blossoms – and as a symbol of friendship,” Byrn said.

Since then, the Festival Tree Planting Project has planted 1,000 trees across Nashville.

Now the sights, sounds and tastes of Japan are back, ringing in a fresh start after a years-long hiatus.

Making waves: How the Kermadec shrine is set to send rumblings through the political landscape

The vinyl record fair attracts collectors of all ages