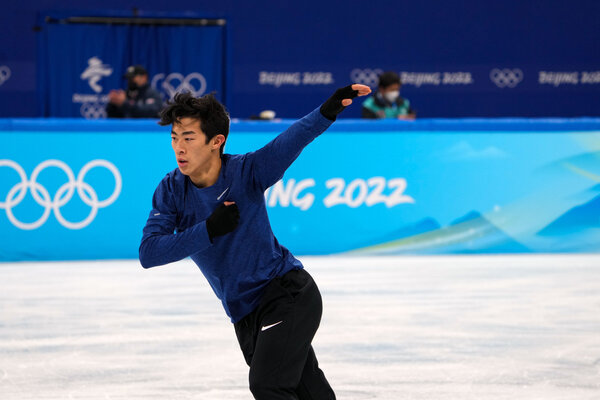 Nathan Chen’s score of 113.97 in the men’s short program at the Beijing Olympics on Tuesday set a world record and also set him up perfectly for a shot at the coveted prize that eluded him.

Two Japanese skaters will stand in his way on Thursday: Yuma Kagiyama, an 18-year-old former TV and movie star who knows how to perform brilliantly, and Shoma Uno, 24, one of only two skaters to have beaten Chen since debut 2018. Kagiyama finished second in the short program, 5.85 points behind Chen. Uno, an Olympic silver medalist in 2018, was third, at 8.07 points.

Competing in his first Olympics, Kagiyama had the mostly Chinese crowd cheering on Tuesday for his entertaining performance to Michael Bublé’s “When You’re Smiling” as he skated a high-powered, high-energy program.

Uno, who skated to classical music, was equally stunning. Even when he landed his hand on the second jump of his quadruple-triple combination, it didn’t hurt his score much.

Afterwards, Uno issued a warning to its competitors: “I will add more complicated and difficult jumps in my free skating.”

Defending two-time Olympic champion Yuzuru Hanyu, one of Chen’s main rivals and the man who held the previous world record in the short program, was conspicuously absent from these top contenders. Hanyu, in a sparkling crystal-studded outfit, finished a distant eighth on Tuesday, 18.82 points behind Chen. A hole in the ice was to blame, he said.

Hanyu opened his program by bailing out a quadruple salchow. The crowd gasped.

“It was an accident, but it’s okay,” he said, explaining that there was a divot in the ice from what was possibly another skater’s toe pick. “I still have a chance. I have a lot of time with the music and a lot of jumping into it, so I can be at my best.

Hanyu bounced back quickly to land a quad combination, triple jump and triple axel in the kind of artistically beautiful performance he is known for. But the failed quad, which earned no points, cost him. He is so far behind Chen and the other leaders that it will be difficult for him to win a medal.