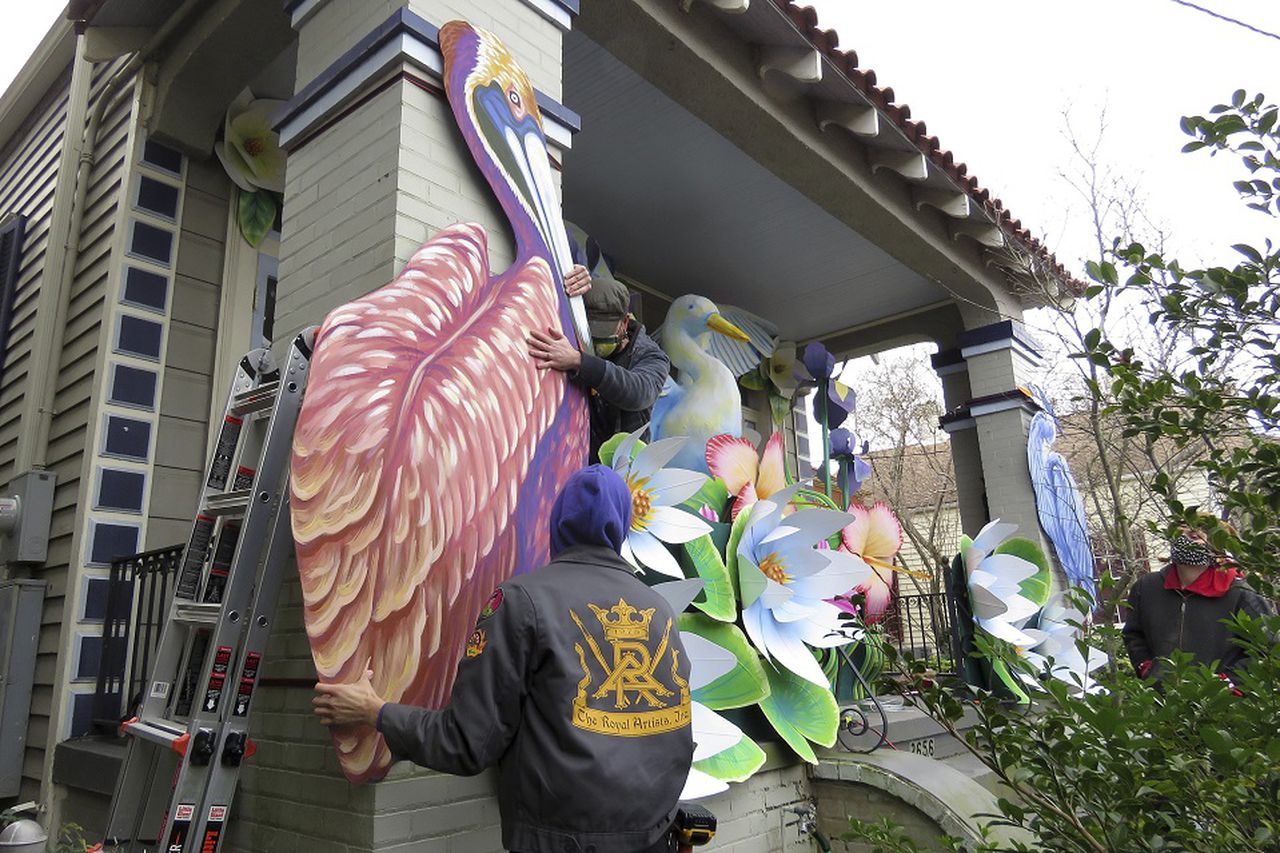 Mardi Gras is February 16 of this year, and while it hasn’t been canceled, the parades that have long been associated with it have been.

But don’t despair, after a spokesperson for New Orleans announced on Nov. 17 that the Mardi Gras parades in 2021 would not take place due to the coronavirus pandemic, a ‘domestic float’ move started almost immediately, reports NBC Connecticut.

All around New Orleans, thousands of homes are decorated as meticulously as the Mardi Gras floats that are typically created for the carnival season leading up to Mardi Gras.

To celebrate Mardi Gras, alternative activities were created including treasure hunts for the iconic trinkets typically thrown from the floats during the parade, outdoor art exhibits, smaller drive-thru or virtual parades, and concerts. .

When New Orleans resident Megan Joy Boudreaux heard the announcement of the cancellation, she jokingly posted on Twitter, “We are doing it. Turn your house into a chariot and throw all the pearls from your attic to your passing neighbors.

Then she decided it was actually a good idea, so she created a Facebook group called the Krewe of House Floats, only expecting a few friends and neighbors to join them. But it attracted a lot more than imagined.

At the official start of the carnival season on January 6, the group numbered more than 9,000 members, including “expatriates” from the United States and the world. About 3,000, including a few as far away as England and Australia, will have their homes on an official map online.

When the Krewe of House Floats visited on Wednesday, there were over 12,000 members. Under “About this group” is indicated:

“Krewe of House Floats is a brotherhood designed for the year without parades and for carnival at home. It might not be safe to have a ‘normal’ Mardi Gras, but we’ll find a way to celebrate!”

For those unfamiliar with Mardi Gras lingo, the krewe (pronounced “crew”) is a social organization that hosts a parade or other celebration for the carnival season. It is best associated with Mardi Gras in New Orleans, but is used in other Carnival celebrations around the world.

Another achievement stemming from the parade cancellation was how it would affect all businesses and individuals who derive a portion of their annual income from the parade. Boudreaux suggested that people could hire or buy from these artists and suppliers, so an artists and suppliers spreadsheet was created. One of them, artist Dominic “Dom” Graves, has booked over 20 courses for five people on professional papier-mâché techniques.

For people who are not tinkerers, lotteries funded by the crowdfunding “Hire a Mardi Gras Artist” have been set up and they have raised enough money to put teams to work to decorate 11 houses, as well. than for work ordered in two other houses and seven companies. . This put about 40 people to work.

Tom Fox, whose wife Madeline painted a scene from Spongebob Squarepants and made jellyfish from dollar store bowls, said he believes a new tradition may have started.

“Even when Mardi Gras returns, I think people will continue to do so,” he said.

Explained: Pros and Cons of the Low Interest Rate Regime