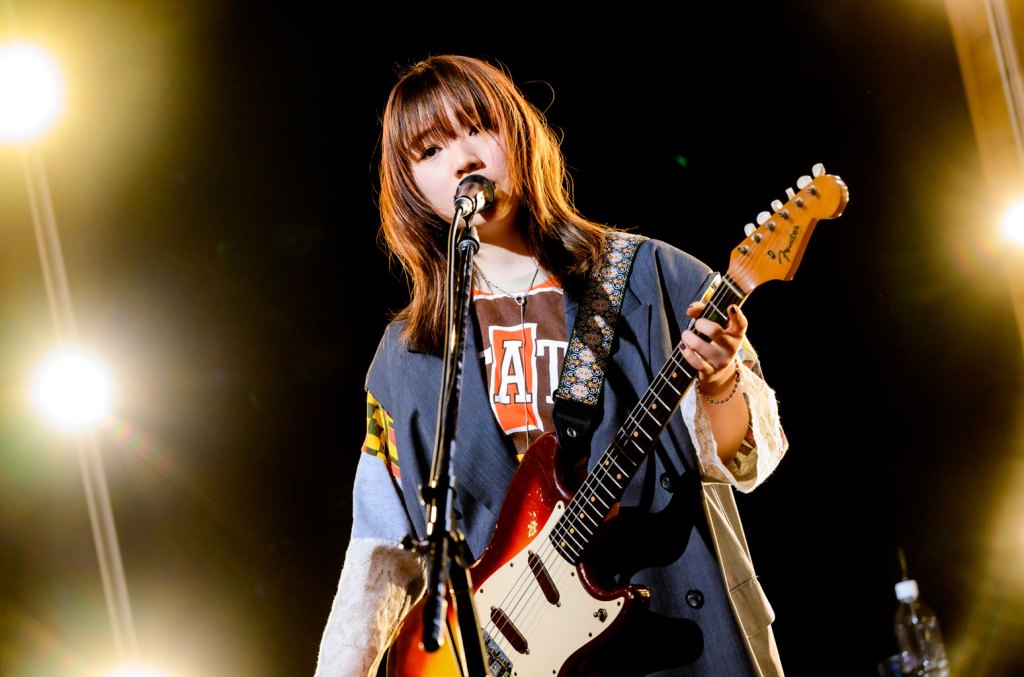 The March edition of Billboard Japan and TikTok’s next fire The show opened on March 4 with a studio concert by rising singer-songwriter Nishina.

next fire is a show on TikTok Live that highlights the the hottest J-pop artists of the moment, based on Billboard Japan’s Heatseekers Songs chart. The collaborative project streams live performances and pre-recorded interviews from the Featured Artist of the Month to present a comprehensive overview of their craft.

This month’s artist is 23-year-old solo artist Nishina, who performed a showcase set including his TikTok hit “Kedamono no Friends” and new single “Slow Motion” released on January 26.

When the livestream started, Nishina appeared on stage with her band members and picked up an acoustic guitar, kicking off the show with “Darling” as soon as everyone was seated. The recorded version of this song features an acoustic arrangement, but the band’s live version features a new angle that catches viewers’ attention. She then put down the guitar and performed “U+,” with her impressive high-pitched vocals in the chorus. The airy sound fills the studio, giving viewers a good look at Nishina’s signature style.

She then took a break to address her fans. “I’m nervous because it’s my first studio gig, but I hope to enjoy it until the end,” she said, then introduced the band. “Tokyo Marble” was next, a track that gets bodies moving with its feel-good groove, and the vibe was picked up in the synthesized sound of the next number, “Kedamono no Friends.” Many viewers noted, “I’ve been hearing this song a lot on TikTok lately” and left messages like “Makes me wanna dance” in the comments.

The singer then took a short break to speak to her audience. “I fancy a chat if you don’t mind,” she said, and talked about this and that, including her wish to one day live with an Aussie Labradoodle.. Then, throwing an electric guitar over her shoulder, she launched into her latest single, “Slow Motion.” Nishina’s vocals were emotionally charged as she delivered the lyrics that showed hints of madness, wowing viewers with her intense performance.

“I’m thinking of ending with a song I wrote for someone who’s always smoked cigarettes,” she said and closed her set with “Heavy Smoke.” The lyrics depicting warm yet twisted love, delivered by Nishina’s emotional vocals, stir the hearts of listeners. It was obvious from the comments that many viewers were waiting for this song. After finishing the song, the singer expressed her gratitude with a simple thank you and quietly left the studio.

A pre-recorded interview with Nishina will air on March 18 starting at 8 p.m. Japan time on Billboard Japan’s TikTok channelas well as an archived version of his March 4 livestream.