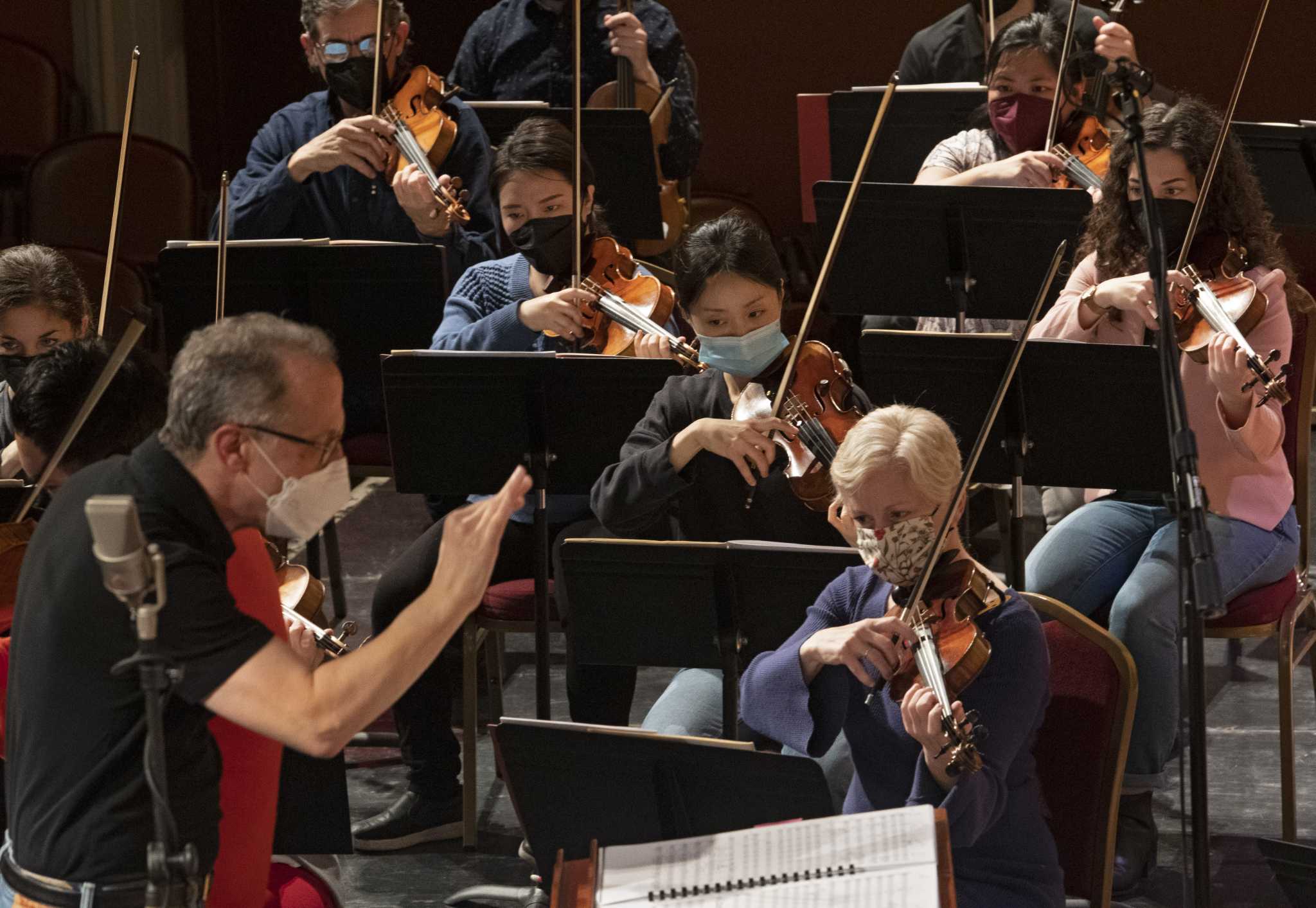 The Albany Symphony Orchestra has established a longstanding legacy in the Capital Region since its founding in 1930.

He has an impeccable reputation and Grammy recognition, but what he never had was a black musician as an official member.

“Frankly, personally, I’m embarrassed,” said David Alan Miller, conductor and musical director of the symphony. “I don’t think it was overt exclusion that kept us from having black members, but I think it’s not acceptable.”

The orchestra has African American substitute musicians who play with them for shows for periods of time, but hopes to bring in members who will be there long term.

A total of 70 musicians are members of the orchestra. The number may fluctuate slightly depending on the availability of members for each concert.

“For each gig, we have a number of our member musicians – usually most of them – on stage, and then we fill in the gaps for people who weren’t available to play,” said Robert Pape, director of the development and marketing. at the symphony.

The symphony orchestra has worked to improve the diversity of the orchestra.

The IDEA Working Group, or Inclusion, Diversity, Equity, and Access, is a body of the symphony tasked with identifying ways to improve diversity. Its mission is to take steps to be more inclusive by expanding the Albany Symphony’s audience and community partnerships, and increasing diversity within the orchestra.

“We are aggressively doing a lot of things to make our institution more progressive, such as: more soloists of color, composers of color, board members, staff members and replacement musicians,” said Miller.

Anna Kuwabara is Executive Director of the Albany Symphony Orchestra. As a Japanese-American musician, she has expressed her passion for people of color to be represented and recognized in the field of classical musicians.

“It’s all systemic,” Kuwabara said. “I think in terms of empathy and sympathy and sensitivity as a person of color myself, it’s something that goes to my gut and my heart.”

Kuwabara focuses his passion for diversity and inclusion by serving on the advisory group for the National Alliance for Audition Support, a national initiative created to increase diversity in symphonies across the country.

She explained how, despite her more than 30 years of experience with orchestras, there has never been a breakthrough in the number of black orchestra members.

“There’s also a pretty big mix of Asian-American people in the orchestras, but still no blacks and browns,” Kuwabara said. “It hasn’t changed much.”

The Sphinx Organization is a Detroit-based social justice organization created by African-American violinist Aaron P. Dworkin, originally from New York. The organization was created to create a pipeline between young musicians of color and classical music at all levels, from youth to professionals.

Bill Neri is the head of ensemble advancement and artist engagement at the Sphinx Organization, and also manages NAAS.

“I was part of one of the first Sphinx Performance Academy sessions when I was in middle school,” he said. “It was my first exposure to high profile artists, and I could relate to these musicians because they sounded like me.”

Growing up as a Cuban-American, Neri enjoyed exposure to a diverse group of high-caliber performers in major symphony orchestras. During his years in the field, he expressed the importance of having stage performance at a young age.

“So many black and Latino musicians who play in major orchestras today mention seeing someone they identify with in an orchestra when they were kids,” Neri said. “They see ‘Oh wow, there’s actually a place for me in this world.'”

A League of American Orchestras report was released in September 2016 entitled “Racial/Ethnic, and Gender Diversity in the Orchestra Field”. The report details how Hispanic and Latino musicians fell from 1.8% in 2002 to just 2.5% in 2014, and African American musicians averaged 1.8% over a 12-year period.

The idea of ​​hiding the identity of musicians while they audition – or blind auditions – is a concept that was introduced in order to address the lack of diversity in orchestras due to the exclusion of people of color. . But it hasn’t fostered much improvement in recent years.

Judith Insell is a professional violist and executive director of the Bronx Arts Ensemble. Insell grew to oppose the concept of blind auditions used in the hiring process for orchestras. “Rethinking Blind Auditions” is an article published from a discussion of professional musicians and administrators of symphony orchestras across the country.

“Obviously they don’t work,” Insell said. “As an industry, we have to be honest. If this worked, there would be no shortage of black and brown people in orchestras. It has something to do with it.

Insell expressed the need that an orchestra should be a complete reflection of the region it represents. In this way, the demographics of the community can be recognized and its inhabitants can be represented.

“A lot of times I would be the only person, black or brown, in the orchestra,” Insell said. “And unfortunately, that hasn’t changed much. It’s been like that for decades.”

In September of last year, members of the Albany Orchestra toured historic neighborhoods to learn about the history of African Americans in Albany and black art.

The tour concluded with the launch of Convergence, a three-year collaborative initiative between the symphony orchestra and community members exploring three art forms with black artists.

“Music has the power to not only be beautiful and comforting, but to show the full gamut of human existence and that’s a lot of what we try to do through our Convergence program,” Kuwabara said. .

While addressing the need for black musicians in the orchestra, Miller spoke about the steps the symphony is taking to create diversity and connect with more artists from the African-American community.

“…We’ve built all kinds of wonderful relationships, but deep down, if the people on stage are predominantly white, then something is missing.”