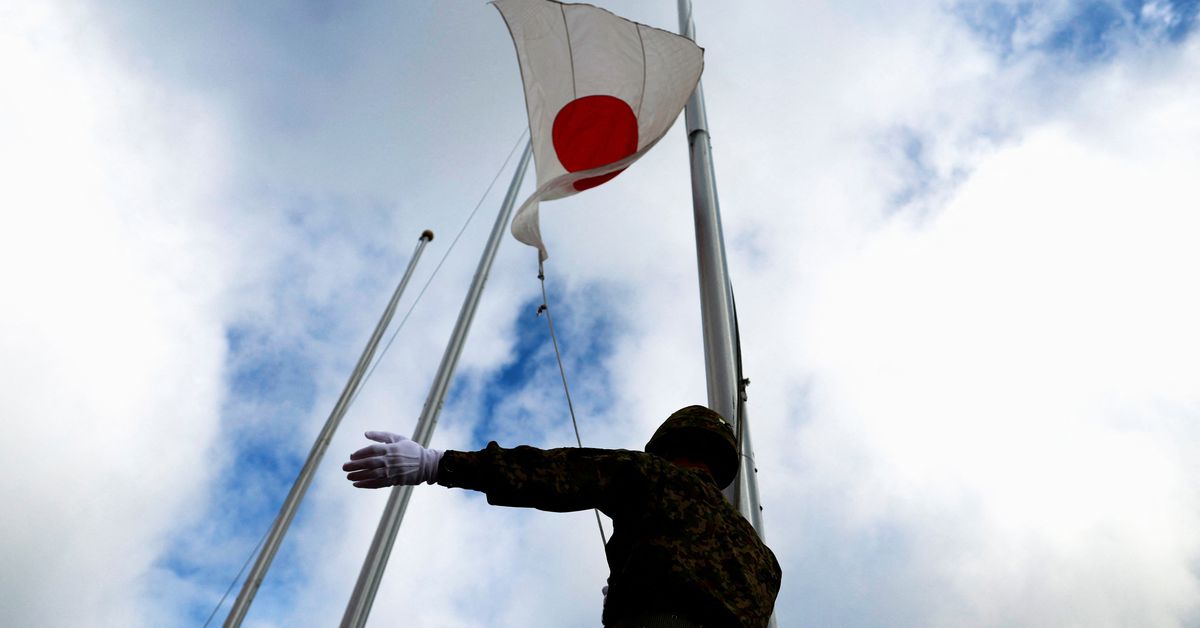 MIYAKO ISLAND, May 12 (Reuters) – Seihan Nakazato wants the missile trucks on the base next to his melon farm to leave, but few others on Okinawa’s Miyako Island, he complains, demand that the Japanese military remove these weapons, which he claims would do so. make it a target for China.

“We are a small community and there are a lot of complicated relationships,” said Nakazato, 68, standing next to one of the greenhouses he fears will be bombed. “Some islanders work for the base and others have relatives in the military.”

As Nakazato harvests his melons on Japan’s key border outpost, Okinawa on Sunday marks 50 years since the United States ended its occupation, raising hopes of a return to normalcy after its devastation during the Second World War. But the chain of islands in the East China Sea, which along with Taiwan encircle Beijing’s forces, fears it could once again become a battleground.

“We are concerned about statements by national lawmakers that a contingency in Taiwan is a contingency in Japan, and recent discussions that appear to imply that Okinawa is involved in an armed conflict,” Okinawa Governor Denny Tamaki said. at a press conference on May 6. The prefecture has around 1.4 million inhabitants, most of them on the main island of the same name.

Russia’s invasion of Ukraine has added to these concerns, with Japanese Prime Minister Fumio Kishida warning of fragile security in Asia.

And Japanese lawmakers from Kishida’s party have said they want strike missiles added to the country’s arsenal – a weapon that could be deployed in Okinawa.

China, which spends nearly five times as much on defense as Japan, says its intentions in the region are peaceful.

“Okinawa will be the front line in the event of war or conflict between Japan and China,” said Masaaki Gabe, professor emeritus at Ryukyus University on the main island of Okinawa, who described himself as an insecure 17-year-old when the American occupation ended.

“After 50 years, the feeling of insecurity persists,” he added.

Bordered by coral reefs and covered in sugarcane, Gabe’s home island is a vital military outpost. It has two airports, a major port and is less than 400 kilometers (249 miles) from Taiwan. It is also 200 km from uninhabited islands in the East China Sea that are at the center of an escalating territorial dispute with China.

The Ground Self-Defense Force (GSDF) camp next to Nakazato Farm, which was once a golf course, is Japan’s newest military base. The missiles deployed there, intended to target Chinese ships sailing in and out of the Western Pacific, are the closest such weapons to China.

“I fear the whole island will become a fortress,” said Hayako Shimizu, 73, leader of a group of anti-grassroots protesters who stand outside every Thursday with flags planted on Nakazato land. .

“There aren’t many people speaking out, although I think a lot of people are upset about that,” Shimizu added.

Base commander Colonel Masakazu Iyota, 52, believes most islanders support or accept the presence of the 700 GSDF troops and their equipment, which he described as a “frontline deterrent”.

“I don’t think our current position is enough,” he said.

Iyota may receive reinforcements after Japan revises its national security strategy this year.

As part of the review, ruling LDP lawmakers have said they want a commitment to increased defense spending, including for missiles that can hit targets on foreign soil.

Japan may delay deploying such strike weapons to Miyako to avoid provoking China, just 600km away, but Gabe predicts the country will station planes and other missiles in Okinawa.

The next phase of military expansion on Miyako could take place at its Shimoji airport, a former senior Defense Ministry official told Reuters, asking not to be identified due to the sensitivity of the issue.

Built to train jumbo jet pilots, it has been a symbol of resistance to militarization since Okinawa’s first post-occupation governor, Chobyo Yara, secured a government promise never to deploy military aircraft there.

Key lawmakers from the ruling Liberal Democratic Party, such as Masahisa Sato, have sought to overturn that.

“Apart from the main island of Okinawa, this is the only other place from which an F-15 fighter jet can operate,” said Sato, a former deputy defense minister, who offered to station air force planes there in 2020. “As we saw in Ukraine, you never know when war will break out.”

Kishida’s party will need local support in Okinawa to build more bases, a tough proposition when resentment of US forces dominates politics.

Of 812 Okinawan residents polled by public broadcaster NHK in March, 56% said they strongly oppose US bases; only a quarter of the 1,115 people outside the prefecture said the same.

A test of whether the LDP can gain ground will come in September, when Okinawa chooses its governor. Tamaki, an independent who wants a smaller military footprint, is on the ballot.

On Miyako, Masahiro Hamamoto, 48, who served as an LDP councilor for eight years, sees a chance for his party to win support on his island, which depends on agriculture, tourism and spending on public works.

“There is a feeling that it benefits the island by having closer political ties with the central government,” said the local drinks and cigarettes wholesaler, born two years after Okinawa returned to Japan.

The income of the 55,000 inhabitants of Miyako represents about 70% of the national average.

“The economy is not good, so people will vote for the LDP,” said Toshiaki Shimoji, 61, a resident of Okinawa’s main island who traveled to Miyako to work on the farm in his family.

“Russia has invaded Ukraine so there will be more defense spending and that could mean more missiles here. I don’t think grassroots protests will change anything,” he added, sitting on a tractor in a sugar cane field.

(The story adds a dropped word in paragraph 18.)