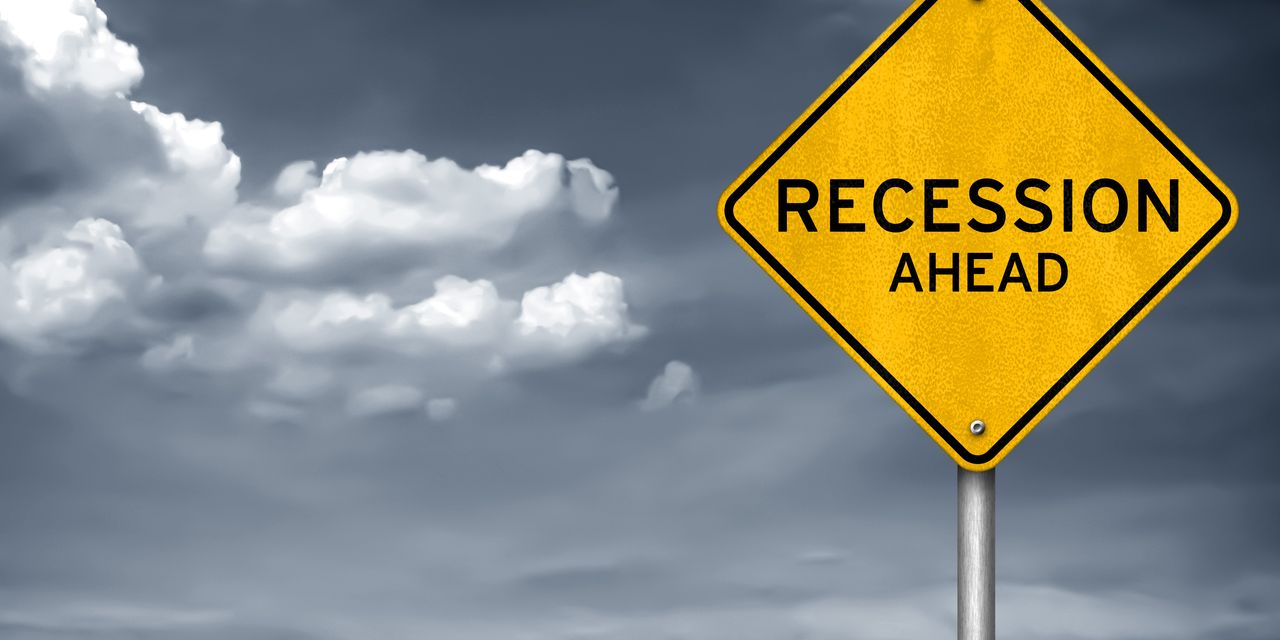 Opinion: Almost all the economic numbers line up: A US recession is likely

The United States is dangerously close to falling into a recession, despite assurances from Federal Reserve officials, Wall Street economists and financial journalists. This is not just a frivolous opinion; that’s what the data says.

Let the numbers speak for themselves.

“A deep, generalized and lasting slowdown”

Contrary to what you’ve heard, a recession – at least in the United States – is not defined by two consecutive quarters of declining gross domestic product (GDP). It’s more nuanced than that.

According National Bureau of Economic Research, a private organization recognized as the official historian of US business cycles, “a recession involves a significant decline in economic activity that spreads throughout the economy and lasts for more than a few months.” The key elements are depth, spread and duration.

The drop in GDP in the first quarter would not meet the criteria, as the weakness was not widespread; it was confined to one part of the economy – the trade deficit – while the rest of the economy grew at a healthy pace. Indeed, imports were high precisely because domestic demand was strong.

And an expected drop in the second quarter that just ended – we’ll know next week when the data comes out – may also not meet the criteria for release, as most of the apparent weakness was in home construction. and inventory growth, not in consumption spending or business production.

In practice, the NBER mainly looks at six coincident indicators to judge whether the economy is expanding or contracting, whether a recession meets the test of depth, spread and duration.

“ The United States has never endured a recession without a significant decline in jobs and a simultaneous increase in unemployment. But Japan has. ”

The most important figure is growth in non-farm payrolls, collected in a survey of businesses. Not only is employment inherently the most important indicator of the health of the economy, but the payroll survey is considered the most statistically reliable of all coincident indicators.

The NBER also examines a monthly estimate of GDP and another view of civilian employment obtained from a household survey. The NBER does not use the unemployment rate because it is a lagging indicator.

Four of these six coincident indicators – real disposable income, real sales, civilian employment and monthly GDP – have declined over the past three months. (Caution: I’m using a slightly different revenue metric than the NBER has traditionally used, because the traditional metric is sending a misleading signal right now. But revenue is slowing down a bit by either metric. .)

A fifth indicator – industrial production from factories, mines and utilities – has slowed and actually fallen over the past month.

Of the six indicators, only nonfarm payrolls continued to grow at a decent pace. Is this enough to give us the assurance that the economy is not in recession? Generally, the answer would be “yes”. That’s why Fed Governor Christopher Waller was so certain when he said recently that “it would be hard to say that we have a recession with a 3.6% unemployment rate.

The United States has never endured a recession without a significant decline in jobs and a simultaneous increase in unemployment. But Japan has.

In Japan, the economy can slide into recession without increasing unemployment, as Japanese companies tend to retain their employees even when their revenues fall sharply. Japan is an aging society and workers are so scarce that companies will keep them on the payroll (with reduced pay and hours) during a crisis until the economy recovers.

This sounds a lot like the current dynamics of the US economy, with companies facing a shortage of capable, willing workers. (And it’s becoming a structural problem for both the US and Japan.) It’s possible that the US economy will start behaving more like Japan’s now that its demographics are more like Japan’s.

Along with these six indicators that tell us how the economy is currently doing, economists have identified other economic data that suggests what the economy will look like in the near future. These so-called leading indicators are universally gloomy.

The ancestor of the leading indicators is the yield curve, which is determined by the spread between the yield on the 2-year Treasury note TMUBMUSD02Y,

and the 10-year note TMUBMUSD10Y,
.
An inverted (or negative) yield curve is the best predictor of an upcoming recession, and it has recently turned negative. Perhaps it will remain inverted; maybe not.

The other major leading indicators were already negative. The money supply is falling now that the Fed is tightening credit and shrinking its balance sheet.

The risk is high

I don’t have a crystal ball. I don’t foresee the economy. I don’t know if the United States is doomed to fall into recession or if it is already there. The bulls may be right that inflation will moderate just enough to give consumers and businesses the confidence and income needed to sustain the expansion.

But I fear that policymakers, economists, investors and journalists are too oblivious to the risk of a recession this year. The data suggests the risk is high and rising.

Rex Nutting has been writing economics for MarketWatch for over 25 years.