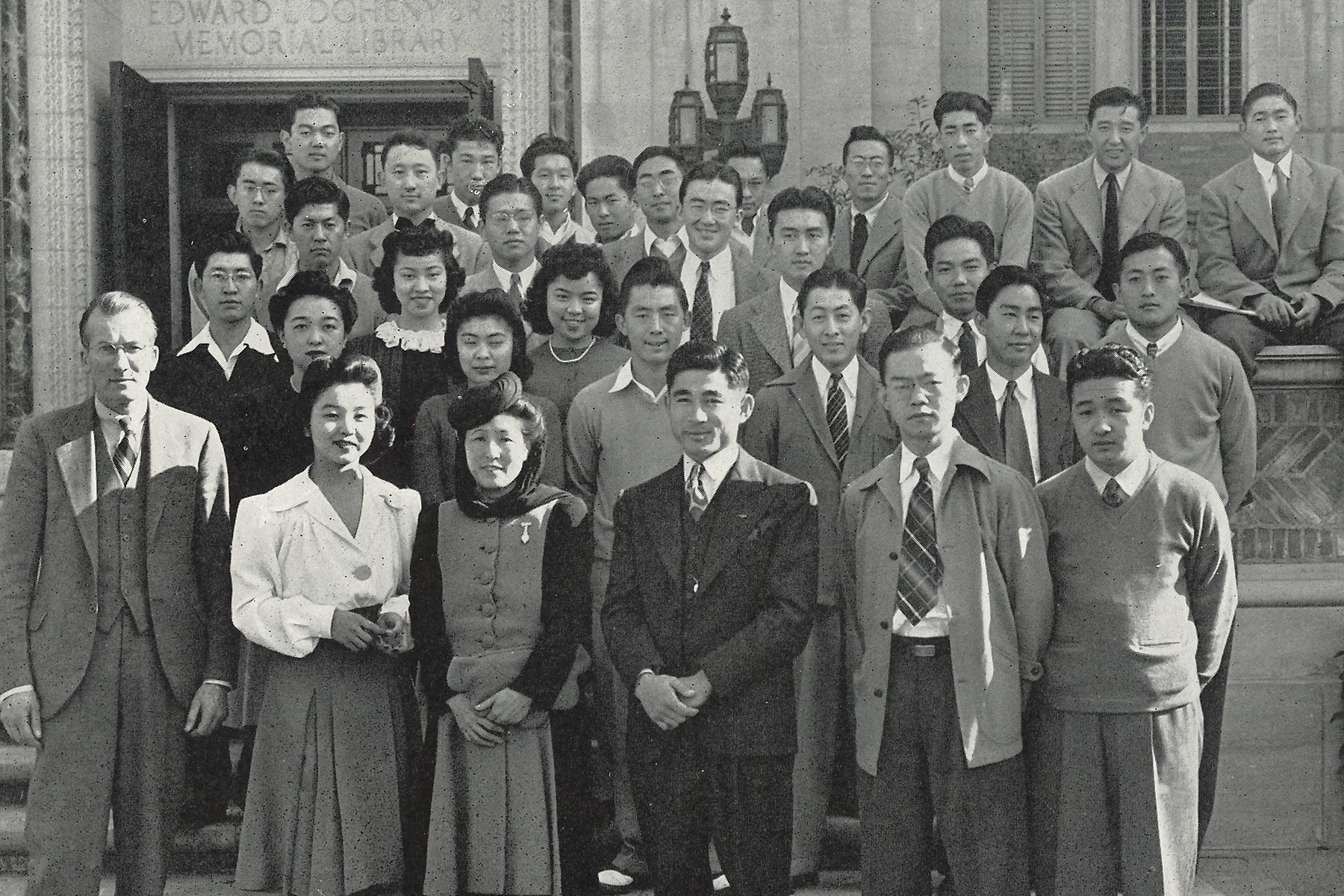 Chuman is part of the Nisei generation – the sons and daughters of the Issei, Japanese citizens who had immigrated to the United States. Chuman and his fellow Nisei accounted for nearly 75% of the approximately 120,000 ordained people in detention centers. The others were Japanese immigrants, including parents and grandparents who were the first in their families to come to the United States.

The length of detention varied for each of them. Chuman – who was forced to live at Manzanar Detention Center, a fenced camp east of the Sierra Nevada Mountains in the Owens Valley – was released from the camp after being there for more than a year.

Over the next 60 years, Chuman climbed far from the valley and completed his law degree. Determined that no one else should face such mistreatment, he became a renowned human rights defender, challenging discriminatory laws and court rulings. His strategy was crucial to a successful, decades-long effort that ultimately led to the courts overturning the conviction of Fred Korematsu, who had been imprisoned after refusing to go to a detention center, against Roosevelt’s Executive Order 9066. By the time USC’s living Nisei students received honorary degrees in 2012, Chuman had retired to Thailand.

When a decision by President Carol L. Folt in the fall authorized the granting of honorary degrees to all Nisei students, it seemed unlikely that any were still alive. Grace Shiba, executive director of the USC Asian Pacific Alumni Association, remained hopeful.

We managed to get in touch with it through our Trojan horse network. The rest is now history.

“From the start of this initiative, I was optimistic that I would find a surviving Nisei student, so I began to search for students who were on file,” Shiba said. “Fortunately, I was encouraged to discover that Frank Chuman was living in Thailand. We managed to get in contact with him through our Trojan horse network. The rest is now history.

Once Shiba made contact in mid-December, a team of leaders from the offices of President, Provost, Admissions, Advancement, and Registrar rushed to issue an honorary degree in Chuman’s name. It was sent to his home in Thailand within days and a video message from Folt was produced immediately.

In full dress, the president addressed the 104-year-old Trojan horse.

“On behalf of our university, I am truly sorry that you were never allowed to complete your law degree at our institution,” Folt said. “Eighty years after this grave injustice, I hope you will accept the degree as our way of thanking you for your distinguished legal career and your undying contributions to Japanese American redress efforts.

“Your civil rights activism and your involvement in historic constitutional cases before the Supreme Court show what is right and just in the United States,” she said. “You are a shining example that our students of today will aspire to follow.”

The Nisei generation: “Bamboo will not break”

Chuman wanted others to know his story. His memoirs Manzanar and beyond, published when he was 94, documents his life journey, which began in Santa Barbara County. By age 7, Chuman’s family had moved to Los Angeles. From a brush with gang membership as a teenager, he became a super achiever in high school as a scholar, athlete, and public speaker. Chuman also became an Eagle Scout before enrolling at UCLA, where he served in ROTC. As he neared graduation in 1938, he considered applying for the foreign service. The dean of UCLA’s political science department at the time dissuaded him, telling Chuman that the State Department would not hire anyone of his ethnicity.

Chuman describes a Depression-era climate in which racism was rampant. It was a time, he wrote, when Nisei Caltech graduates couldn’t get engineering jobs and law firms didn’t hire Nisei lawyers. He found work in a market on West Beverly Boulevard, lugging boxes of produce. The hard-to-lift and shattered crates cut off his hands; he had to use his knuckles to operate the cash register.

“Forget this foolish dream. … All good jobs are for white people, not for Japanese people like us. I remained silent knowing that what he said was true.

Frank Chuman, Manzanar and beyond

Chuman believed there was more to him than manual labor at the market. He saved his salary to continue his education while facing invisible but daunting barriers, an experience he later recounted:

“One day, one of my co-workers in the food department, born in Japan, approached me and sarcastically sneered, ‘I heard you graduated from UCLA and were saving money. money to further your education. Forget that crazy dream. … All good jobs are for white people, not for Japanese people like us. I remained silent knowing that what he said was true.

Chuman was hired as a courier by Los Angeles County in the fall of 1938. He carried files around county departments and courts, where he found the exchanges between attorneys and judges fascinating. He enrolled at USC as a law student in September 1940. After the committal order was issued on February 19, 1942, Chuman was sent to live in Manzanar. He became the administrator of the detention center’s 250-bed hospital. In 1943, he resumed his studies, first at the University of Toledo, then at the University of Maryland, where he was the first Asian American law student. Chuman received his law degree in 1945 and passed the bar in 1947.

In his memoirs, Chuman recalls words from his early childhood, spoken by his mother. His words would sustain him throughout a life that spanned over a century:

The latest: Japanese snowboarder Yoshika injured in an accident

A mystery of the American labor market