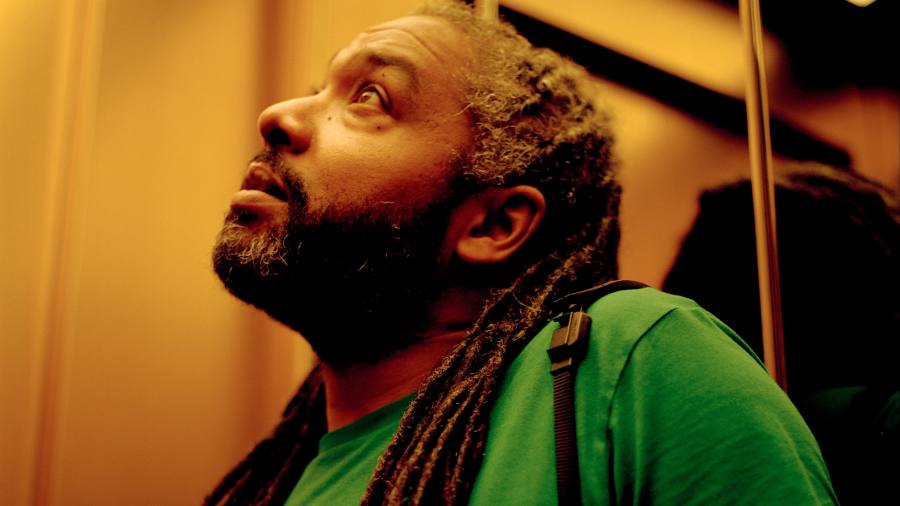 Photographer Eddie Otchere: “Culture moves to the space that allows it to grow”

“Photography has a lot to teach us about creativity and entrepreneurship,” says Eddie Otchere. “It’s more than art. Photographers have to make reality cool.

Otchere, 47, may be the patron saint of British urban photography. He captured the euphoria of London clubs with vivid intensity before making some of the most iconic images of the Wu-Tang Clan and other luminaries of hip-hop. Inspired by photographers such as Neil Kenlock and Charlie Phillips, documenters of post-Windrush black British life, and Ghanaian photographer James Barnor, Otchere describes himself as being in love with the ‘film romance’.

He is a strong advocate of ‘anti-digital’ photography and its unhurried creative process and is part of a London studio collective Film’s Not Dead, which buys, repairs and sells old cameras and teaches students the ropes. of the analog trade. “I love shooting with bastard cameras, old Japanese imitations of classic German cameras,” he says. He denigrates the use of Photoshop to retouch images, believing that “there is nothing unique or distinguishable about digital aesthetics”.

I speak to Otchere via video call from his home in South London before the re-release of Junglist, the mesmerizing and immersive novel he co-wrote with Andrew Green in 1994. Set in the burgeoning London drum and bass scene, which he also filmed, Junglist was inspired in part by cosmic imagery and Afrofuturist messages on the album covers of experimental jazz musician Sun Ra. After four young protagonists over the course of a long weekend, the novel is an exhilarating description of life in the towers at a time when Zone 1 was still full of abandoned and underdeveloped spaces that allowed its inhabitants to ‘innovate. Much of our conversation revolves around the UK capital and its ability to become a world leader in music and art after Brexit.

Growing up in an estate in south London, with a Ghanaian mother and a British father, Otchere is not entirely critical of gentrification, arguing that many areas need to be renovated due to their dysfunctional architecture and their flawed rehousing policies. Or as they wrote in Junglist: “Elevators filled with piss, young wanderers like packs of wolves, shapeshifters, life on edge. Dark, dangerous, erratic. . . My reality, gray, dark, hard, sharp. Relentless, relentless. Reality flies away. “

In the early 1990s, at a time when, he said, “no conservatism was beating down on people who wanted to dance”, Londoners began to mold this reality into their own image. Otchere refers to the emergence of a hyperlocal style of rave music and the rise of pirate radio stations broadcasting from the Brutalist towers. “The creativity of the working class always manages to overcome the loopholes in the system’s assumptions about how people should live,” he says.

But urban redevelopment comes with risks and rewards, warns Otchere. And the rewards often don’t last. “There is this wonderful moment in the first two years of living in a gentrified neighborhood. It’s like an idyllic post-capitalist utopia – the two communities, rich and poor, are there, hanging around – before the final death knell, after the arrival of the joggers, the Mac Store arrives and that’s it: we’re gone.

Otchere spent several years making connections in New York City, photographing the Wu-Tang Clan, Jay-Z, and others at a time when hip-hop was becoming culturally and commercially mainstream. Like London, some parts of the city have changed to the point of being unrecognizable. “Now Brooklyn is the new New York, but it’s a safer city with nothing to feed my camera or enrich my creativity,” he tells me, adding that “culture is moving into the space that allows it. to develop oneself”.

Our conversation returns to London. “We have to be seen as doing it right. The jungle has given us this advantage. I want London to come back to the top, ”says Otchere. “[But] our conversations are dominated by corona and Brexit. We are not moving forward, we are not proposing new ideas. It’s about wanting to encourage these conversations again.

It is not certain that urban music genres can explode again like the jungle and filth did, because in the internet age there are fewer opportunities for a new kind of music to explode. music thrives out of the spotlight. He doubts he would be at the heart of a revolutionary scene these days anyway: “My talent in the 1990s was to be one step ahead. This is such a great advantage. It only happens when you are so dedicated to your thing.

But he was impressed by the internet-focused youth activism during the Black Lives Matter protests. “This generation has done what they’re good at: they’ve used their technology, their language, their abilities to advance their agenda in the hearts and minds of everyone on the planet. It was their fight.

Encouraging young talent has been important to Otchere since he organized his first workshops in 2002, helping graffiti artists in Brixton monetize their art by printing t-shirts. He describes how his workshops in Brighton help lift working class children out of their shells. When mentoring artists at the start of their careers, he emphasizes the importance of “creative turmoil” – making a living from art. “All of my teaching is about the relationship to creativity and real money,” he says.

It does not focus exclusively on the UK. His work with James Barnor, the subject of a retrospective at the Serpentine Gallery in London, led him to reassess his relationship with Ghana, prompting him to promote the cultural activity he animates there. He has organized workshops with young photographers and rents his house in Accra at affordable rates to young creatives. “Culture itself is Accra’s greatest capital and it is collectively nurtured by the community,” he says.

Britain is becoming, in Otchere’s eyes, “more precarious as a nation” after Brexit and pandemic lockdowns. He believes that the role of popular creativity in promoting the progressive qualities of the country is now more important than ever: “Culture has value, culture has value – how do we celebrate that? I don’t know what England want to say to each other, but what I do know is that England did a really good job when we were dancing.

Otchere’s photos are frequently exhibited, he continues to work with young artists and is a judge in the Portrait of Britain photography competition. Even in an age of endless online images, he believes that an image has the power to change people’s thinking. “I’m still the type of guy who believes a photo can end wars.”