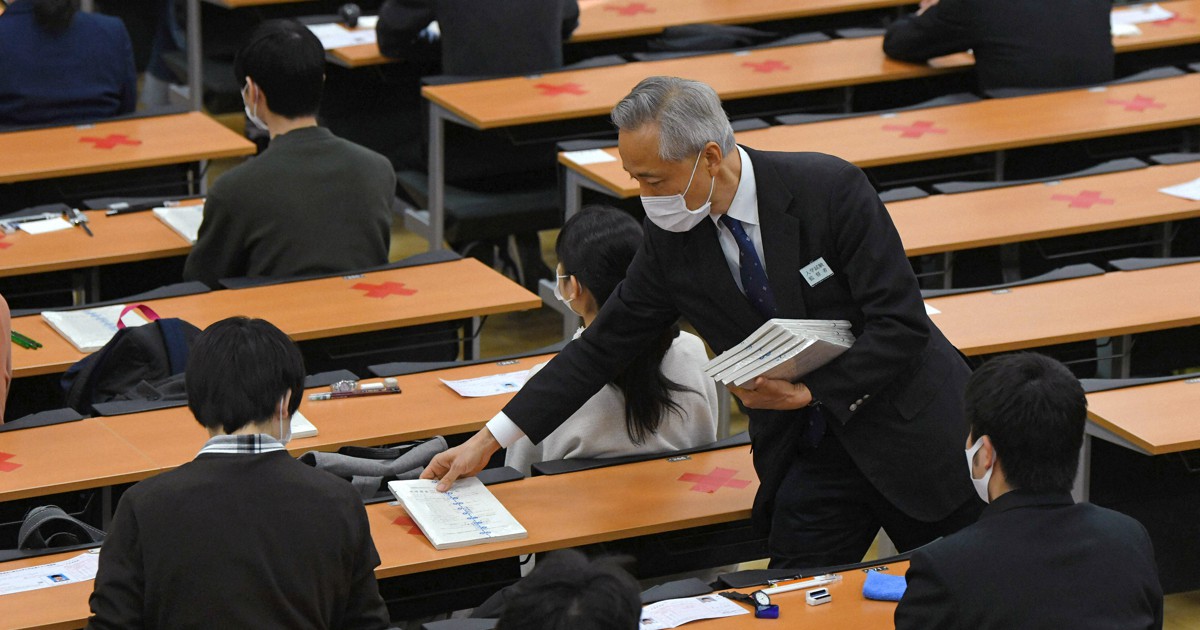 TOKYO – Wealth and regional disparities have left Japan grappling with reform of English exams following the Ministry of Education’s July abandonment of plans to introduce private English tests and written sections in exams from 2025 as part of the standardized university admission examination system.

The decision to abandon the plans under discussion at the Ministry of Education, Culture, Sports, Science and Technology came from the fact that there was no prospect of ensuring fairness and ‘impartiality. These questions were raised from the start.

Instead, the Ministry of Education intends to encourage the implementation of the system in individual entrance exams organized by universities, as it sees them as essential elements of college admissions. Proposals to grant preferential treatment to universities actively incorporating the system have been put forward, but it is not known to what extent the reform will be achieved.

Part of the goal behind the proposed adoption of private English tests assessing the four communication skills of reading, listening, speaking and writing in standardized entrance exams taken by some 500,000 applicants nationwide was to encourage reform of high school classes, which tend to focus heavily on reading and listening.

But some private English proficiency test fees are over 20,000 yen (about $ 182), which means students from low-income households can only afford to take the tests in a limited number. of times. Applicants in some areas may also have limited options of testing locations. Today, the introduction of the new test system has been postponed due to a lack of solutions to economic and regional disparities.

The implementation of the new exams in the individual admission systems of universities is at the discretion of each institution. According to a survey by the Ministry of Education, among those who entered university in the 2020 academic year, only 14.5% of students from national universities were accepted through admission systems accepting results. private English exams. The figures were low for public universities, at only 6.0%, and 19.8% for private universities. Test fees and location issues remain barriers to the widespread use of private English exams.

Kotaro Matsumi heads the Tokyo-incorporated non-profit organization Kidsdoor Fund, which provides financial support to children from poor families aspiring to pursue higher education. He told the Mainichi Shimbun that “the increase in fees may lead to a widening of the existing economic disparities between different families.”

The Kidsdoor Fund awards scholarships to cover the expenses of the Eiken test to lower and upper secondary school students. The results of Eiken’s private English exam are sought after for admission to many universities. But the nonprofit group has not been able to keep up with the annual growth in the number of scholarship applicants. Some students raised concerns, including: “I am looking for a part-time job so that I can take the Eiken, but I cannot find anything” and: “The test is required for admission to university, but I failed with one question. My family says we can’t afford another test. ”

Organizations administering private English exams have also taken action to reduce economic and regional disparities. Candidates for the TOEIC Listening & Reading tests are entitled to a reduction when they retake the test between one and three years after the date of the first exam. The Eiken Foundation of Japan also requested that the 20,000 or so national schools and other bodies serving as group testing sites with exam fees lower than its approximately 400 foundation-designated public sites accept applicants who are not. registered students. Some 400 sites have agreed and the foundation calls for more cooperation.

However, a number of schools have encountered difficulties in accepting other applicants. An English teacher at a Tokyo Metropolitan High School serving as an Eiken venue once a year said, “While we want to increase testing opportunities by offering our facility as a venue several times a year, we will need to juggle school and daily events. tasks and field staff for the test days. There is also the issue of ensuring security, and who is responsible when accepting external applicants. ”