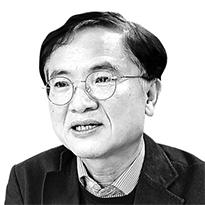 The author is a professor of political science at Korea University.

The time has come to resolve the tangle of historic disputes between Korea and Japan and improve relations between the two countries. President-elect Yoon Suk-yeol recently had a phone conversation with Japanese Prime Minister Fumio Kishida, and the two leaders agreed to cooperate to improve relations. Although they exchanged hopeful remarks for the future, the real question is how and where to begin efforts to resolve the complicated issues.

Kishida maintains Tokyo’s current position that Seoul must present a pre-emptive solution to improve relations, which deteriorated after the Korean Supreme Court ruled that Japan should compensate victims of wartime forced labor. For cooperation to materialize, the Yoon administration must adopt a different approach than the Moon Jae-in administration.

I hope the Yoon administration will come up with a bold plan commensurate with Korea’s global position to create a breakthrough in the stalled relationship and take the initiative to cut the Gordian knot. “Embracing reconciliation” is the philosophical foundation on which to build a solution.

Until now, all attempts to resolve historical issues between Korea and Japan have been based on “reconciliation after admission of responsibility.” The concept is based on the offender offering an apology and the victim’s forgiveness, and it played a vital role in facilitating reconciliation between European countries after World War II. As the method was effective in Europe – and associated with the birth of the European Union – the nations of the continent were free from disputes with each other for decades.

After the shocking 1991 testimony of comfort woman Kim Hak-soon, historic wartime issues surfaced in East Asia. Given the considerable delay in historical reconciliation in the region, the paradigm of responsible reconciliation has been applied to effectively explain and resolve historical issues. Korea and Japan actively sought reconciliation through Japan’s apology and Korea’s forgiveness, leading to the Kono Declaration in 1993 and the Murayama Declaration two years later. In 1998, President Kim Dae-jung and Japanese Prime Minister Keizo Obuchi formulated the Korea-Japan Joint Declaration.

But Kim’s efforts have come up against various obstacles, such as Japan’s distortion of history in school textbooks, territorial claims, visits by Japanese leaders to the Yasukuni Shrine and problems with comfort women. Rather than making progress through reconciliation, historic issues have remained unresolved and Korea-Japan relations have deteriorated to a recent low following the 2018 Supreme Court ruling, which ordered compensation for forced labor in times of war. The paradigm of reconciliation based on the acceptance of responsibility no longer seems valid.

Such reconciliation is closely related to religious reconciliation in the Western Christian tradition based primarily on the relationship between God and human beings – beginning with a sinner realizing his sin, confessing and repenting, being forgiven, then striving to correct. the sin. Reconciliation was possible in Europe because it was enforced at the state level so that Germany apologized and compensated victimized countries.

Japan’s cultural base – beginning from the Edo period and developing through the Meiji era and the Imperial period – is far from Christianity in Europe. As a result, it was hard to expect a convincing response from the Japanese when Korea demanded a “real” apology based on reconciliation and accountability. Although the idea has its justification in terms of morality, we must find a new way of reconciliation if the old one fails to achieve substantial results in reality. I propose “comprehensive reconciliation” to help improve relations and reconciliation between Korea and Japan.

Today, Korea is the world’s 10th largest economy and a military power. Its cultural power is even higher. Korea’s prestige is radically different from what it was in 1965, when the claims settlement agreement was signed between Seoul and Tokyo. We must be proud of ourselves and think and act to match the high stature of the international community. Instead of constantly demanding infinite accountability from the abuser’s perspective from a victim’s perspective, we need to shift our thinking to take a more holistic view by listening to the abuser’s argument, trying to understand it. and heal wounds together.

The argument is not that we just have to forgive them because they will never apologize. Inclusiveness is a way to seek reconciliation beyond apologies and forgiveness.

The concepts of offender and victim are very ambiguous. The concept of victim includes actual victims, victim support groups, individual victims and entire countries. Also, if the damages are totaled when the time between the offense and the reconciliation is too far off, it further complicates the issue. To help accurately capture the essence of historical issues between Korea and Japan, allow me to expand the definition of victim to include various groups.

In the process of reconciliation since the 1990s, the offender’s efforts have provided an opportunity to resolve the rage of actual victims – and some of the rage has in fact been addressed. But during the reconciliation, the victim’s rage grew. They believed that the offender’s efforts were not enough. Such suspicions from the victim ignited anti-Korean sentiment from the perpetrator’s side, which fueled more rage from the victim’s side. During the vicious cycle of anti-Japan and anti-Korean sentiment with rising rage, secondary rage overwhelmed the primary rage of actual victims.

Nationalism, public opinion, and labeling some Koreans as “Japanese collaborators” amplified secondary anger. Secondary anger has snowballed due to misunderstanding, prejudice, ignorance, stubbornness, cowardice and silence on the part of vulgar politicians and dogmatic groups seeking gains by taking responsible Japan, not to mention irresponsible media and intellectuals.

I believe that current historical issues are not a matter of primary anger but of secondary anger. Korea and Japan have solved many primary problems. But secondary issues hamper efforts, and the damage is too great and too painful.

Can we blame the offender exclusively for all secondary issues? Can the offender’s side really resolve secondary rage on the victim’s side with apologies and compensation to the actual victims? I don’t think that kind of reconciliation can solve it. We need to move on to global reconciliation. We must stop pressuring Japan to assume its responsibilities and we must redefine our identity to match our high stature by engaging Japan. We should arm ourselves with a new philosophy of embraced reconciliation and temporarily suspend our secondary anger.

We need to understand Japan’s position that Korea should submit a resolution. In December 2016, Moon Hee-sang, then National Assembly Speaker, and 13 other ruling and opposition lawmakers sponsored a bill to address the issue, but it was defeated without a vote at the end of the session. It could be a good start to revive the bill.

Yoon Suk-yeol’s incoming administration faces difficult issues at home and abroad. Unity and cooperative policy are demanded by the people. But people are skeptical and unsure if it can be accomplished given the national divide and the overwhelming majority of the Democratic Party.

The Korea-Japan Parliamentary Union comprises 154 sitting Korean legislators. As it is a bipartisan body, it can set aside each party’s ideology and interests and judge and act on behalf of the national interest. I hope the bill will be reviewed and passed by legislators in power and in opposition. It will be a touchstone that will lead to the unity and cooperation policy in the conservative Yoon administration.
Translation by Korea JoongAng Daily staff.