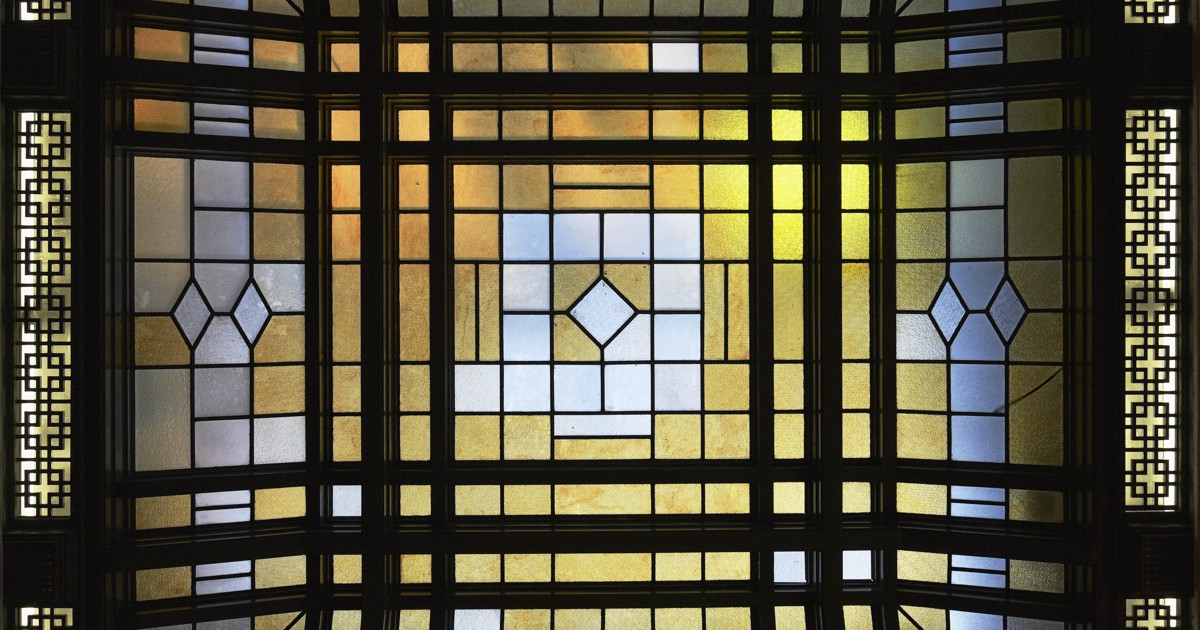 Retro Japan: The colorful rays of the sun stream through the skylight to illuminate Yamanashi Pref. Hall

KOFU – The oldest reinforced concrete building in central Yamanashi Prefecture is Kofu Hojinkai Hall. With its outer walls covered with pebbles and aligned with pillars, it stands beautifully in the center of the prefectural capital.

The building was opened in 1926 as the headquarters of the Kofu Chamber of Commerce and Industry, and is now used by an incorporated association whose name it bears.

The construction was preceded by the Great Kanto Earthquake, which hit the Tokyo metropolitan area in 1923, and resulted in the building’s sturdy structure. Even today, the structure can apparently withstand an earthquake of magnitude 8.5. The great disaster awareness is reflected in the interior layout with many rooms having exits in multiple directions. The design and construction were orchestrated by Hanjiro Naito, the manager of a local construction company.

Inside, on the third floor, the soft rays of the sun filter through a large skylight of about 5 square meters to illuminate the hall. Some of its colored glass parts have escaped repairs and remain the original ones.

Throughout history, the owners have renovated the building several times to adapt it to its new period role. The 1990 facelift was due to deterioration, but architect Kiyoshi Seike oversaw work to restore the building as close to its original form as possible. In 1996, it was registered as a National Tangible Cultural Property.

The Japanese version of this article was originally published on November 28, 2021.

This series explores the architectural marvels and secrets of Japan’s past. Read more articles about retro Japan here.