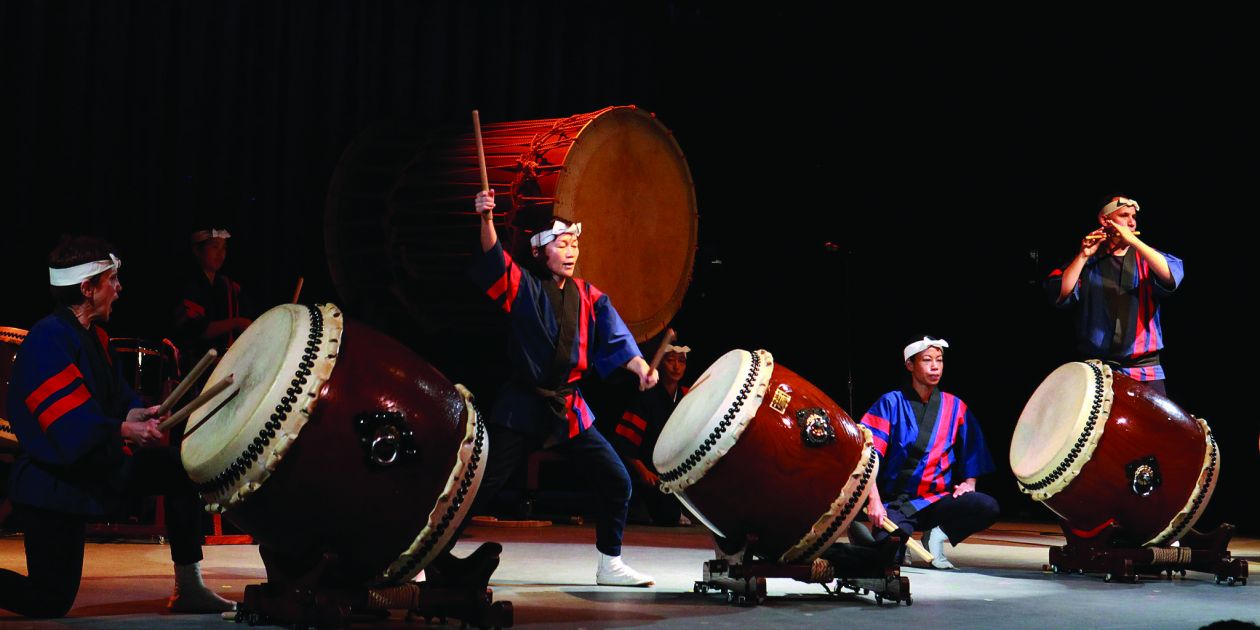 The Japanese Taikoza Ensemble will present a concert – Susquehanna University

Susquehanna University will host the Japanese musical ensemble Taikoza as part of the university’s Artist Series at 7:30 p.m. on Friday, September 23 in the Weber Chapel Auditorium.

Taikoza takes its name from the Japanese word taiko, which roughly translates to “big drum”. Under the direction of musical director Marco Lienhard and drawing on Japan’s rich musical and performance heritage to develop a highly visual experience with colorful costumes and dynamic movements, Taikoza has created a new sound using ancestral taiko drums and bamboo flutes. The band lends a thundering voice to traditional and new compositions through big drums, powerful beats, and electrifying energy that rocks the room. Taikoza was formed in New York City by members of Ondekoza, the group that launched the taiko revival in the 1960s. Taikoza has performed at such prestigious venues as Carnegie Hall, Boston Symphony Hall, Tchaikovsky Moscow Hall and House of Music, Osaka Festival Hall and Lincoln Center.

The Susquehanna Artist Series seeks to encourage an aesthetic appreciation of diverse cultures as well as the artistic heritage of humankind. Performances are often linked in ways that advance intellectual engagement through masterclasses, lectures, or the content of artistic presentation.

Tickets are $20 for adults, $15 for seniors, and $5 for non-SU students. They can be purchased at the campus box office. Located in the lobby of the Degenstein Center Theater, the box office is open Monday through Friday, noon to 5 p.m. during the school year. It is closed on public holidays and during university holidays.