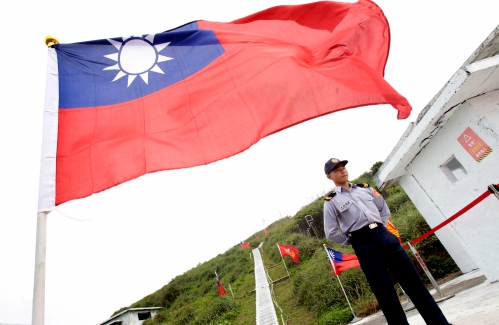 
Recently, Richard Fein (“Taiwan and China: Will There Be War,” May 26) joined The Economist, The New York Times and various US military officials in raising the possibility of China invading Taiwan. Having lived and worked in Taiwan several months a year for the past few years, here are my observations.

First, a demographic fact: most of the people living in Taiwan today were not alive when Chiang Kai-shek and his 30,000 followers fled to what was then an unconsolidated island territory after losing Chinese Civil War against Mao in 1949 (from 1895 to the end of World War II, Taiwan and the surrounding islands were colonized by Japan). The general response from my Taiwanese friends when asked if they were worried about a Chinese invasion is a shrug, because “it’s been like this our whole life.”

A strong cultural bond between Taiwan and Japan remains. According to the Taipei Times, a recent poll showed that more Taiwanese would rather be ruled by Japan again than by China. Numerous polls have revealed that an overwhelming majority of citizens identify as Taiwanese and not Chinese, despite the obvious linguistic connection (much like France and Quebec, which share a mother tongue but differ both culturally and even linguistically. ).

Xi Jinping, President of China, likes to threaten Taiwan over the bogus issue of “reunification” (fact: Taiwan was never part of the People’s Republic of China), and pressures governments around the world to do so. they do not recognize it or trade with it, including the sale of necessary vaccines.

It regularly sends jets over Taiwanese airspace. In response to a Taiwanese official’s invitation to Biden’s inauguration, Chinese military jets arrived from the west, soon chased by US and Taiwanese jets from the east. It is a regular phenomenon, just like industrial espionage.

As the New York Times recently reported, Taiwan is the world’s largest chip maker while China lacks a local industry. China’s solution was to send agents to buy Taiwanese software engineers (a problem so widespread that it is now a federal crime). Chinese military expansion in the South China Sea is also well documented.

And then there’s nearby Hong Kong, which serves as a despicable lesson in Taiwan, where Xi’s brutal crackdown on free speech has normalized the punishment or disappearance of protesters without due process. In response, Taiwan recently made it easier for Hong Kong people to obtain visas.

China is taking advantage of the opening up of Taiwanese democracy to foment cultural disturbances of all kinds, such as supporting pro-Chinese politicians (directly or through surrogates) and harassing Taiwanese religious institutions. A billboard in front of the most beautiful pagoda in Taipei says, “Tibetan Buddhism is not Buddhism.

Nonetheless, China is Taiwan’s biggest trading partner, and many Taiwanese companies have relocated their factories to the mainland where politically connected manufacturers are taking advantage of cheap, if not forced, labor. Readers may find it helpful to watch Heather White and Lynn Zhang’s documentary “Complicit” to learn more about the plight of the children who work in these factories, including Terry Gou’s Foxconn.

Many musicians I know regularly traveled to Shanghai and Beijing before COVID to work in places like Shanghai Disneyland. Taiwanese workers also benefit from a lower tax rate in China; part of Xi’s broader non-military strategy to subsume Taiwan to China through inextricable economic ties. So it’s complicated.

Then there is the personal antipathy between authoritarian lifelong dictator Xi and his political bureau of middle-aged men dressed alike and Taiwan’s first female president, Tsai Ing-wen: single, with a degree. in law from Cornell and a doctorate from the London School of Economics. During his tenure, Taiwan passed East Asia’s first same-sex marriage law and the cabinet includes a trans minister. The annual February 28 Peace and Holiday Park commemorates the suffering of Indigenous minorities, gay rights activists and political opponents of Chiang Kai-Shek (Taiwan did not directly elect the president until 1996; and Shek was , like Xi, a dictator for life).

I repeat, individual rights are non-existent in China.

Finally, Taiwanese politicians cannot openly assert their independence; yet collaborating too closely with China is politically anathema. The United States militarily defends Taiwan, despite the erroneous “one China” policy that we respect.

There are only two things Xi cannot risk being part of his legacy: losing a gun battle or having Taiwan officially become independent. So, at the moment, we’re probably stuck with the relentless Chinese bullying status quo of a Democratic ally of the United States.

Speculation about an impending military conflict may be good for traffic, but not for political stability.