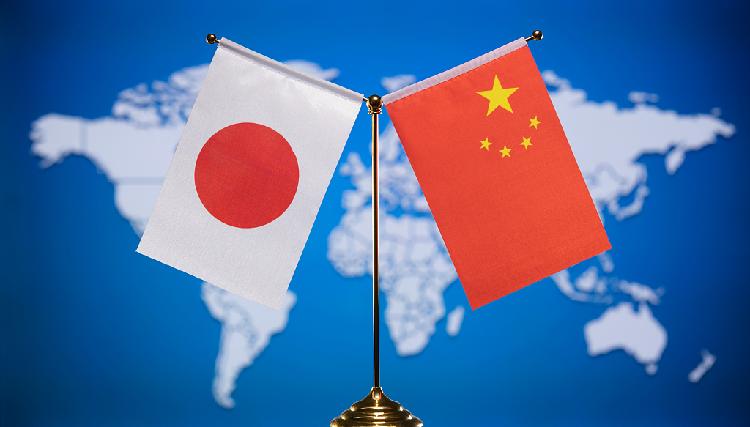 Editor’s note: Hamzah Rifaat Hussain, a former visiting scholar at the Stimson Center in Washington and a former research assistant at the Islamabad Policy Research Institute, is a television presenter at Indus News in Pakistan. The article reflects the views of the author and not necessarily those of CGTN.

Japan in 2022 has so far pursued a polarizing, convoluted and self-defeating foreign policy towards China in which the decision to build alliances with the aim of encircling it exposes its deterrence, presenting itself as strategic thinking unrealistic. The latest inclination is towards Eastern European states, and while the limits of the US-Japan alliance of 2022 have demonstrated that such strategies are not feasible, the decision to woo Eastern Europe should meet a similar fate. Either way, it is Japan that will lose out in pursuing camp politics, given that the international community as a whole has all but shelved such proposals.

Targeting countries like Poland, which is an integral part of China’s Belt and Road Initiative (BRI), will not result in what Japanese Ambassador to Warsaw Akio Miyajama sees as an appropriate strategy to control Russia and China. However, it is interesting for Japanese strategists to go back in history to 2016 when Polish President Andrzej Duda, during his meeting with Chinese President Xi Jinping, said that Polish companies would benefit greatly from participating in the BRI and the signing of a strategic partnership that would lead the two countries to attach great importance to the bilateral relationship, which continues today.

If there are hotspots in 2022, they will be communicated bilaterally; it is therefore a mistake to claim that Poland’s alleged decline in interest in the Chinese economy could be exploited by a third party like Japan to build a military alliance to counter Beijing. Such strategies demonstrate Japan’s narrow and idealistic approach to pursuing a policy of encirclement in Eastern Europe towards China when – beyond the dislike of Russia over the Ukraine crisis – such feeling does not exist.

It is also important to note that the recent decision by Tokyo and Washington to explore the establishment of a multilateral framework regulating the trade of advanced technologies against China has already revealed difficulties in implementation with the possibility of looming Sino-Japanese trade disruption.

Therefore, to believe that Central and Eastern European states would steer their foreign policies in a similar direction with high economic costs is unrealistic. Beyond Lithuania, which has paid the price for its isolationist foreign policy by reaching out to Taiwan and being educated by German companies on the demerits of confronting China, no Eastern European country is ready to commit the blunders that Japan expects of them and which jeopardize the bilateral relations.

Take the example of Croatia, which has been very receptive to Chinese investment and has placed great importance on mutual trust, with President Zoran Milanovic reaffirming Zagreb’s adherence to the one-China principle last year.

If Japan is betting on states like Lithuania, then such a strategy will not hold much, given the collapse of Vilnius’ export market to China as well as the diplomatic embarrassment of disbelief at the Open Parliament Forum of 2021. Japan would also go against the cooperation initiative between China and the countries of Central and Eastern Europe, which has been the foundation of sovereign relations.

It’s high time Tokyo understood that such strategies are counterproductive and will always have limited traction. For a country involved in the Quad with purported goals of securing an open Asia-Pacific under the guise of building a military alliance, it is high time for a massive rethink.

If there were to be a victim of such a political signal, it would be the companies in the states that chose to go the unrealistic path of Tokyo. Even Professor Tomoo Marukawa, an expert on Chinese economics at the University of Tokyo’s Institute of Social Sciences, acknowledged that Japan does not want to antagonize China because the costs of such action outweigh the advantages.

In light of this, looking to Eastern Europe for contentious alliances will always be an exercise in futility, which Japan must understand.