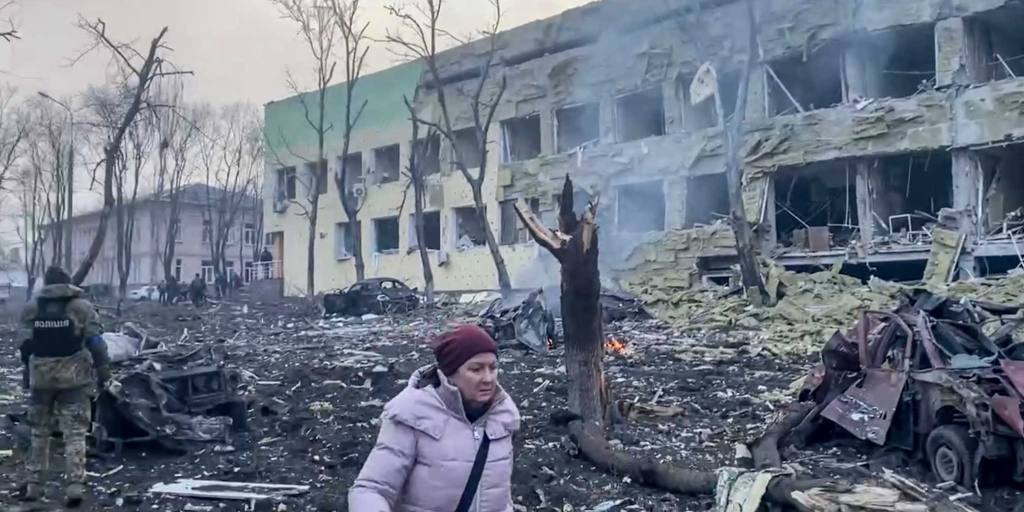 Russia has launched an invasion of Ukraine after months of assembling troops near its borders. The military action, ordered by Russian President Vladimir Putin on February 24, amounts to a full-scale invasion, Ukrainian President Volodymyr Zelenskyy has said.

Losses are piling up on both sides. The repercussions are being felt beyond Europe as growing geopolitical risk and volatility in energy and financial markets rock Asia.

For all of our coverage, visit our Ukraine crisis page.

— China signals change on Ukraine as Russia blamed for atrocities

— US lawmaker urges India to speak out against Ukraine invasion

Entries include material from news agencies and other sources.

To note: Nikkei Asia decided on March 5 to temporarily suspend its reporting from Russia until further information becomes available regarding the scope of the revised penal code.

Here are the latest developments:

6:15 a.m. Ukraine informs the International Atomic Energy Agency that the Chernobyl nuclear power plant has been disconnected from the electricity grid and has lost its external energy supply.

Rafael Mariano Grossi, director general of the IAEA, says the disconnection will not have a critical impact on the essential safety functions of the site, where the radioactive waste management facilities are located. But it will likely further weaken operational radiological security at the site, he says, noting that around 210 technical experts and guards have lived there 24 hours a day since Russian forces took control of the site of the 1986 nuclear disaster. .

The country is already facing a severe shortage of foreign currency after the majority of its reserves were frozen by international sanctions. A continued decline in oil-related revenues would reduce its ability to pay for cars, semiconductors and other largely imported products. Read more.

US benchmark West Texas Intermediate crude futures are down 14% from the previous day.

UAE Ambassador to Washington Yousef AL Otaiba said in a statement to the Financial Times: “We support production increases and will encourage OPEC to consider higher production levels.”

1h50 Ukraine has denounced what it called a Russian airstrike on a children’s hospital in Mariupol.

The Russian Defense Ministry did not immediately comment, but a spokesperson blamed the Ukrainian side for problems with the civilian evacuations, saying they ‘did not yield the expected results’ .

WHO Director-General Tedros Adhanom Ghebreyesus said the WHO had verified 18 attacks on health facilities, health workers and ambulances, including 10 dead and 16 injured.

Putin and Scholz “discussed options for political and diplomatic efforts, including the results of the third round of talks between the Russian delegation and representatives of the Kyiv authorities,” Interfax quoted the Kremlin as saying.

9:32 p.m. Russia must prioritize grain supplies for domestic bakeries over export markets, Prime Minister Mikhail Mishustin has said. According to Reuters, he also unveiled new measures to support the national economy in the face of international sanctions against Ukraine.

9:20 p.m. The European Union has agreed to impose sanctions on another 160 Russians, including 14 prominent oligarchs and businessmen, and to freeze transactions with Belarus’ central bank related to reserve or asset management, it said. the European Commission.

The new sanctions include the restricted provision of SWIFT services to Belagroprombank, Bank Dabrabyt and the Development Bank of the Republic of Belarus, as well as their Belarusian subsidiaries.

The new safe containment arch above reactor 4 of the Chernobyl nuclear power plant in December 2019. A power failure at the plant opens the risk of radioactive leaks in the next 48 hours. ©Getty Images

7:05 p.m. The International Monetary Fund has approved $1.4 billion in emergency aid to Ukraine to fund government spending and shore up the country’s balance of payments, central bank governor Kyrylo Shevchenko said in a statement.

6:55 p.m. Toyota Motor announces it will donate up to 2.5 million euros ($2.7 million) for Ukraine through organizations such as the United Nations High Commissioner for Refugees and the Red Cross. The Japanese automaker will donate €500,000 unconditionally, while its European wings will contribute up to €2 million, four times the amount donated by employees across Europe.

In addition, Toyota will allow up to 40 paid hours per year per employee if it offers Ukrainian refugees temporary accommodation in Poland, Hungary, Slovakia, Romania and other countries, or if it offers linguistic assistance to refugees.

Toyota Motor announces it will donate up to 2.5 million euros ($2.7 million) for Ukraine through organizations such as the United Nations High Commissioner for Refugees and the Red Cross. © Reuters

6:00 p.m. The number of people fleeing Ukraine since the start of the Russian invasion has now probably reached 2.1 to 2.2 million people, according to the head of UNHCR, the UN refugee agency. UN High Commissioner for Refugees Filippo Grandi told a news conference during a visit to Stockholm that ‘now is the time to try to help at the border’ rather than discuss how to distribute refugees between countries. Grandi added that Moldova, which is not a member of the European Union, is particularly facing a wave of refugees.

4:24 p.m. European Commission President Ursula von der Leyen said the bloc had purchased enough liquefied natural gas to be independent of Russian imports until the end of winter. Von der Leyen also told German ARD television that the sanctions against Russia for its invasion of Ukraine were designed to have the maximum impact on Moscow while causing the least possible damage to Western economies.

People walk past a damaged building in the town of Irpin outside the Ukrainian capital Kiev as they flee advancing Russian troops on March 8. © Reuters

2:24 p.m. An air alert was declared Wednesday morning in Kyiv and its surroundings, with residents urged to get to bomb shelters as quickly as possible. “Kiev region – air alert. Threat of missile attack. Everyone immediately under cover,” regional administration head Oleksiy Kuleba said on Telegram. For days, as Russian forces besieged Ukrainian towns, attempts to create corridors to evacuate civilians safely failed amid relentless fighting.

12:00 p.m. Indonesian President Joko “Jokowi” Widodo has called for a ceasefire in the war between Russia and Ukraine and said continued dialogue rather than economic sanctions against Russia is the way to resolve the crisis . Speaking in an exclusive face-to-face interview with Nikkei editor Tetsuya Iguchi on Tuesday, Widodo said sovereignty and territorial integrity “must be respected by all parties”.

11:59 Yum Brands, parent company of fried chicken chain KFC, said it was suspending investment in Russia, a key market that helped the brand achieve record growth last year. Yum also says it is suspending operations of its 70 KFC-owned restaurants in the country and is finalizing an agreement to suspend all operations of the Pizza Hut restaurant in Russia, in partnership with its master franchisee. Yum has at least 1,000 KFC locations and 50 Pizza Hut locations in Russia, almost all of which are independent franchises.

To catch up on previous developments, see here.