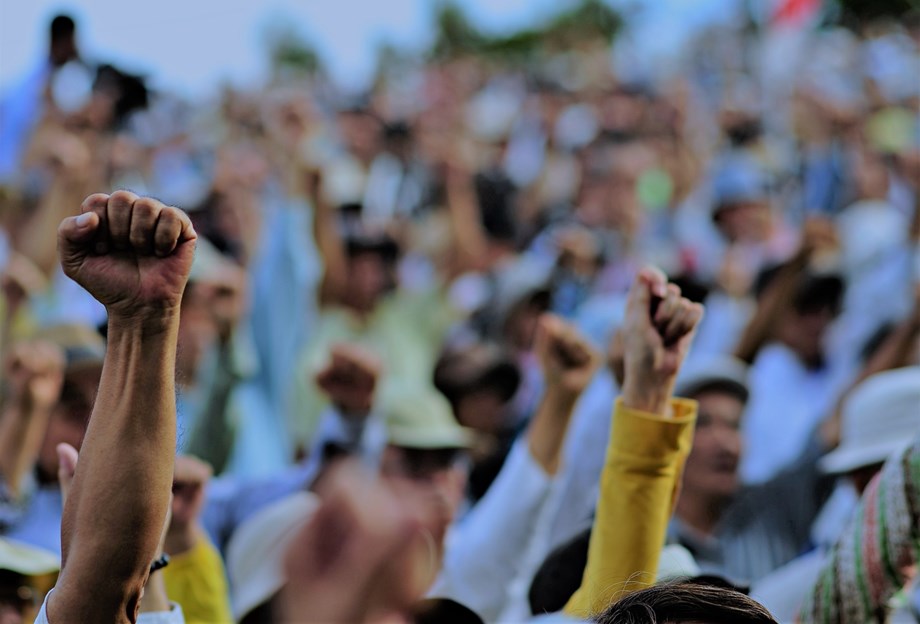 Thousands of followers of the Unification Church gathered in South Korea on Thursday to protest negative Japanese media coverage of their religion after the suspect in the assassination of former Japanese Prime Minister Shinzo Abe blamed the Church for his family’s problems.

The protesters, mostly Japanese followers who moved to South Korea after marrying Korean brides, insisted the Japanese reports were led by anti-Church Protestant experts, lawyers and pastors from the unification who “baselessly” blame their church for Abe’s death.

They said such media reports and comments have destabilized Japanese churchgoers, who already face social persecution and fear being pressured by family members to recant their faith.

There have been instances where followers of the Japanese Unification Church have been kidnapped or confined by relatives who attempted to deprogram them from their religion.

An extreme case involved a man named Toru Goto, who was confined to a Tokyo apartment for more than 12 years until 2008 as family members tried to force him to renounce his faith.

Protesters at the Seoul rally chanted slogans denouncing the situation in Japan as religious repression and held up signs written in both Korean and Japanese that read “Stop the assault on human rights” and “Don’t never forgive the cases of kidnapping and confinement”. “At this time, all believers in the Family Federation for World Peace and Unification in Japan are exposed to an outdated witch hunt motivated by biased and distorted reporting,” Yamada Taeko said tearfully on a stage, using the official name of the church.

“We call on all media to immediately play a leading role in ensuring that religious freedom is properly protected in my beloved homeland, Japan,” she said.

The church’s supporters in Japan and its deep ties to the country’s conservative politicians have been the subject of intense media coverage since Abe’s assassination on July 8.

The suspect, Tetsuya Yamagami, allegedly targeted the former prime minister over his alleged ties to the Unification Church, which the man hated because he believed his mother’s massive donations to the Church had ruined his family.

Abe, in a video message to the church-affiliated Universal Peace Foundation in September 2021, praised his work for peace on the Korean Peninsula and his focus on family values. Some experts say Abe’s video appearance may have motivated his attacker.

Japanese Prime Minister Fumio Kishida reshuffled his cabinet last week in an apparent attempt to distance his administration from the Unification Church over its ties to Abe and senior members of the ruling party.

The South Korean church, known for its mass marriages and its late founder who called himself a messiah, has forged close ties with many of Japan’s conservative lawmakers.

Among them are members of Abe’s Liberal Democratic Party, which has governed Japan almost continuously since its founding in 1955.

The church was founded in Seoul in 1954 by the late Reverend Sun Myung Moon, whose staunch anti-communism was strongly supported by right-wing Japanese politicians, including Abe’s grandfather, Nobusuke Kishi, who was also Premier minister.

Church fundraising has been particularly aggressive in Japan, critics say, as Moon taught congregants they should give more money to atone for the sins committed by their ancestors who colonized the Korean peninsula, controlled by Tokyo from 1910 to 1945.

(This story has not been edited by the Devdiscourse team and is auto-generated from a syndicated feed.)