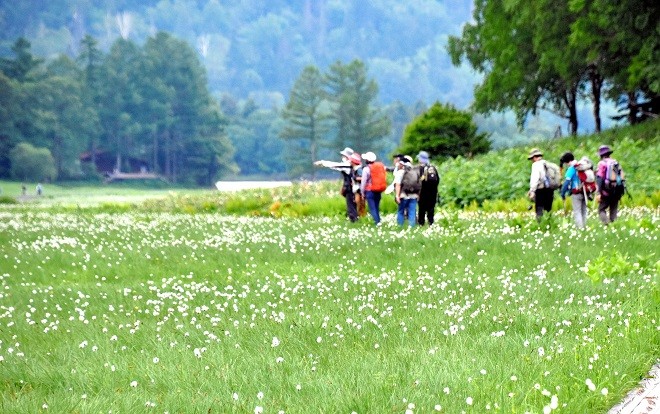 Conjuring up images of the scenic marshes of Oze, the song became a hit and attracted many visitors to what is now Oze National Park.

The park has 18 public restrooms, but no sewage system. Instead, the sewage is dried and flown in, costing 10 million yen ($7,330) per year per bathroom.

Honor system collection boxes have been placed to charge 100 yen per user. However, based on the number of toilet users captured by sensors, the amount actually collected averaged only 24 yen per person, meaning that three out of four users did not pay.

The Oze Preservation Foundation has partnered with PolicyGarage, an NPO specializing in public policy research, to determine the best way to get users to pay.

Last summer, they launched a series of 20-day experiments.

First, they kept the collection boxes, but removed all the posters that asked people, in stuffy bureaucracy, to contribute financially to the maintenance and management of the facilities.

Nothing has changed, however.

Then posters were put up asking people, “What season do you like in Oze?” In summer or in autumn? Two different collection boxes were placed nearby, one for “summer” and the other for “autumn”, asking people to throw 100 yen coins into the box of their choice.

This too did not produce the desired result.

Finally, a poster with a close-up photo of a little girl’s beautiful, innocent eyes did the trick. The average payment amount has increased to 34 yen per person.

“People have probably become aware of other people’s gaze, especially the next generation,” noted Toshika Ishii, 52, secretary general of the Oze Preservation Foundation.

This particular experiment used the so-called nudge method, which subtly encourages the subject to behave in a certain way, rather than promising a reward or exerting pressure.

In a classic example of a successful case, the cost of toilet cleaning was dramatically reduced by drawing a target on each urinal.

The Guardians of Oze continue to explore psychology and behavioral economics in search of the most effective ways to engage audiences.

In Oze, the “nikkokisuge” daylilies are now at their peak. If you decide to go, remember to bring 100 yen coins.

From manga to politics – Book and Film Globe

Meet the nurse behind some of your favorite songs