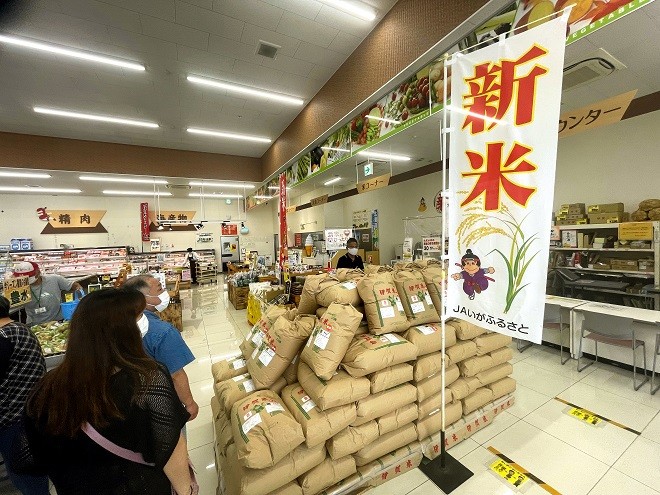 Author Kozaburo Arashiyama, an avid rice fan, objects to the common usage of the term ‘shinmai’ (literally ‘new rice’) to refer to a novice.

In the past, he claims in his essay, a novice was called a ‘shinmae’ – ‘shin’ meaning ‘new’ and ‘mae’ short for ‘maekake’ (apron). In other words, a novice was someone who wore a new apron.

But shinmae has become shinmai over time, and Arashiyama is annoyed that it’s “disrespectful to new rice”.

It also gives the thumbs down to the idiom “hiyameshi-gui” (literally, “eating cold rice”), which refers to someone who is looked down upon or given the cold shoulder.

“Why ‘omusubi’ (rice balls) are perfectly good when cold, and chilled ‘chazuke’ (rice served in a bowl of iced tea) is a deliciously refreshing summer meal,” says Arashiyama in his essay entitled “Gohan-tsu”. (Rice connoisseur).

I couldn’t agree with him more. These days, too, there are developments that make me want to encourage rice more than ever.

Rising wheat prices around the world are slowly driving up the price of bread here in Japan.

To avoid any further increase, the government has decided to freeze the prices of imported wheat. The situation is worrying.

For Japan, however, rice is an option.

The sharp increase in the price of wheat is due to the war in Ukraine which is hampering exports. Given this, it is natural for anyone to be concerned about food safety in an emergency. For Japan, this cannot be discussed without rice in the equation.

In his book “Kokumin no Tame no Shoku to No no Jugyo” (Food and Agriculture Lessons for the People of Japan), Yamashita recommends that the government change its rice production policy from controlled production to increased production and export of rice in times of peace.

If shipping were to be completely halted, he continued, rice destined for export would have to be consumed domestically. And since this arrangement differs from storage, it costs nothing, he argues.

This plan may have various issues that need to be addressed, but I think it is worth looking into.

As for the situation of this year’s rice harvest, most regions would report similar levels to last year. Grateful for this good news, I look forward to the arrival of the new rice.