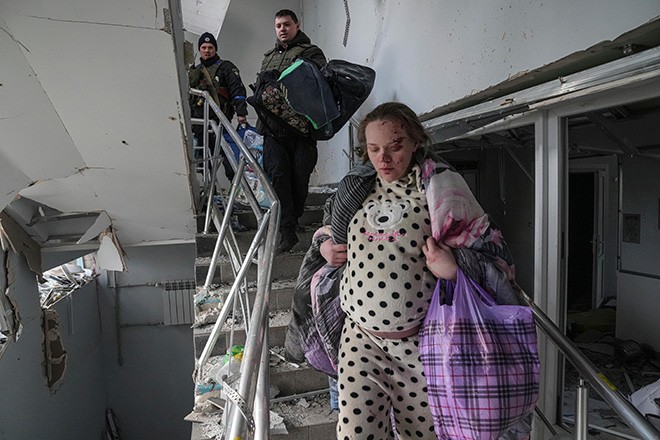 The Kremlin is the seat of Russian government. But originally, as a common name, the word meant the citadel of a Russian city.

I don’t know what’s going on in the inner sanctum of the Kremlin in Moscow, except that its veil of secrecy seems to be thickening more than ever.

An independent Russian media reported that senior officials from the foreign intelligence branch of the Federal Security Service (FSB) have been placed under house arrest.

The officials were responsible for keeping President Vladimir Putin informed of the situation in Ukraine. Their fall from grace is said to be due to their faulty intelligence.

If the report is true, Putin may have vented his frustration on his spy chiefs, embittered that his invasion of Ukraine is not going as planned.

It has become apparent over the past two weeks or so that Russian forces are fighting hard against fierce resistance from Ukrainian troops. Perhaps the Russians are adjusting their military deployments and strategies.

However, history teaches that such scrutiny often leads to an even more brutal assault.

When American forces began bombarding the Japanese mainland during the Pacific War, initial targets were mostly limited to military installations.

After pointing out that this strategy was not effective, the U.S. military recalled its Japanese commander and moved to indiscriminate bombardment of population centers.

Firebombs, spitting out jelly-like gasoline, rained down on Japanese cities of all sizes.

The new commander, Major General Curtis LeMay of the US Army Air Forces at the time, apparently knew the campaign was against international law, but stayed the course.

He reportedly told his subordinate after the arson attack: “If we had lost the war, we would all have been prosecuted as war criminals”.

Russian forces have already bombed a maternity hospital, a kindergarten and a housing complex in Ukraine.

This inhuman war continues in violation of international law. How can we stop it?